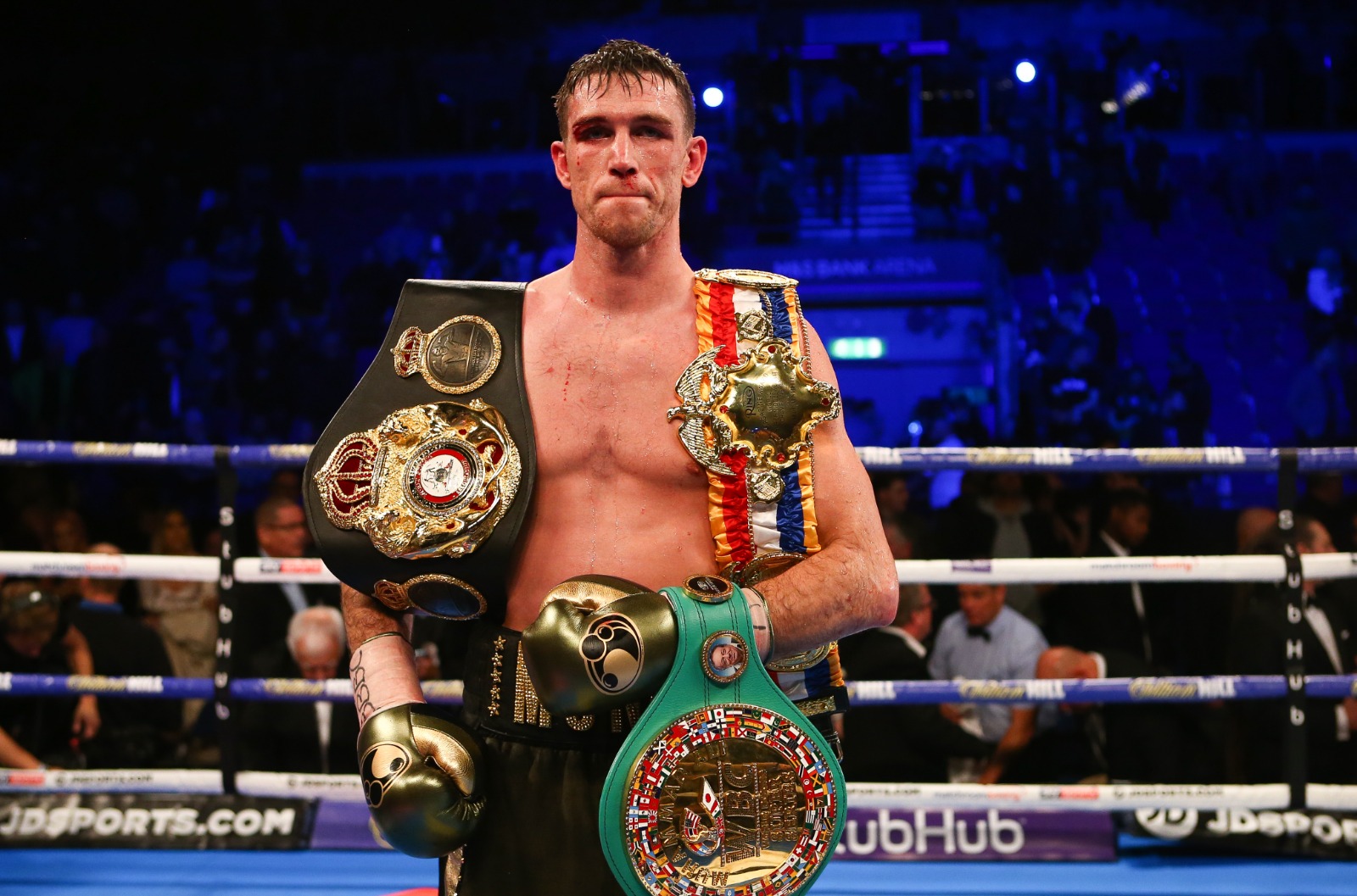 Liverpool prospect Marcus Molloy kicked off the evening’s action with a comfortable points win over Stockport’s Jamie Quinn to improve his unbeaten record to 2-0.

Two-time World title challenger Stephen ‘Swifty’ Smith recorded his third win of 2020 with a shutout points with over Sandhurst’s Jonny Phillips to move his record to 28-4 (15 KOs).

The Belfast boxer backed up Evans with a series of unanswered punishing hooks to force the referee’s intervention and claim victory in the final eliminator with his 22nd KO.

Skelmersdale’s Super-Lightweight talent Tom Aitchison made it two wins from two fights as a professional with a classy points win over Croatia’s Matija Petrinic.

Dodd was declared the winner via scores of 38-38, 38-39, 37-39 after fellow Merseysider Farrell suffered a bad cut above his eye during an accidental clash of heads in the fourth round.

Tony Bellew-managed Light-Heavyweight prospect Thomas Whittaker-Hart improved his perfect record to 4-0 (2 KOs) with a fifth round TKO win over Croatia’s Josip Perkovic to round off a successful first year as a professional.

Fowler dropped Scarff to the canvas in the ninth round before claiming victory via scores of 98-91 three times on the judge’s scorecards to make it two wins from two since suffering the first loss of his pro career to Fitzgerald back in March.

“His nickname is ‘Horrible’, he didn’t want to fight. That was a horrible, frustrating fight,” Fowler told Sky Sports afterwards. “As long as I win, that’s my main priority.”

Bournemouth’s Chris Billam-Smith stopped hometown fighter Craig Glover in five rounds to claim the vacant Commonwealth Cruiserweight title. ‘The Gentleman’ dropped Glover three times before the fight was waved off to put himself in line for a rematch with Richard Riakporhe after losing his undefeated record to the Londoner in July.

Billam-Smith caught Glover with a heavy right and followed up with two crunching hooks to send the Liverpudlian crashing to the canvas at the end of the fourth round. He then dropped Glover for a second time after unleashing a barrage of blows and after the Liverpudlian was floored again the referee called a halt.

“Craig is a very good fighter. I was scared going into that fight,” said Billam-Smith afterwards. “I’d love that fight next [Richard Riakporhe vs Jack Massey].”

Callum Smith successfully defended WBA ‘super’ Super-Middleweight World title for a second time with a hard-fought 117-111, 116-112, 116-112 victory in his homecoming fight but was pushed all the way by mandatory challenger John Ryder.

Smith, who was fighting as a World Champion for the first time in Liverpool, put his lacklustre performance down to a lack of fear of Ryder, who was a massive underdog heading into the fight, giving away both height and reach.
“I want the best names in the division and I’m not disrespecting John Ryder but there was no fear tonight,” Smith told Sky Sports afterwards.

“I just want a big name, where if I turn up like tonight I’ll lose. That fear brings out the best performance in me, I feel I need that.”

“I thought that was harsh,” said Ryder. “I thought I forced the fight, he was just nicking rounds, if that. I thought I done enough to win that.

“I’ve lost for the British title three times, I’ve come back and fought for a world title against the world No 1. I think I’ve done more than enough to show I’m credible for this and I will come again.”