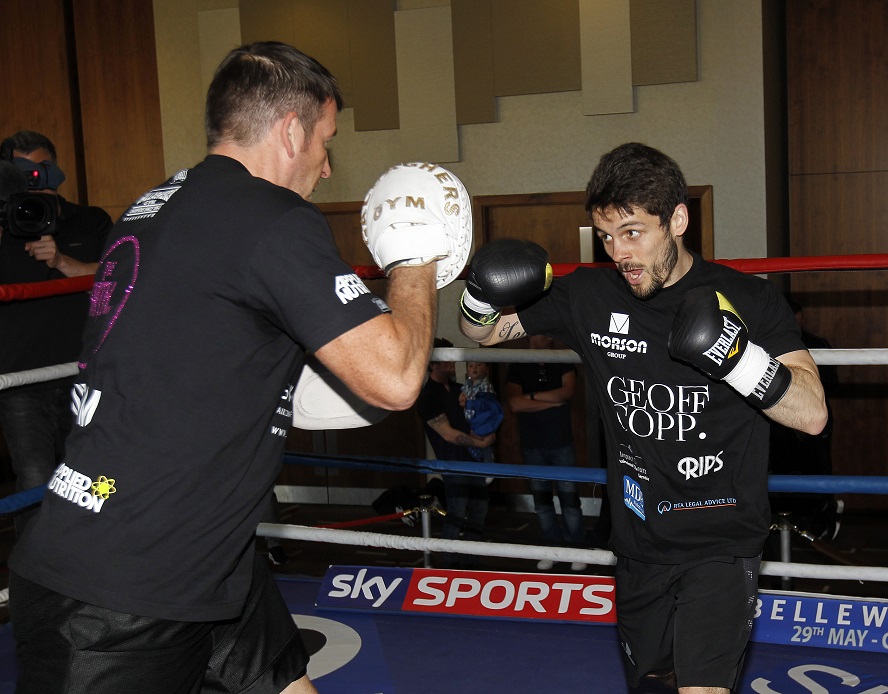 Smith: I Want Another Word Title Shot In 2016

Stephen Smith says he wants to land a second World title shot in 2016 – and will show he’s ready to rule the world when he takes on Daniel Brizuela for the vacant WBC Silver Super-Featherweight crown at Goodison Park in Liverpool on Sunday May 29, live on Sky Sports.

Smith is straight back into action after challenging Jose Pedraza for the IBF strap in Connecticut in April, with his brave challenge against the classy Puerto Rican ending in a points loss.

‘Swifty’ believes he’s a better fighter for the experience of his first World title shot, and the 30 year old wants to jump straight back in and believes a good win over the Argentine will underlined his credentials at the top level.

“My confidence hasn’t dropped and I didn’t take any negatives from the Pedraza fight other than the results. I learnt a lot from it and will become a better fighter from it. It will only stand me in good stead for the future so the sooner I can get another shot at a World title the better.”

“A lot of people see it as tough for me to get motivated having been up for a World title fight but for me, fighting on this massive bill, is going to be huge for me and I want to perform and look good in front of my fans.

“It wasn’t the result I aimed for and believed I would get in America but I have to give credit to Pedraza because I performed well and did a lot of things which made me think he is a good fighter. I learnt a lot from sharing the ring for 12 good rounds with him.

“I thought it was a very even fight after eight rounds and then there was a knockdown I kicked myself over. It was one of those where it wasn’t really a big shot, it was more down to my feet placement than anything else.

“I was a little bit off balance and the shot caused me to touch down. It was a big swing giving him a two-point round with only three rounds to go and I knew I had an uphill task from there. When the final bell went I thought he had won.

Smith’s clash with Brizuela is part of a huge night of action in Liverpool as Tony Bellew looks to land the vacant WBC World Cruiserweight title against KO king Ilunga Makabu.