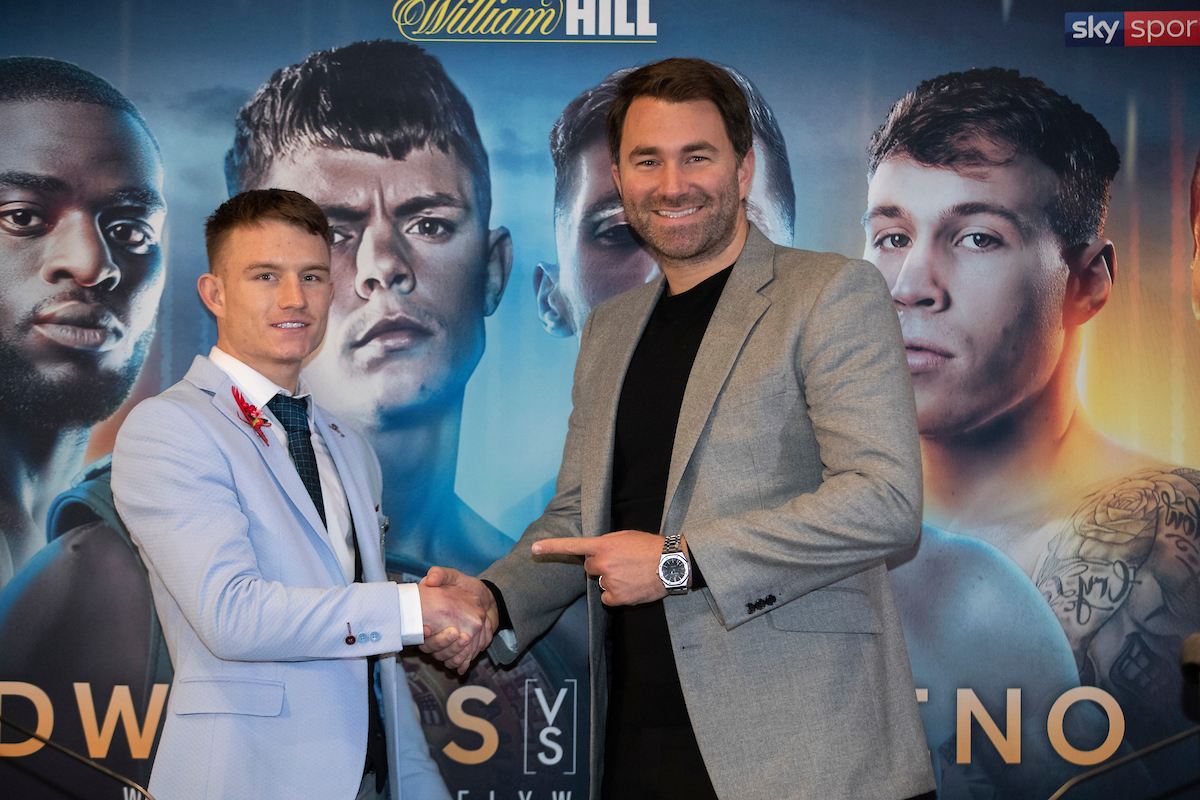 Smith: I Want To Become A Sheffield Great

Sheffield amateur standout Dalton Smith is dreaming of becoming the next boxing great to come out of the Steel City as he prepares to make his highly-anticipated professional debut at the Motorpoint Arena Nottingham on Friday, live on Sky Sports in the UK and DAZN in the US.

Sheffield has long been a city that produces world-class boxers and Smith, the city’s most successful ever amateur, is hoping to follow in the footsteps of former World Champions such as Herol Graham, Johnny Nelson and Kell Brook.

Fighting out of Sheffield’s Steel City gym, 22-year-old Smith, who is trained by his father Grant Smith alongside WBC Flyweight Champion of the World Charlie Edwards, is excited to begin his journey towards a World title in the professional ranks.

“The ultimate goal is to one day become a World Champion and bring a title back to Sheffield,” said Smith. “It’s about building a legacy. I’ll be setting small goals and then working towards them and then setting bigger goals. But early on, I just want to stay active and gain as much experience as I can. As long as I’m learning all the time then I believe I will get there eventually. I want to have a successful pro career and have some fun along the way.

“Growing up I was massively inspired by Prince Naseem Hamed. Fighters all around the World idolised him, not just here in Sheffield. He was one of the greatest. I want to put my name up in the spotlight alongside the likes of Johnny Nelson, Prince Naz and Ryan Rhodes. Sheffield’s always been a good fighting city and it’s growing again now. I feel if I work hard enough and am guided in the right way, then I feel I can get there.

“I want to stay active up until Christmas, get as many fights in as I can and just learn and push on for next year. I don’t need to rush things as I’m still only 22. The professional game is a new environment for me but having the World Series of Boxing experience behind me is going to put me in good stead. It’s not going to be anything too new to me, I’ve been there before and I think I’ll cope well with the small changes.”

Smith makes his professional debut on a huge night of boxing in Nottingham.