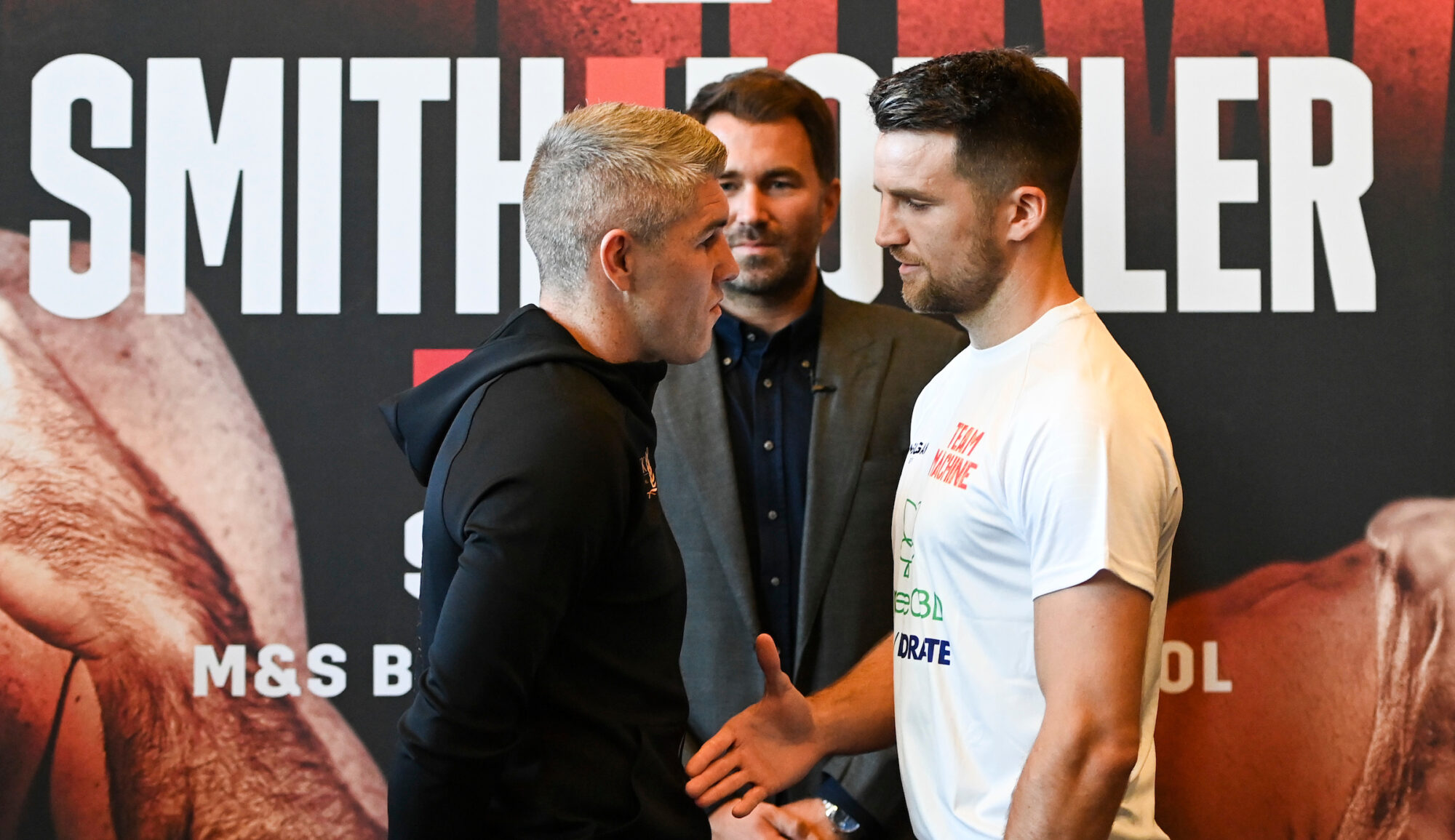 Smith: I’ll stop him down the straight

Liam Smith has confidently predicted that Anthony Fowler won’t hear the final bell when the Liverpool rivals clash in a huge local derby at the sold-out M&S Bank Arena on Saturday October 9, live worldwide on DAZN.

Former WBO Super-Welterweight World Champion Smith (29-3-1, 16 KOs) was last in action in May, suffering a controversial decision loss to undefeated Magomed Kurbanov in Russia, but will now look to return to winning ways against Fowler in his first fight on home soil since March 2019.

The 33-year-old from Kirkdale who trains under Joe McNally at the legendary Rotunda Amateur Boxing Club continues his climb towards a second World Title shot when he meets Toxteth’s Commonwealth Games gold medallist and Rio 2016 Olympian Fowler in massive battle on Merseyside.

Smith, who refused a handshake with Fowler at the launch press conference last month, believes that his experience will be a key factor when the pair clash over twelve rounds at 154lbs for local bragging rights and a chance to move one step closer to a shot at world honours.

“I’m in the same mind frame that I was ahead of Canelo, you couldn’t have convinced me that I was going to lose that fight,” said Smith. “I’m the same now. I’ve got that bit between my teeth. I’ve got a lot at stake. I’m bang up for this fight. Pride and bragging rights, you name it, it’s all on the line for me.

“Beating Anthony Fowler doesn’t get me any closer to fighting for a World Title in my career. I don’t say that as if I’m overlooking him. Anybody above me isn’t going to look on paper and think, ‘wow Liam Smith beat Anthony Fowler in the UK’. But if you look and it says Fowler beat Smith, then it’s a big statement.

“I’m confident that I beat Anthony Fowler every day of the week and twice on Sunday. If I turn up at 100% then I beat Anthony Fowler. The way I see the fight going, it’ll be competitive early doors and then experience, cuteness and everything else will come on. I’ll stop him down the straight.

“I think he’s a good fighter for four rounds, but he reverts back to what he does. Once it goes past four rounds the fight is only going one way. I’ll just show him I’m that little bit of a step ahead and he wasn’t ready for that step up just yet.

“I’ve been in with bigger punches, better fighters, I’ve been in local derbies with my brothers, he’s got a lot to deal with next week. We’ll have fun in the build-up when he’s back in Liverpool. We’ll have some fun and games.”