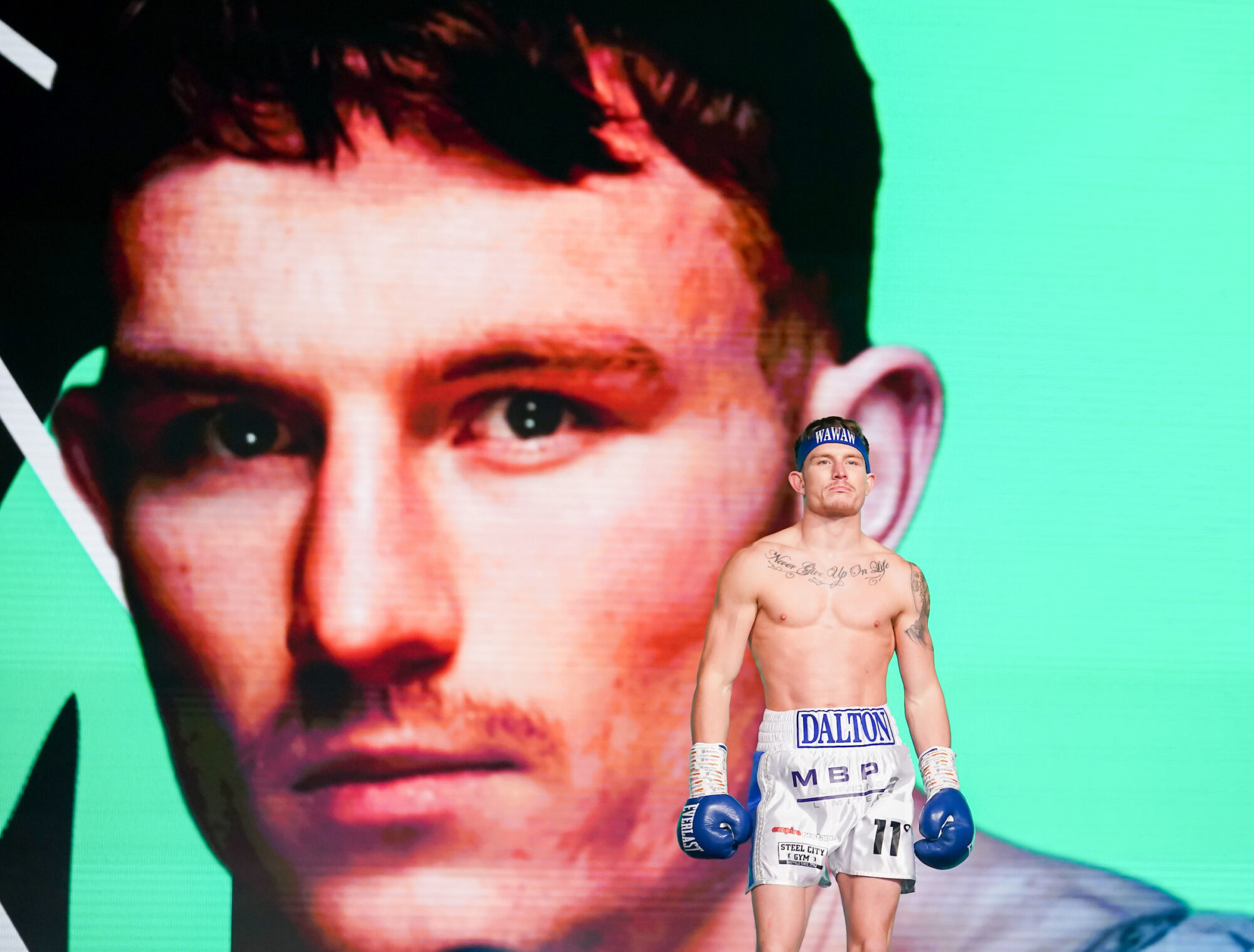 Smith – I’m confident I can knock him out

Fast-rising Super-Lightweight sensation Dalton Smith says he carries the power to knockout local rival Lee Appleyard when they clash for the vacant English Title at the AO Arena, Manchester this Saturday May 15, live on Sky Sports in the UK and on DAZN in the US and more than 200 countries and territories.

‘Thunder’ has finished six of his seven professional contests inside the distance, and the 24-year-old former Team GB star kept his six-fight KO streak running last time out when he retired Birmingham’s Ishmael Ellis in three rounds on the Josh Warrington vs. Mauricio Lara undercard.

Smith, Sheffield’s most successful amateur boxer of all time, was originally scheduled to face Rotherham’s Appleyard in February before the Stefy Bull-trained 33-year-old was forced to withdraw after contracting COVID-19 a week out from the fight – but Smith believes now is the perfect time to take on the former English Champion.

“In my eighth fight, to be boxing for the English Title is great,” said Smith. “The belt has been around for so many years and when you look at the people that have won it – some have gone on to become greats. They all started off with the English Title. That’s the route I want to go down – English, British and European. I want to go the traditional route and pick up all of those belts along the way.

"Each fight for me is a steppingstone"

“Lee Appleyard is a local derby and it’s the perfect matchup to have for the English Title. Each fight for me is a steppingstone. The English Title is not my end goal; it’s the start. The amateur days and the golds are in the past now; I’ve achieved those goals and now I’ve got new goals that I’ve set out. I work hard every single day because I want to achieve those goals. I’ll be happy when one day I can bring a World Title back to Sheffield.

“Take nothing away from Lee, he’s a very good fighter and he’s experienced. He’s got a very good engine. I think that’s what he’s going to be relying on in this fight. Just having a good engine isn’t enough. I’m maturing and I’m punching harder. I’ve always been able to carry power but now I feel like a different animal. I think it’s a perfect fight for me.

“I think I can knock him out. We’ve both sparred, and we both know how those spars went. Don’t get me wrong, Lee is tough and he’s strong. He’s going to try and take me into the deep waters in those later rounds. No disrespect to Lee, I think he’s a great fighter in and out of the ring, but I feel confident that I can get him out of there.

“The Nathan Bennett fight – top fighter. I had no footage on him whatsoever so when I was training, I didn’t really know what style I was preparing for. I went in there and showed whatever they bring to the table, I can adapt. It only took me a few rounds to get his number. I’ve sparred Lee, we’ve had lots of rounds together. I’ve been to shows where I’ve seen him fight live. I know a lot about Lee. If I can work somebody out without any footage, once I’ve got their blueprint it can be dangerous.”