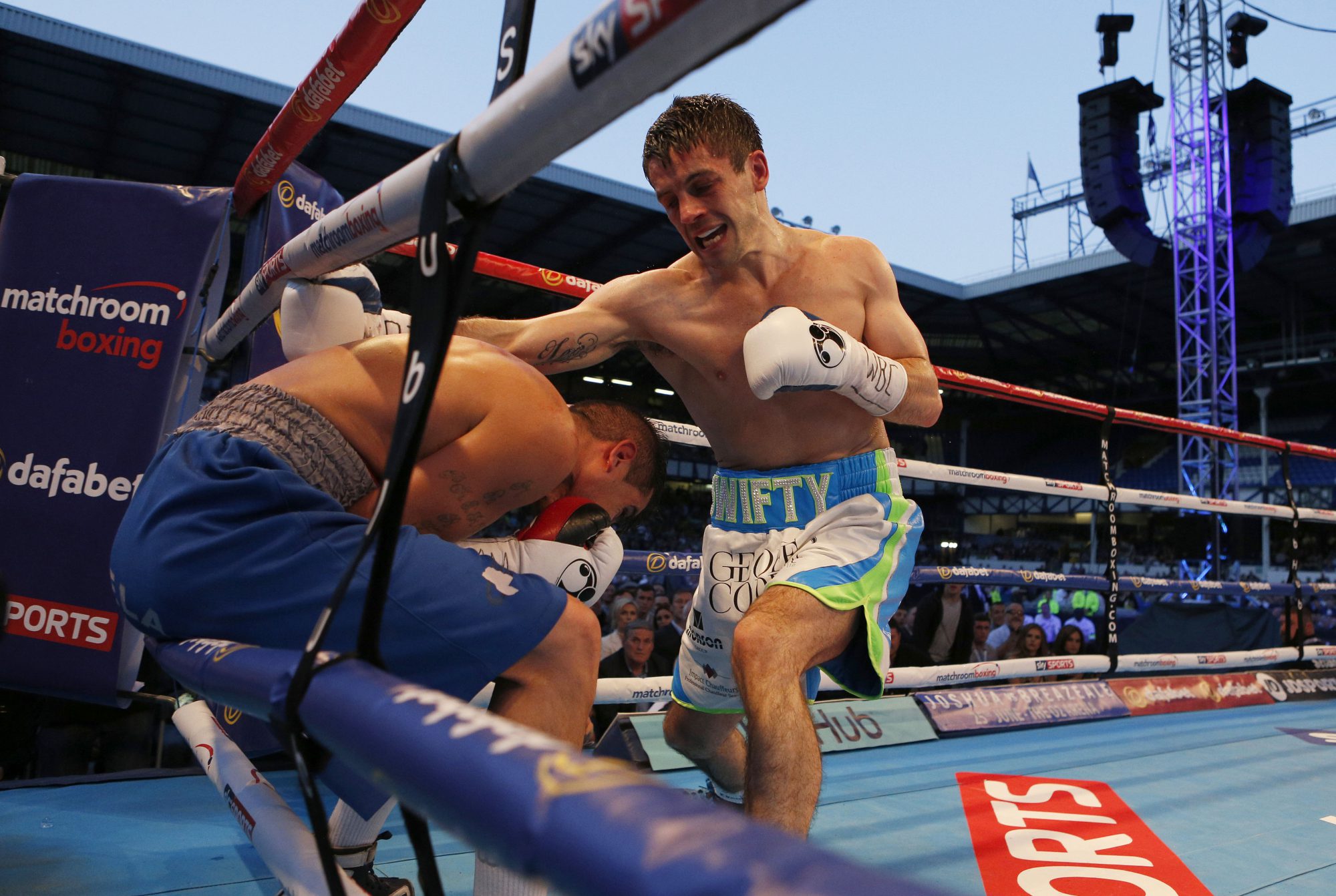 Smith: Sosa Style Is Perfect For Me

Stephen Smith believes Jason Sosa’s style is perfect for him to become the WBA World Super-Featherweight champion when they clash for the title in Monte-Carlo on Saturday November 12, live on Sky Sports.

Smith challenges for World honours for the second time in 2016 having travelled to Connecticut in April and provided IBF king Jose Pedraza with a stiff test. The Puerto Rican came out on top on points to retain his crown but ‘Swifty’ banked the valuable experience from his first World title fight

Sosa climbed off the canvas in the fifth round to stop Javier Fortuna in the 11th round and claim the title in China in June, and Smith says he can force the champion into mistakes that he will capitalise on to conquer the world at the second attempt.

“This is chalk and cheese to the Pedraza fight,” said Smith. “Jose is a tall, distance fighter who moves a lot and switches, relies on his skills, and it was always going to be a cagey fight and one that I had to take the fight to him as he’s the champion and that’s how it played out.

“Sosa is short, strong, known as a big puncher, so I have got to force him into mistakes and use my skills to get him onto my shots. It’s a good fight and one that’s more suited to me, I prefer a style like Sosa than Pedraza.

“Sosa KO’d Fortuna when he was behind on the cards so you have to have respect for his punch power. I watched his fight with Nicholas Walters and saw a few things and I thought Walters won the fight. He’s got some good results on his CV but the performances aren’t that great.

“I think I hit as hard as anyone in the division, I’m confident in my power and I believe that if I land flush on him I can really hurt him. I have to use my ability and skill first and foremost though, make him miss and make him look stupid at times.

“I’ll stick to the game plan and do what I am told, if I land on him he’ll know he’s been hit and I am confident I can hurt him without looking for it. Sosa might come to look to KO me as Pedraza couldn’t and that might play into my hands too. I hope he thinks he can do that – I’d welcome that.”

Smith’s clash with Sosa is part of a huge night of action in Monte-Carlo as the most feared Heavyweight on the planet, Luis Ortiz, makes his European debut against Malik Scott for the WBA Inter-Continental title.
WBA World Bantamweight king Jamie McDonnell defends his crown against Liberio Solis. It’s the fifth defence for the Doncaster ace, who followed his stoppage win over Javier Chacon with a pair of impressive wins over Tomoki Kameda in Texas last year and stopped Fernando Vargas in nine rounds at The O2 in London this April.
Martin Murray is targeting World title action in 2017 but faces a stiff test in the shape of former interim WBA Middleweight champion Dmitry Chudinov.
INFORMATION AND RESERVATIONS
Tickets from 100€