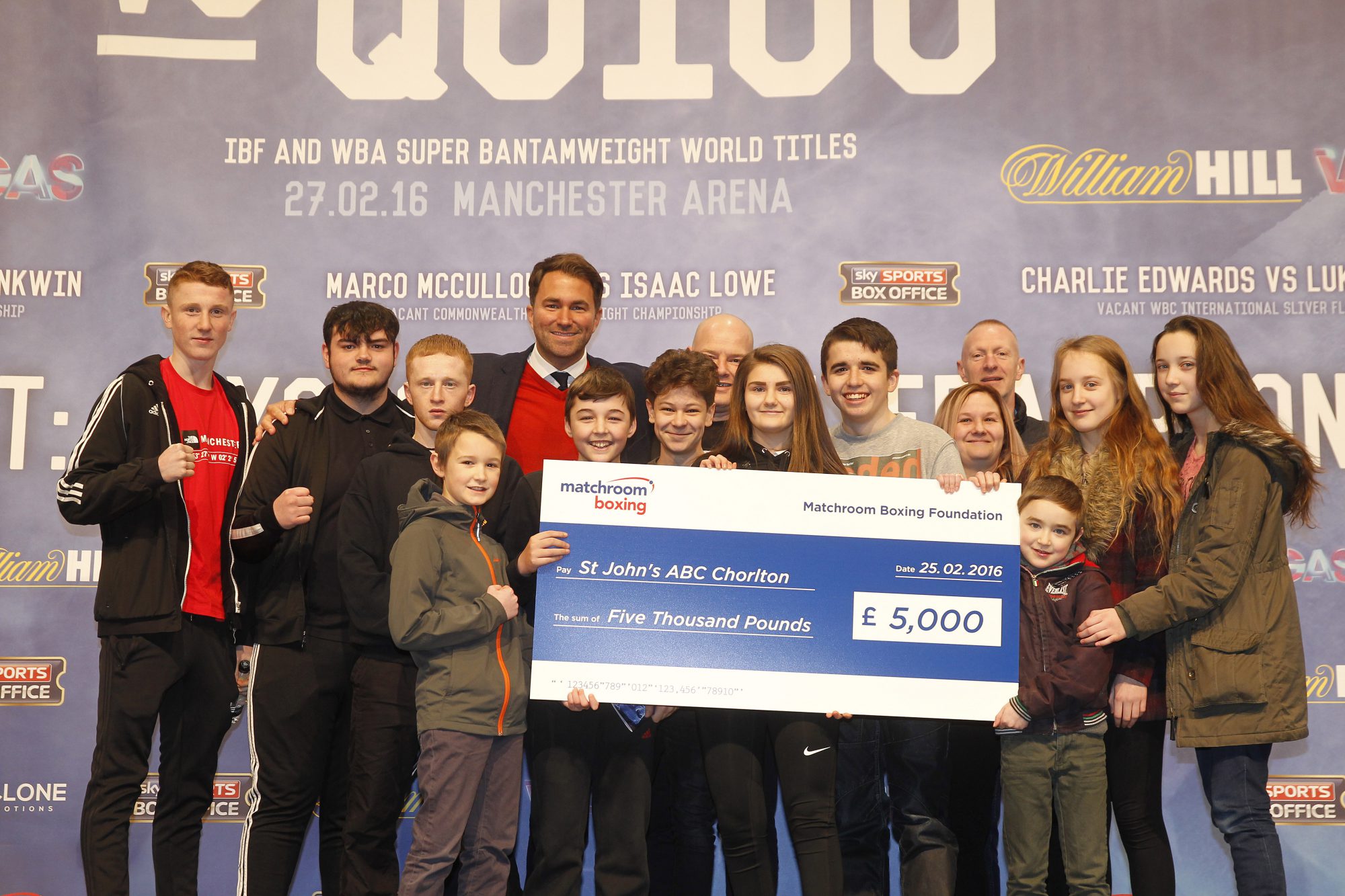 St. John’s ABC in Chorlton have become the latest amateur boxing club to benefit from the Matchroom Boxing Foundation.

Members of the Manchester club were presented with a cheque for £5,000 by promoter Eddie Hearn at the weigh-in at the Manchester Arena on Friday ahead of the World Super-Bantamweight blockbuster between Carl Frampton MBE and Scott Quigg, and club chairman and head coach Andy Rea says the donation will revive the fortunes of the club.

“The money is going to have a massive impact on the club and the activities we put on for the kids that come here,” said Rae. “Most of the donation will be spent on improving the club’s facilities. We’ll be investing in a new ring and replacing our old and tired equipment.

“We used to raise money to fund the club from gym shows but had to stop when the ring did not meet AIBA specifications. We have been fund raising for last six months to buy a ring and had still not reached the half-way mark.

“Now we can get some revenue from gym shows again and the club will be able to stand on its own two feet.  It’s an exciting time at the club with one of our youth boxers being selected for the England Squad in December and winning a silver at a tournament in Germany. He has just received a letter saying that his place on the team is secure for the next 12 month’s so some of the donation will help with his development.”

Hearn added: “It is vital to invest in the grassroots of the sport. We made our first donation in Liverpool to the Golden Gloves ABC and they are reaping the benefits, and I hope that this donation and our support can have the same effect on St. John’s ABC and its members.”