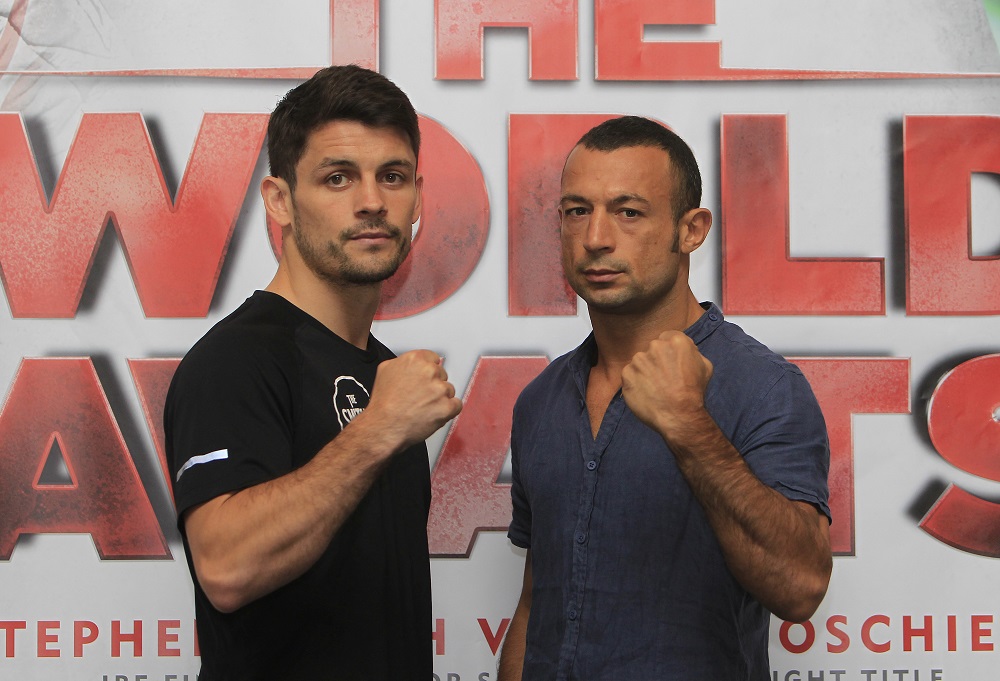 Stephen Smith will face Devis Boschiero in a final eliminator for the IBF World Super Featherweight title at the Liverpool Olympia on September 19, live on Sky Sports.

‘Swifty’ is hunting a World title shot against IBF king Jose Pedraza, and will need to be at his best against the Italian, the former European champion who was edged out in a WBC World title challenge in Japan in 2011 via a controversial split decision against Takahiro Ao.

Smith made waves in the 130lbs division last year with impressive wins over Sergio Medina and Mauricio Munoz, and the 30 year old is gunning for a World title shot against Puerto Rican Pedraza, who landed the crown in June.

“This is by far the biggest fight of Stephen Smith’s career and victory over Boschiero will guarantee him a shot at IBF champ Pedraza next,” said promoter Eddie Hearn. “Boschiero is a very tough fight, he clearly won the WBC title in Japan and should have been crowned champion – he will give Stephen all he can handle. Scotty Cardle will make the first defence of his British title on the card and unbeaten World ranked Bradley Saunders returns following hand surgery earlier this year along with Prizefighter champ Tom Doran, unbeaten star Marcus Morrison and popular local Lightweight Sean ‘Masher’ Dodd. It’s a packed night of boxing and a huge night for a member of Britain’s most successful boxing family.”

Tickets will go on sale to Matchroom Fight Pass members today (August 19) from midday from the Fight Pass area at www.matchroomboxing.com. Tickets are priced at £40, £60, £120 VIPs.

Tickets go on general sale on tomorrow (August 20) from midday available exclusively from Matchroom Boxing at www.matchroomboxing.com and on 01277 359900.

Tickets for September 19 are also available from http://www.stubhub.co.uk/matchroom-boxing-tickets/ – StubHub is the official ticket partner and marketplace of Matchroom Boxing.