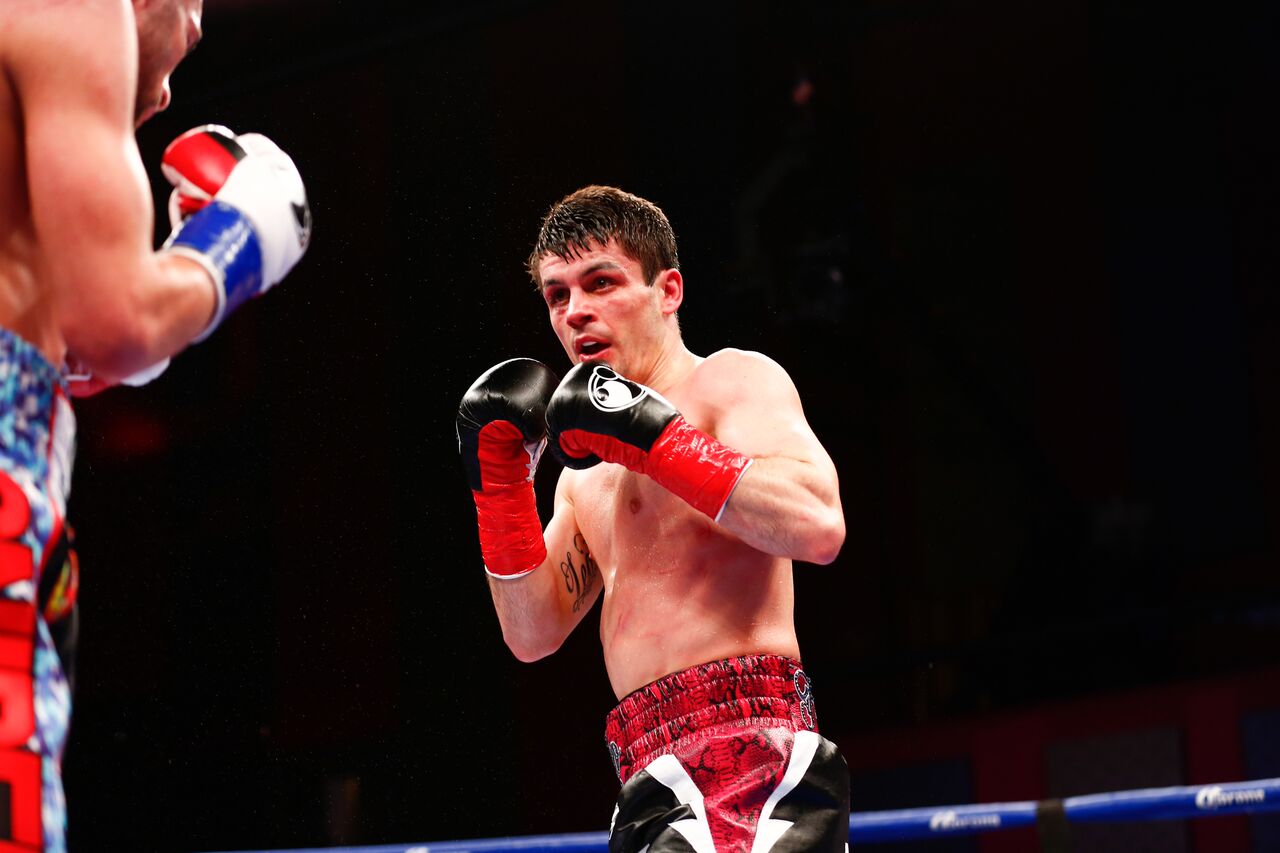 Stephen Smith will face Daniel Brizuela for the WBC Silver Super-Featherweight title at Goodison Park in Liverpool on Sunday May 29, live on Sky Sports.

Smith gets straight back into action following his fine performance in Connecticut in April where he challenged classy Puerto Rican Jose Pedraza for the IBF World title, and ‘Swifty’ now sets his sights on WBC king Francisco Vargas – but must get past a familiar face in Brizuela on his first step on that path.

Brizuela thrilled fans in Hull in February 2014 when he clashed with Tommy Coyle in a fight of the year contender for the IBF International Lightweight strap, with both men hitting the canvas four times, with three knockdowns in the 11th session that was awarded ‘round of the year’ by ESPN. The Argentine returned to Hull to meet Coyle’s city rival Luke Campbell MBE eight months later, and has since moved down to campaign back at 130lbs.

“It’s a massive bill and I’m thrilled to be a part of it,” said Smith. “I’m coming in on the back of the Pedraza loss but I don’t feel like my confidence has been dented, I think I’ve done 12 good rounds at the highest level with a top World champion and I showed that I belonged there. Hopefully getting back out at Everton and landing the WBC Silver belt will get me a high ranking with the WBC and I can look at landing a shot at the famous green belt as soon as possible.

“I had seven months out from winning the final eliminator through date changes for the Pedraza fight and I don’t need that to happen again. I’ve had a taste of the top level and I want more of it so it’s time to build up more momentum and land that World title.”

Smith’s clash with Brizuela is part of a huge night of action at Goodison Park as diehard Evertonian Tony Bellew faces Ilunga Makabu for the vacant WBC World Cruiserweight title.

Merseyside Heavyweight favourite David Price is back in action and there’s a host of local talents getting a huge opportunity to impress in JJ Metcalfe, Ged Carroll, Steve Brogan, Craig Glover and Scott Fitzgerald.