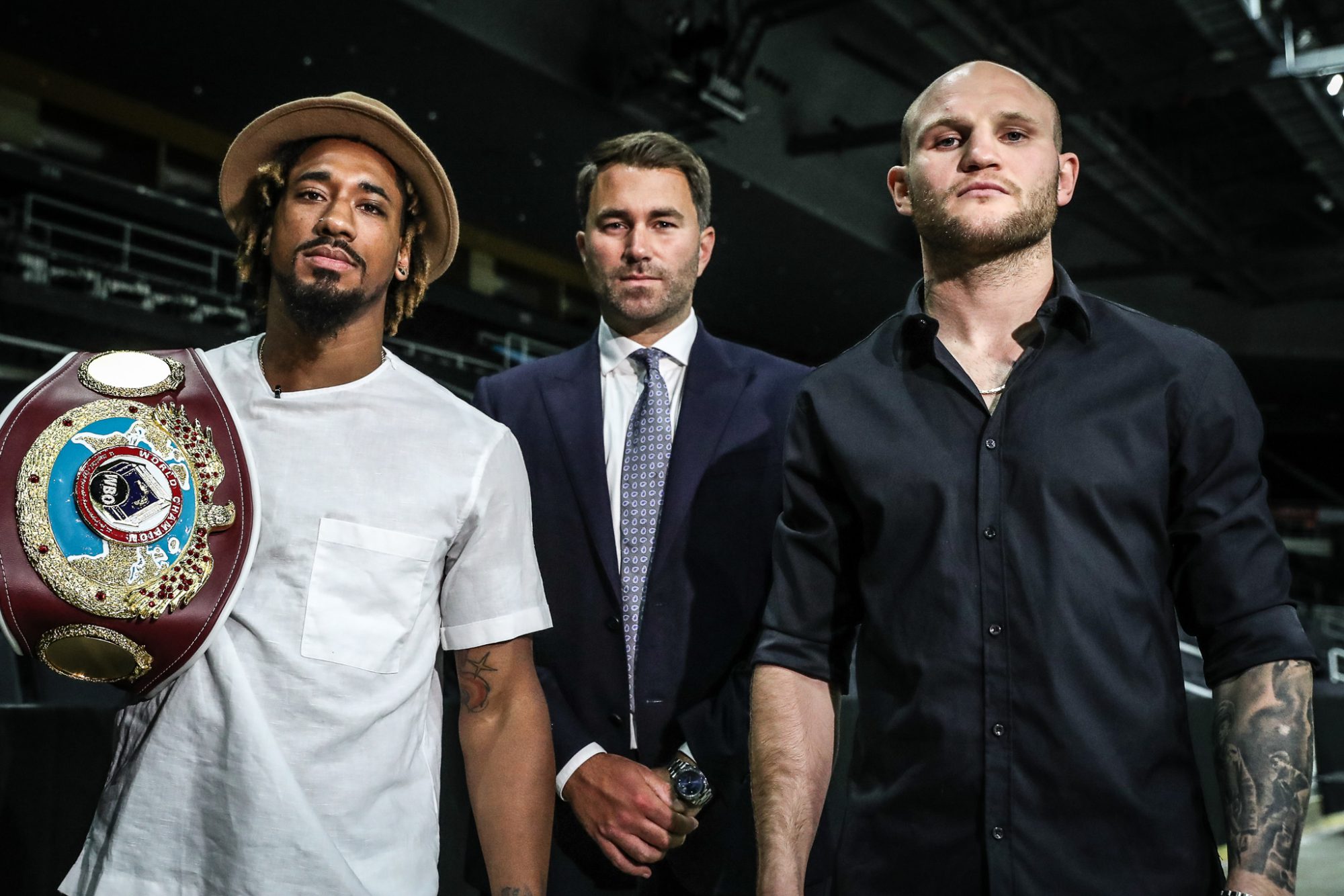 Sulecki: Andrade Is A Weak Middleweight

Maciej Sulecki has branded Demetrius Andrade as one of the ‘weakest Middleweights’ as he plots to rip the WBO World title from him at the Dunkin’ Donuts Center in Providence, Rhode Island on Saturday June 29, live on DAZN in the US and on Sky Sports in the UK.

**TICKETS FOR ANDRADE VS. SULECKI ARE ON SALE NOW – CLICK HERE**

Sulecki (28-1 11 KOs) travels to the champion’s backyard for his first World title challenge as Andrade (27-0 17 KOs) puts his strap on the line for the second time.

The Pole landed the clash having seen off Gabriel Rosado in a wild clash for the WBO International title in Philadelphia in March, where he floored Rosado in the first and eighth rounds but then hit the canvas twice in the ninth before winning on points after ten.

Sulecki, who previously went the distance with former two-time World ruler Daniel Jacobs, showed he has grit as well as talent in that battle with Rosado, and the 30 year old believes that he’s the first real fighter that Andrade has faced and that the champion is in for a shock next weekend.

“I am very happy I got this fight,” said Sulecki. “Daniel Jacobs was much better than Andrade – Andrade’s one of the weakest Middleweights out there in my eyes. I know for sure that I’m going to put on a great fight and show it off. I know he’s a great fighter but he hasn’t fought anybody. He’s fought Jack Culcay who is no one, and I will show the world who I am and what I can do inside that ring.

“The Rosado fight was going to plan until the 8th round, after that things changed. It was a good learning experience and now especially since I’m fighting the champion next. I watched the fight at home and I said to myself ‘What an idiot. What did I do?’ It was a very good lesson, it was two rounds that made me a better man.

“I believe the fans will come out for this fight. I remember people like Adamek, who had a great following behind them. That’s what I want too, I want that good feeling.

“It’s only talk in the press conferences and on social media, on fight night, the fists will do the talking. Talk is cheap. He’s World champion and he’s very good so he’s confident, but I am very confident too and I hope he’s ready for what I am bringing to the ring as he’s never fought anyone like me.”