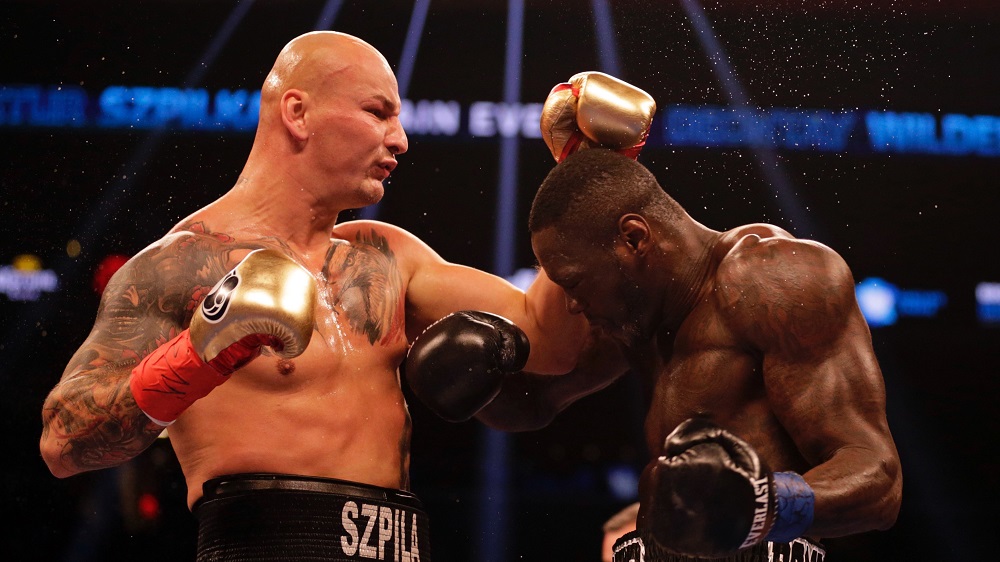 Szpilka: “punches Will Fly In London!”

Artur Szpilka has refused to engage in any trash talk with Derek Chisora and has instead promised to let his fists do the talking when he clashes with the Finchley Heavyweight at The O2 in London on Saturday July 20, live on Sky Sports Box Office in the UK and DAZN in the US.

Although Szpilka’s dream of becoming the first ever Polish Heavyweight Champion of the World was brutally destroyed by WBC ruler Deontay Wilder in 2016, the 30-year-old southpaw from Wieliczka still believes he can achieve big things in boxing.

Power-puncher Szpilka, with only world level defeats on his resume, was giving the champion problems in the opening few rounds until he was caught by a huge shot in round nine.

He has since returned to winning ways in his native country, including a victory over domestic rival Mariusz Wach back in November, and the awkward 6’ 3.5” southpaw believes that a win over ‘WAR’ Chisora will fire his name back into the Heavyweight mix.

“The Heavyweight division is now wide open,” said Szpilka. “We saw Andy Ruiz Jr stop Anthony Joshua in New York a few weeks ago in a big upset. I believe that every top ten fighter now has a chance of winning a version of the Heavyweight world title. However, my full focus is on Derek Chisroa. I’m not thinking about anything else.

“Despite the eventual KO I think it was quite a good fight with Wilder. I had to fight with a broken hand from the fourth round onwards. Deontay finally got me in the ninth round but this is boxing. Up until that point I was very much in the fight and proved I can mix it at that level. I hope the best is still to come.”

July 20 will not be the first time that Szpilka and Chisora have shared a ring. The rivals already had a chance to trade punches during the filming of the 2018 film ‘Pitbull’, a Polish gangster film in which the two men were involved in a brief boxing scene.

Chisora has spoken of his willingness to take on former WBO ruler Joseph Parker should he get past Szpilka on Saturday, but ‘The Pin’ believes that his London rival would be a fool to overlook him and has vowed to prove any doubters wrong.

“I met him and we had a short chat. Yes, we know each other but we are not friends. We indeed traded some blows but not heavy ones. It was more fun than a real fight. The real punches will fly in London! I have a lot of respect for Chisora. He is a true warrior and he always fights to the final bell, so I’m ready and prepared for a tough fight. I chose this fight because we are both crazy men and it’s going to be a crazy fight.

“I know that people are talking about Chisora fighting Jospeh Parker this autumn and I know Derek and his manager David Haye are trying to get under my skin by mentioning this, but I don’t want to get involved in this trash talk too much. I’ll answer them on July 20. My fists will do the talking!”

Chisora vs. Szpilka is part of a huge night of boxing in the Capital.