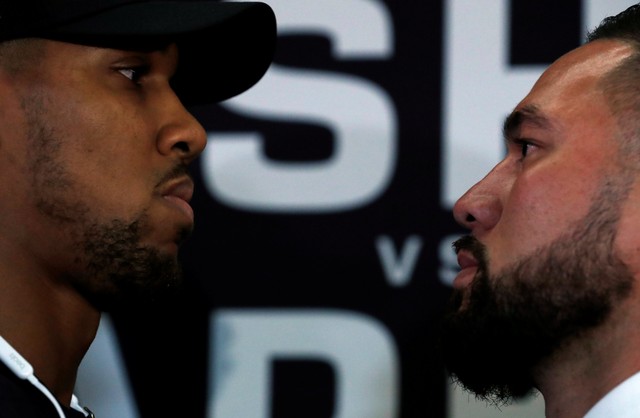 The deal begins on Saturday night as unbeaten Cruiserweight talents Lawrence Okolie and Isaac Chamberlain settle their ‘British Beef’ at The O2.

Next up, Kell Brook makes his debut at Super-Welterweight in Sheffield on March 3 against Sergey Rabchenko and a week later, Scott Quigg aims to become a two-weight World champion as he challenges Oscar Valdez for the WBO Featherweight crown in Los Angeles.

Heavyweight boxing is the focus in a huge fortnight of action at the end of March, starting at The O2 on March 24 where Dillian Whyte defends his WBC Silver title against Lucas Browne before Cardiff takes centre-stage as Anthony Joshua MBE and Joseph Parker clash in a huge unification battle.

Amir Khan returns to action for the first time since May 2016 as he meets Phil Lo Greco at the Echo Arena in Liverpool on April 21, and then Tony Bellew and David Haye renew hostilities at The O2 on May 5.

Liam Fisher, National Radio controller at talkSPORT, said: “Another day and more mouth-watering boxing rights for talkSPORT. Our team of pundits will be there for a host of exciting clashes as talkSPORT cements its place as radio’s home of boxing.”

Eddie Hearn said: “Fights don’t get much bigger than this and I’m delighted that we have talkSPORT, the world’s biggest sports radio station, to broadcast all the drama. There’s nothing quite