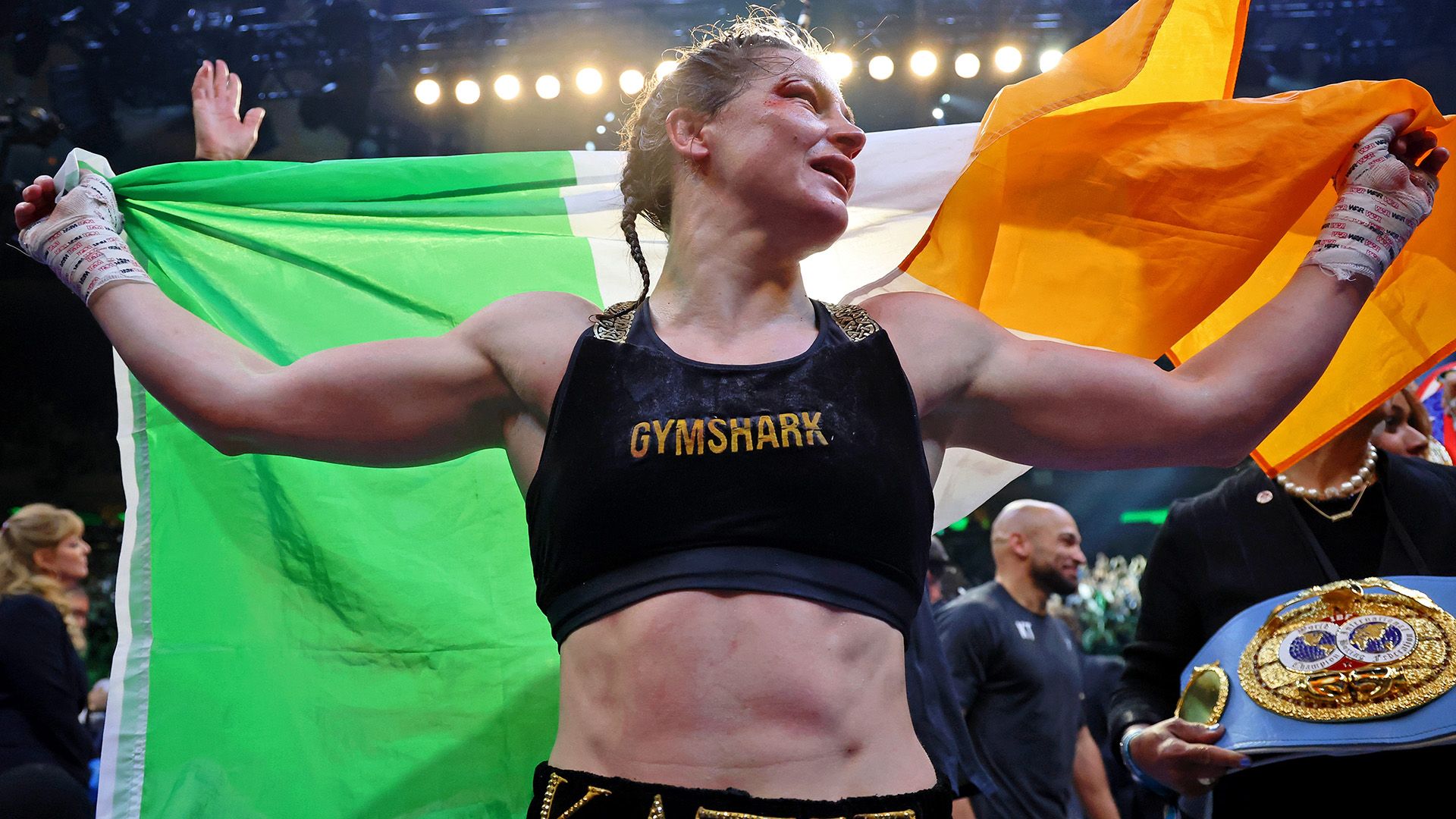 TICKETS DETAILS WILL BE RELEASED SHORTLY – SIGN UP FOR ALERTS HERE

Taylor (21-0, 6 KOs) cemented herself as the greatest female fighter on the planet by edging out Amanda Serrano in an epic fight for the ages on an iconic night at a sold-out Madison Square Garden in New York earlier this year.

The Irish superstar retained her Undisputed Lightweight World title after a Fight of the Year contender with Puerto Rico’s Serrano – the first women’s boxing bout to headline the famous MSG in its 140-year history.

Argentina’s Carabajal (19-0, 2 KOs) is undefeated in all 19 of her professional contests since turning over in August 2013 and the 32-year-old from Buenos Aires is a former WBC Latino, South American and Argentinian Super-Featherweight Champion, and is promoted by Argentine legend Marcos Maidana.

Chatteris’ European Featherweight Champion Jordan Gill (27-1-1, 8 KOs) puts his title on the line for the first time against Spain’s two-weight World Champion Kiko Martinez (43-11-2, 30 KOs) in a fight that also doubles up as an Eliminator for the IBF World title held by Josh Warrington.

‘The Thrill’ lived up to his nickname last time out at The O2 in February as he claimed the European title in stunning fashion by knocking out Frenchman Karim Guerfi with a blockbuster right hand in the ninth round to end an incredible contest.

Gill was knocked down in round seven before being heavily bundled to the floor by his opponent. Looking unsteady on his legs, the 28-year-old was backed up into his own corner and subject to a constant barrage from Guerfi, but he showed tremendous heart and determination pull off a massive comeback win.

Former IBF Super-Bantamweight and Featherweight World Champion Martinez returns to the UK following his loss to Warrington at the First Direct Arena in Leeds back in March. ‘La Sensacion’ stopped Kid Galahad in six rounds to become his country’s first ever two-weight ruler last year and hopes to claim another British scalp as his brilliant career draws to an end.

Emerging Belfast Super-Welterweight star Caoimhin Agyarko (12-0, 7 KOs) fights on his second Taylor undercard as he defends his WBA International title against New York’s undefeated Peter Dobson (16-0, 9 KOs) in his third fight of 2022, while Irish Lightweight contender Gary Cully (14-0, 8 KOs) fights under the Matchroom promotional banner for the first time, with his opponent to be announced soon.

“It’s hard to believe it’s been almost six years since I made by pro debut there so it’s great to go back now and headline,” said Taylor. “It’s been an amazing journey so far but there are still lots of great fights out there for me and I’m excited about what’s still to come.”

“I was very happy when I received the offer to challenge Katie,” said Carabajal. “The hard work has paid off. I’m not thinking for a second about giving Katie a win. All the belts with come back to Argentina with me!”

“We will travel to London with our undefeated warrior and we will shock the boxing world,” said Maidana. “Katie Taylor will be amazed. This will be Chino Maidana Promotions and my co-promotion partner Legacy Boxing second World championship this year, it will be a huge success for us as a new company.”

“I’m delighted to see Katie back in action following her epic victory over Amanda in a historic night in New York,” said Eddie Hearn. “Katie is one of the superstars of boxing and more than that a pioneer for women’s sport, and it’s great to have her return to the arena that she made her debut in 2016. It’s always an honour to stage Katie’s fights and I have no doubt that after her fight of the year with Amanda in April, a new wave of fans will pack the Wembley Arena to see this icon perform against the tough, hungry and unbeaten Argentine.

“We have a great card in support of the main event, Jordan mixes it with the always dangerous Spanish legend Kiko, Caoimhin continues his march to major titles, Gary fights for the first time with Matchroom, Johnny brings his Bosh Army of brilliant fans back to Wembley and unbeaten talents John and Jordan take their next steps in their fledgling careers. It’s going to be a fantastic night in the capital.”

“One of boxing’s biggest stars Katie Taylor continues to cement her unrivaled legacy, and this next fight against an undefeated and determined opponent is sure to be yet another thrilling moment in her illustrious career,” said Joseph Markowski, CEO of North America at DAZN. “We look forward to broadcasting this event worldwide on DAZN as part of a year-end schedule that’s only going to get even more stacked from here.”