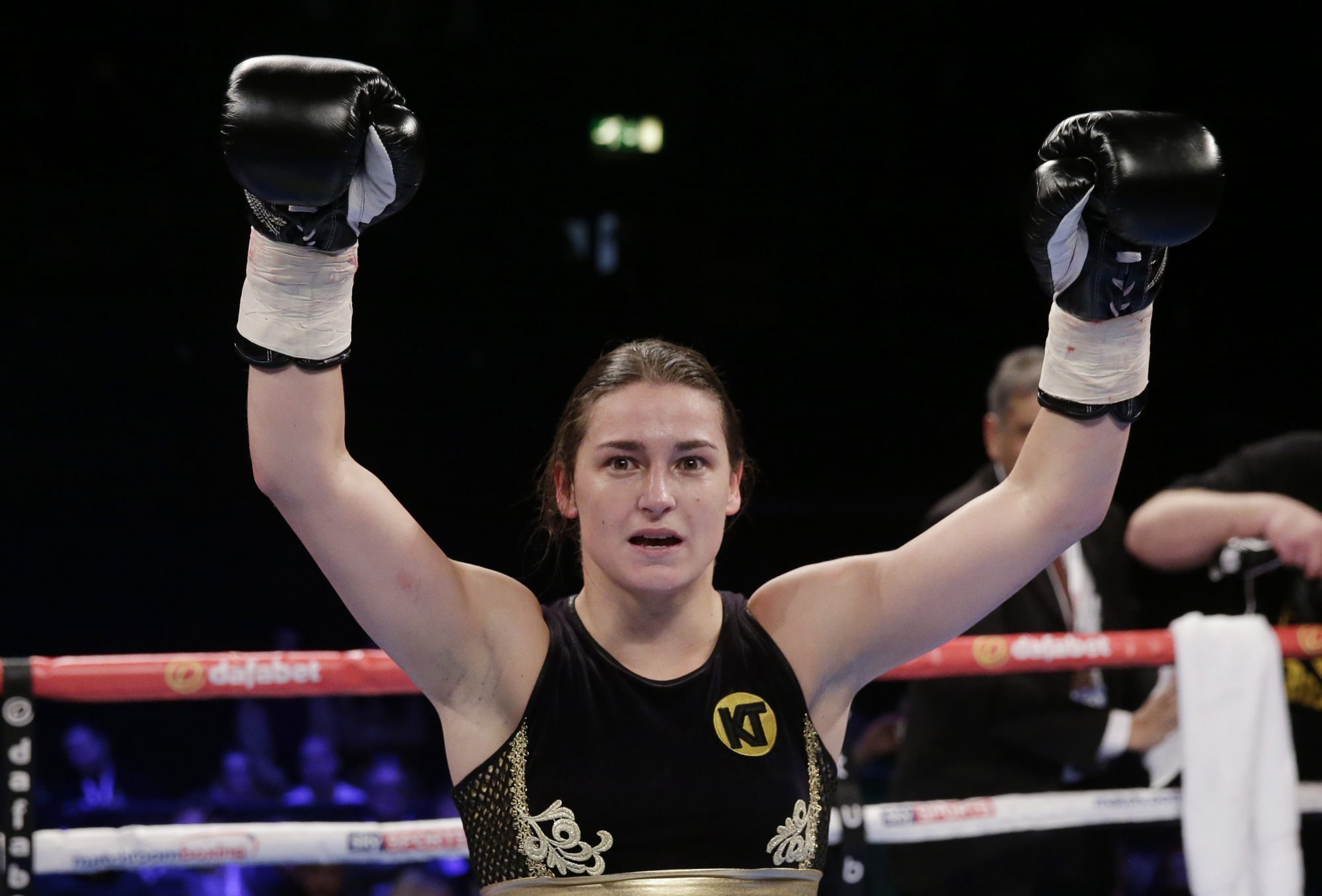 Katie Taylor will take on Viviane Obenauf in her second pro fight at the Manchester Arena on December 10, live on Sky Sports Box Office.

Taylor made the perfect start to her professional career on Saturday night, stopping Karina Kopinska in the third round in front of a raucous Irish support.

The Irish amateur sensation now heads to Manchester to build on that win and look to head into 2017 with a pair of KO wins under her belt on the undercard of fellow London Olympic gold medal winner Anthony Joshua MBE.

Obenauf enters the bout having beaten Kopinska in her last clash in October in Switzerland, and the 30 year old promises to provide a stiff examination of Taylor’s credentials at World title level having taken recently crowned Featherweight World champion Vissia Trovato last November – the only loss on her 9-1 record.

“Saturday in London was an amazing experience and I can’t wait to fight in Manchester on December 10,” said Taylor. “No performance is ever perfect, but I’ve been working hard with Ross in the States and I think things are really coming together.

“Boxing in front of 21,000 is a new experience for me, and I’m looking forward to the next step of the journey and hoping to entertain the fans at the Manchester Arena and watching live on Sky Sports Box Office.”

Taylor’s second pro fight against Obenauf is part of a huge night of action in Manchester as Anthony Joshua MBE defends his IBF World Heavyweight title against Eric Molina.