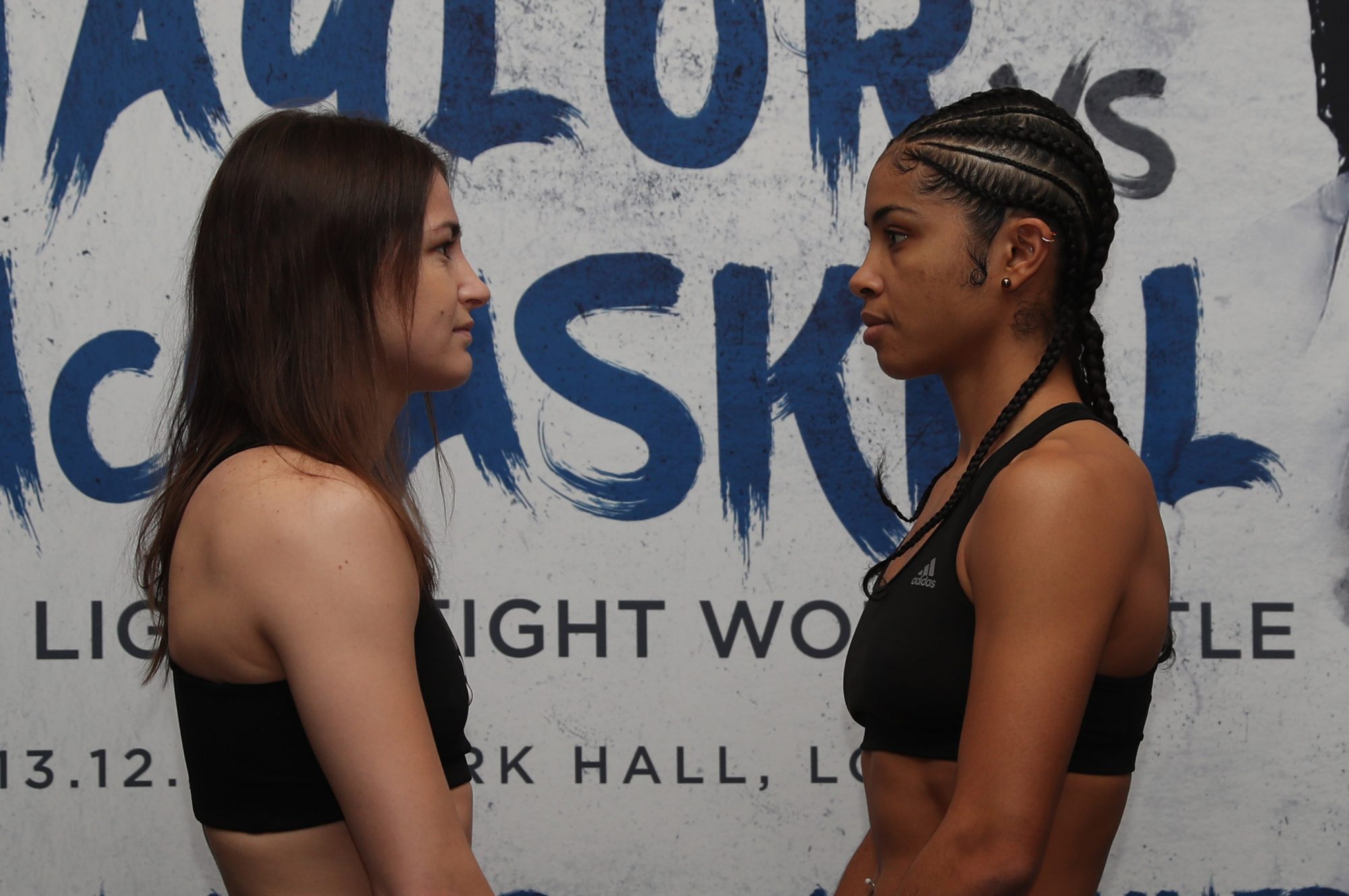 Katie Taylor is determined to start a long journey at the very top of the pro game, beginning with her maiden WBA World Lightweight title defence against Jessica McCaskill tonight (Wednesday December 13), at the sold-out York Hall in London, live on Sky Sports.

Taylor swept the board for Ireland in the amateurs before starting her assault in the paid ranks last November. Less than a year later in her seventh bout, Taylor claimed the WBA World Lightweight title in Cardiff against two-weight champion Anahi Sanchez in October.

Taylor defends the title against American Jessica McCaskill in her first headline show and the 31 year old has now refocussed her goals to dominate the Lightweight division.

“This is a dream come true to headline my own show and it’s against a good opponent in Jessica,” said Taylor. “I’ve only been a pro for a year and I’m defending a World title already – it’s a great way to end a fantastic year. Since I turned pro the goal was to become World champion and the plan was to fast-track that journey.

“We want to chase the other belts and unify the division. Cardiff was the start and there’s some great champions at the weight so let’s build some big fights against them all. I want to face the best and fights like the one in Cardiff only elevate the sport.

“Cardiff was an incredible night. I’ve worked so hard with my trainer Ross Enamait since turning pro and it was a great moment for the whole team. Hearing ‘and the new’ was something I’d been dreaming about for a while.

“I was at home for a week after the Sanchez fight and then I went straight back out to Connecticut to start training again. I love being in the gym and keeping busy. I want to fight as often as I can.

“I’ve never fought at York Hall before but my brother Peter boxed there in a University match years ago, I was there and the atmosphere was fantastic. It always comes across electric on the television as well. It’s such a historic venue and you just have to look at the list of fighters who have boxed there. I’ve always wanted to fight at York Hall so to say I’m excited is an understatement.”

Taylor was given a hero’s welcome at a public press conference in Dublin days after her win in Wales, but her team were already working on her next bout. McCaskill’s name had popped up before when Taylor made her US debut in July when the Chicagoan wanted to meet Taylor in Brooklyn and made plenty of noise to get her opportunity.

“I haven’t really heard much of Jessica since she has called me out over the last few months,” said Taylor. “We had other things on our mind, preparing for a World Title shot.

“I’m not going to be avoiding anyone as a Champion. If anyone calls me out, I’ll be willing to take them up on that. I’m not one for trash talking, I prepare to do my work in the gym and talking in the ring.

“We have gone through all of my fights, but I leave that to Ross, who is the mastermind of everything I do really. He looks into the details and gives me the instructions.

“For the time being I’m very single minded, I don’t like to think about anything else apart from the job at hand.”

Taylor’s job at hand is to end 2017 with her World title intact and build to what could be a huge year in 2018. Taylor’s US debut coupled with Matchroom Boxing’s expansion into America makes more fights in the States a strong possibility – but the real aim is for a blockbuster homecoming in Ireland.

“I can’t wait to fight in Ireland, it’ll be really special for me,” said Taylor. “The reception I’ve had all over Britain has been amazing and fighting in big stadiums has been great. I think it’s all been a taste of what I can expect when I go home.

“I want to be in superfights – fights that generate buzz and capture the public’s interest. I want to unify the division. I want to go down in history and break boundaries.

“At the start when I turned pro, I didn’t know how people were going to take women’s boxing. I’m so glad people have got behind me. I’ve been involved in some big fights and nights in front of large crowds, it’s been a dream. I’ve got such a great team behind me, it’s going perfectly.”

Taylor’s clash with McCaskill is part of a huge night of boxing at York Hall as Martin J. Ward challenges Juli Giner for the vacant European Super Featherweight title.