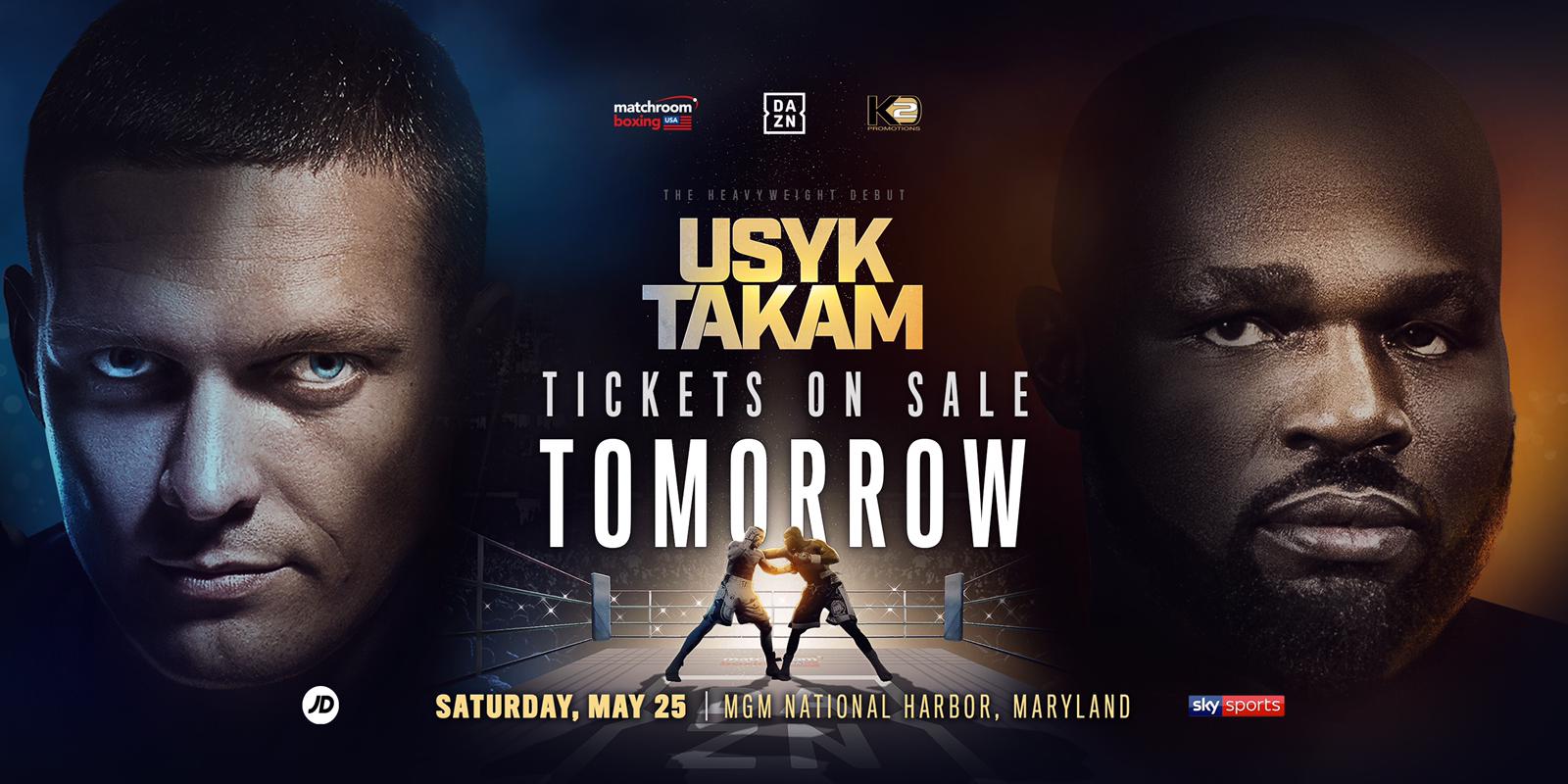 Tickets On Sale For Usyk-takam Tomorrow

Tickets for the Heavyweight debut of pound-for-pound star Oleksandr Usyk against Carlos Takam on Saturday May 25 at the MGM National Harbor in Oxon Hill, Maryland live on DAZN in the US and on Sky Sports in the UK, go on pre-sale tomorrow morning at 10am ET.

Undisputed Cruiserweight king Usyk (16-0 12KOs) made the move to Heavyweight following his domination of the Cruiserweight division over the last 18 months, winning the inaugural World Boxing Super Series and then bowing out at 200lbs with a KO win over Tony Bellew in Manchester, England.

The Ukrainian hero begins his assault on the Heavyweight division with a tough test against rugged French-Cameroonian Takam (36-5-1 28KOs), the former World title challenger heading into the clash on the back of a return to winning ways with a KO win at The O2 in London, England in December, the same venue he shared a fight of the year contender with Dereck Chisora in July.

Tickets go on general sale at 10am ET on Thursday April 11 via Ticketmaster at this link:https://www.ticketmaster.com/event/15005688E0B851B0