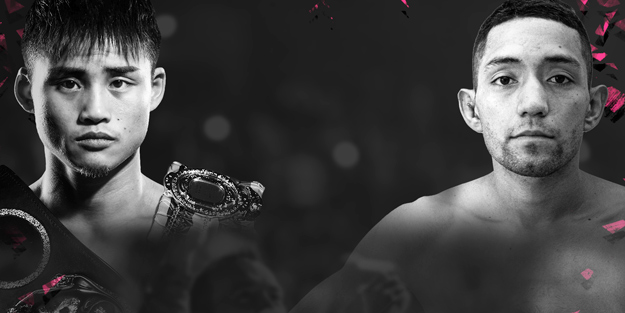 Tickets on sale now for Guadalajara show on June 10

Tickets are on sale NOW for the World title double header on Friday June 10 at the Domo Alcalde in Guadalajara, Mexico live worldwide on DAZN – topped by WBA Super and Ring Magazine World Light-Flyweight champion Hiroto Kyoguchi defending his straps against Esteban Bermudez, in the latest installment of Matchroom and DAZN’s fight series in Mexico, in association with Canelo Promotions and Clase Y Talento.
TICKETS ARE ON SALE NOW STARTING AT $150 PESOS FROM STAGEFRONT.COM
Kyoguchi (15-0 10 KOs) puts the titles he ripped from Heikie Buddler in December 2018 on the line for the fourth time and makes a welcome return to the ring after his entertaining battle with the pocket rocket Axel Aragon Vega in Dallas in March 2021 came to an end when the challenger was forced to quit the bout with a hand injury in the fifth round.

The Japanese, who previously defended the titles in successive points wins over Tanawat Nakoon and Tetsuya Hisada in June and October of 2020 in his homeland, fights in Mexico for the first time in the paid ranks and does so against a hungry contender.

Bermudez (14-3-2 10 KOs) holds the WBA Regular title after handing a first career defeat to defending champion Carlos Canizales in stunning fashion – flooring the belt-holder towards the end of the sixth round before wiping him out with 23 seconds left in the session. The 26 year old will be fired up to elevate to Super champ and rip the coveted Ring Magazine strap from Kyoguchi, providing all the necessary ingredients for fireworks in the main event.

Mayerlin Rivas will defend her WBA World Super-Bantamweight title against Isis Vargas Perez. Rivas (16-4-2 10 KOs) makes the first defense of the belt that she landed in her last outing back in February 2020, beating Laura Ledezma in Panama City in February to become a two-weight World ruler at the second attempt. The Venezuelan became Bantamweight champion in June 2015 and made three defenses, winning two and drawing one, and makes a welcome return to action as she looks to start a path to becoming unified and undisputed at 122lbs.

Perez (8-5 3 KOs) will have other ideas though, and on home turf, the Mexican aims to become a World champion for the first time at the second attempt. The 24 year old met Yamileth Mercado for the WBC crown in April, and bounces straight back into World title action just two months later.

Jorge Castaneda and Eduardo Hernandez will meet for the WBC International Super-Featherweight title in a huge fight for the division. Texan Castaneda (15-1 11 KOs) enters the bout on the back of two key wins, picking up a majority decision against unbeaten Otha Jones III in Florida in April 2021, and then travelling to London, England to nix another nil by beating Youssef Khoumari in October, again via majority decision.

Castaneda enters hostile territory once again to make a first defense of the vacant title he landed in the UK, meeting ‘Rocky’ Hernandez (31-1 28 KOs) in his stomping ground. The 24 year old is on a three-fight KO streak following his sole loss to date in July 2019 to now World champion Roger Gutierrez and sitting at #8 in the WBC, there is plenty at stake in this crunch clash of two powerful 130lbers looking to climb the rankings and breathe down the necks of the top five in the WBC.

Diego Pacheco (14-0 11 KOs) continues to be a must-watch talent and the 21 year old ticks off another major milestone as he stretches his legs over the ten round distance for the first time against Raul Ortega (10-2 7 KOs), Aaron Aponte fights for the sixth time in the paid ranks against Leo Leon Martinez (2-1 2 KOs) and there will be more additions to the card, including Eddie Hearn’s latest Stateside signing, to be announced today.