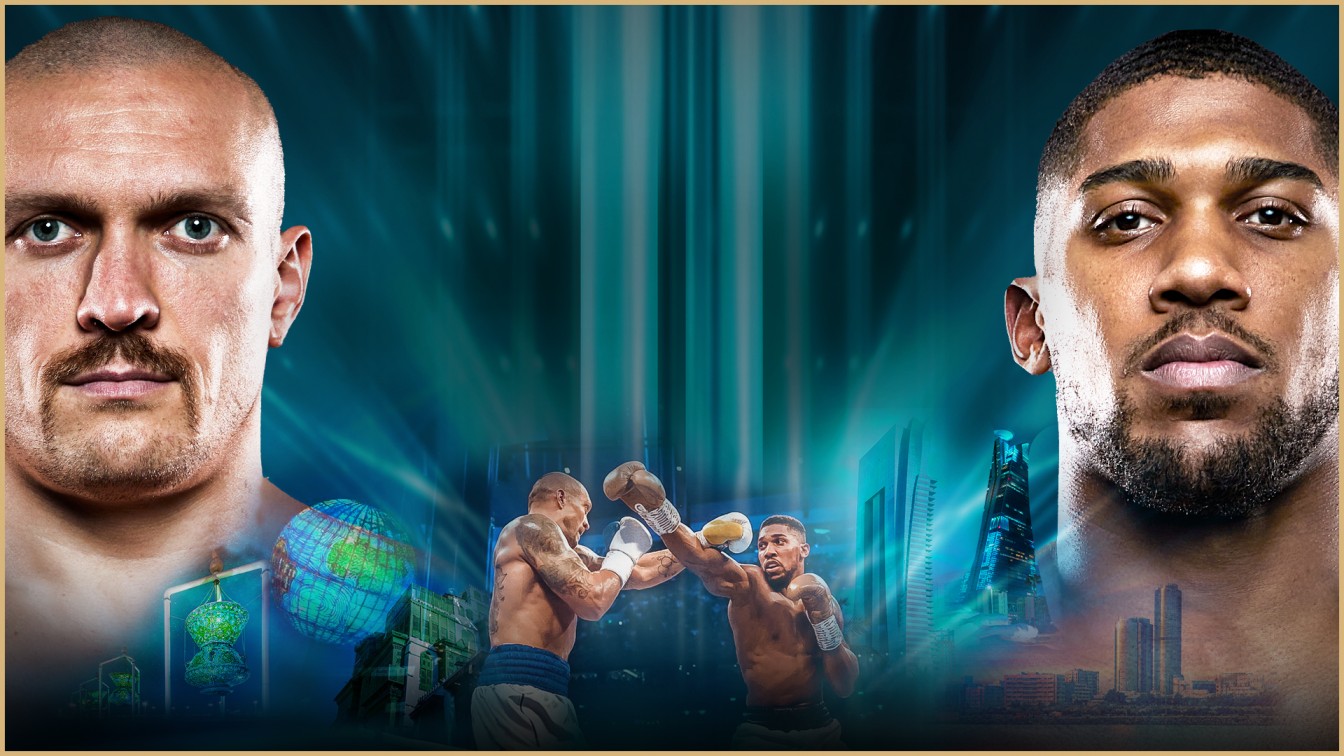 TICKETS ON SALE NOW FOR USYK VS. JOSHUA 2

With exactly one month to go, tickets for the ‘Rage on the Red Sea’ have gone on sale, enabling fans from around the world to be part of boxing history. The fight is one of the biggest Heavyweight rematches in the history of the sport, with unified Heavyweight World Champion Oleksandr Usyk facing off with Anthony Joshua on August 20 in the coastal city of Jeddah, Kingdom of Saudi Arabia.

Tickets are available from SAR375 and fight fans can get their tickets via Hala Yalla(https://link.edgepilot.com/s/4a06c8b5/5qBW8E_7LEmHDcTu4Mj2oQ?u=http://www.halayalla.com/sa-en/tickets/rage-on-the-red-sea). For VISA entry information, fans should go to Visit Saudi (https://link.edgepilot.com/s/467b66dd/r04MNumpUkCklFEWndVMwQ?u=http://www.visa.visitsaudi.com/) information on how to apply.

Prince Khalid bin Abdulaziz, Chairman of SCEE: “We’re one month from one of the biggest sporting moments in our country and today, we invite fans from Saudi Arabia and around the world to witness history. The ‘Rage on the Red Sea’ headlines a dramatic night of World Championship boxing and an evening to remember forever. We’re proud to secure this event for our country as it continues its incredible transformation, inspiring our people to participate in sport and lead happy and healthy lives.”

The ‘Rage on the Red Sea’ will see Usyk’s WBA, IBF, WBO and IBO belts on the line in a career defining Heavyweight clash. Joshua was dethroned as Heavyweight king by Usyk in September 2021 in front of over 60,000 fans at the Tottenham Hotspur Stadium in London, England on a memorable evening in boxing’s marquee division.

Usyk said: “I am working hard in my training camp to be in the best shape possible for the rematch. With the help of the Lord I will overcome the biggest challenges to make it happen. I want the crowd to be excited with the fight, I want them to remember it for a lifetime.”

Joshua added: “August 20 is set to be an unbelievable night of Championship level boxing. For any sports fan this is not to be missed, it has all the ingredients to go down in boxing history. Locally I know that boxing has grown massively and it was great to see thousands of people come to Riyadh for the ‘Clash on the Dunes’. I am hoping to see even more in Jeddah in a few weeks’ time.”

The ‘Rage on the Red Sea’ is the latest international sports event to take place in Saudi Arabia, which has recently emerged as one of the fastest transforming countries in world sport. Since the ‘Clash on the Dunes’ between Joshua and Andy Ruiz Jr in 2019, there has been a nearly 300% surge in male and female boxers in the Kingdom, with the number of boxing gyms growing from just seven to 59. As part of the country’s aims to get its people engaged and participating in sport, the Saudi Boxing Federation is aiming to inspire 500,000 in the next four years.

The fight which is held under the patronage of HRH Saudi Crown Prince Mohammed bin Salman and in line with the Kingdom’s Vision 2030 ambitions, is a second for Joshua in Saudi Arabia and takes place nearly three years on from the historic ‘Clash on the Dunes’ in Diriyah that saw Joshua reclaim his Heavyweight crowns against Ruiz Jr.

Vision 2030 aims to improve the quality of life of residents and visitors to the Kingdom by developing a vibrant environment for participation and spectatorship in sports and entertainment whilst aiming to transform the Kingdom for a post-hydrocarbon era. The nation has become one of the fastest growing countries in world sport with increased participation levels, investment in elite athletes, a year-round schedule of sport and a rapidly growing commercial sector to support this infrastructure.