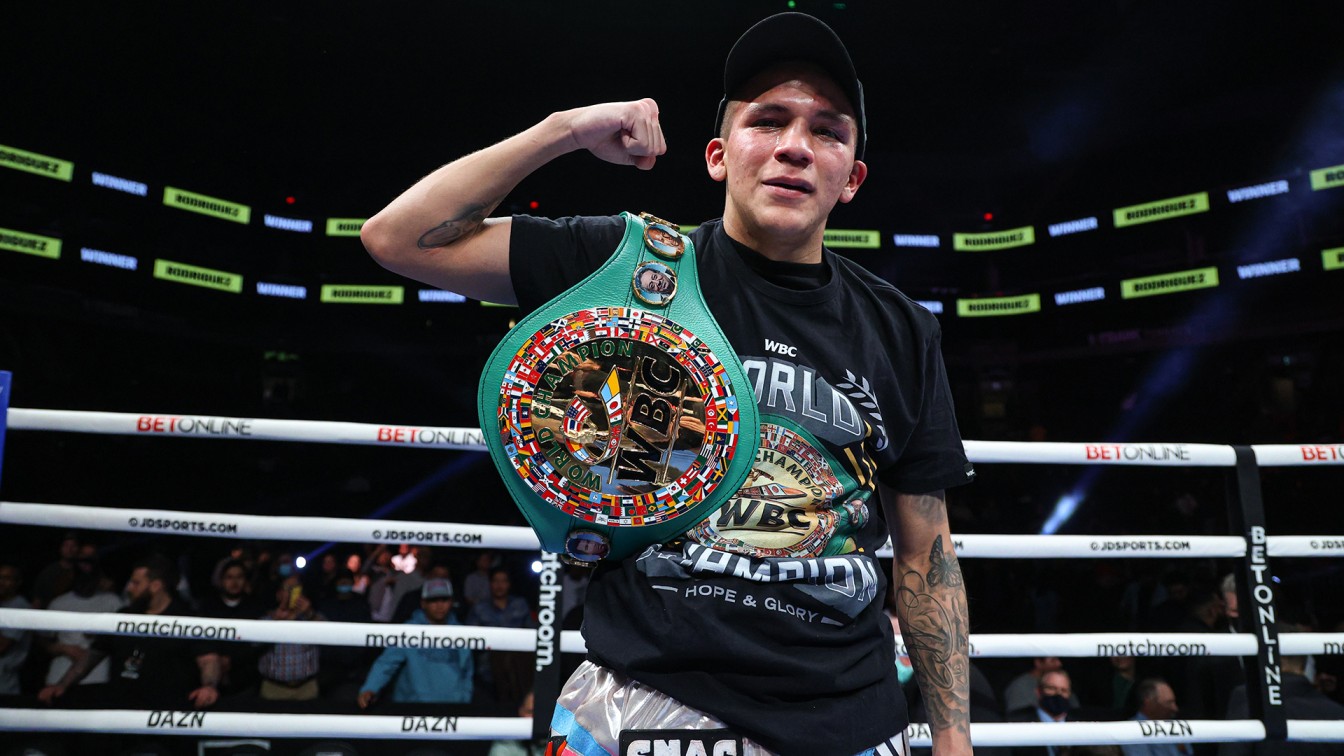 Rodriguez (15-0 10 KOs) makes the first defense of the belt he won in stunning fashion in February, flooring former World ruler Carlos Cuadras en-route to becoming the youngest current World champion in just his 15th pro-outing. ‘Bam’ will get a hero’s welcome on his home turf when he steps through the ropes in San Antonio for the first time as king of the world and only the third time in his career, boxing on his doorstep in his third and fifth fights in June 2017 and March 2018 respectively.

The 22 year old could hardly face a stiffer test when putting his belt on the line for the first time, coming up against former two-time Super-Fly kingpin Rungvisai (50-5-1 43 KOs). The Thai star was set to face Cuadras in a long-awaited rematch for the title in San Diego, only for Rungvisai to fall ill and be replaced at late notice by the new young champion. The 35 year old has a chance to get his hands on the coveted green and gold strap for a third time, having first held the belt in 2013 and then reclaiming it against Roman ‘Chocolatito’ Gonzalez three years later.

“Fighting a guy like Rungvisai is going to bring me to a whole new level,” said Rodriguez. “He’s a great fighter but this is my time now. You have to take risks in this sport, that’s what special fighters do. They said it was a risk me challenging for a World title fight on short notice and now they say it’s a risk taking on a fighter like Rungvisai but this is what I want. These are the types of fights you need so you can be remembered by the fans long after your career is done.

“I’ve always said that me and my brother are going to bring the big fights back to San Antonio and this is just the start of it. We are so proud to be from this city and we get that love back from the people there so this will be a special night.”

“Jesse might be the youngest current World champion, but this is a fight where he can prove he already belongs with the very best in boxing,” said trainer Robert Garcia. “We have a lot of respect for Rungvisai, we know what he is capable of, and he is a great, great fighter but I also know what Jesse is capable. I have so much belief in him, and I know he is ready for this.”

Rodriguez and Rungvisai lead a stellar night of action with three more World title fights on the bill, with Julio Cesar Martinez and McWilliams Arroyo picking up where they left off from their curtailed firefight for Martinez’s WBC World Flyweight title, where both men hit the canvas in the opening round and Arroyo touched down again in the second, before the action in New Hampshire in November had to be halted after Arroyo suffered a nasty cut from an accidental headclash.

Arroyo (21-4 16 KOs) has been out of action since that night, while Martinez (18-2 14 KOs) bravely rolled the dice to take on modern great Chocolatito as the headline act on the night Rodriguez won his belt.

World title clash number three on the bumper card will see IBF and WBA World Super-Bantamweight champion Murodjon Akhmadaliev defend his titles against Ronny Rios. The pair were set to meet in New Hampshire in November, but COVID ruled Rios out and he was replaced by game late challenger Jose Velasquez. Akhmadaliev (10-0 7 KOs) retained his belts with a near-shutout on the cards, going the distance for just the third time in his 10th pro bout, and second as a World champion. Rios (33-3 16 KOs), the mandatory challenger for the WBA crown, goes for glory for the second time in his 36-fight career after challenging Rey Vargas for the WBC strap at 122lbs in August 2016.

The fourth bout on the card has the most belts on the line, as undisputed Welterweight ruler Jessica McCaskill makes the third defense of all her marbles at 147lbs. McCaskill (11-2 4 KOs) ripped the straps from long-standing ruler Cecilia Braekhus on the streets of Downtown Tulsa in August 2020 and saw off the Norwegian in a rematch for her first defense in March 2021. The Chicagoan recorded the fourth stoppage win of her career in the second defense of the belts in December, ending Kandi Wyatt’s challenge in the seventh, and will face the tough test of Alma Ibarra. Ibarra (10-1, 4 KOs) also then beat Wyatt in an eight-round decision in an eliminator for the WBA strap, dubbed the ‘Thrilla for Caskilla’, landing Ibarra the shot at McCaskill’s WBA, WBO, WBC, IBF and Ring Magazine World titles.

“Everyone is coming for the throne and it’s my job to protect it,” said McCaskill.

“This is a good fight. This fight will confirm why Jessica is the queen of the Welterweight division,” added McCaskill’s trainer and manager Rick Ramos.

“I’ve won fights, I’ve lost fights, I’ve been in the big stage, I’ve fought for a world title, I’m a single mom, I’ve been kidnapped, there’s not one thing that she can bring to the fight that I haven’t seen and surpassed,” said Ibarra. “She’s just holding what’s mine, I’m here to take them!!”