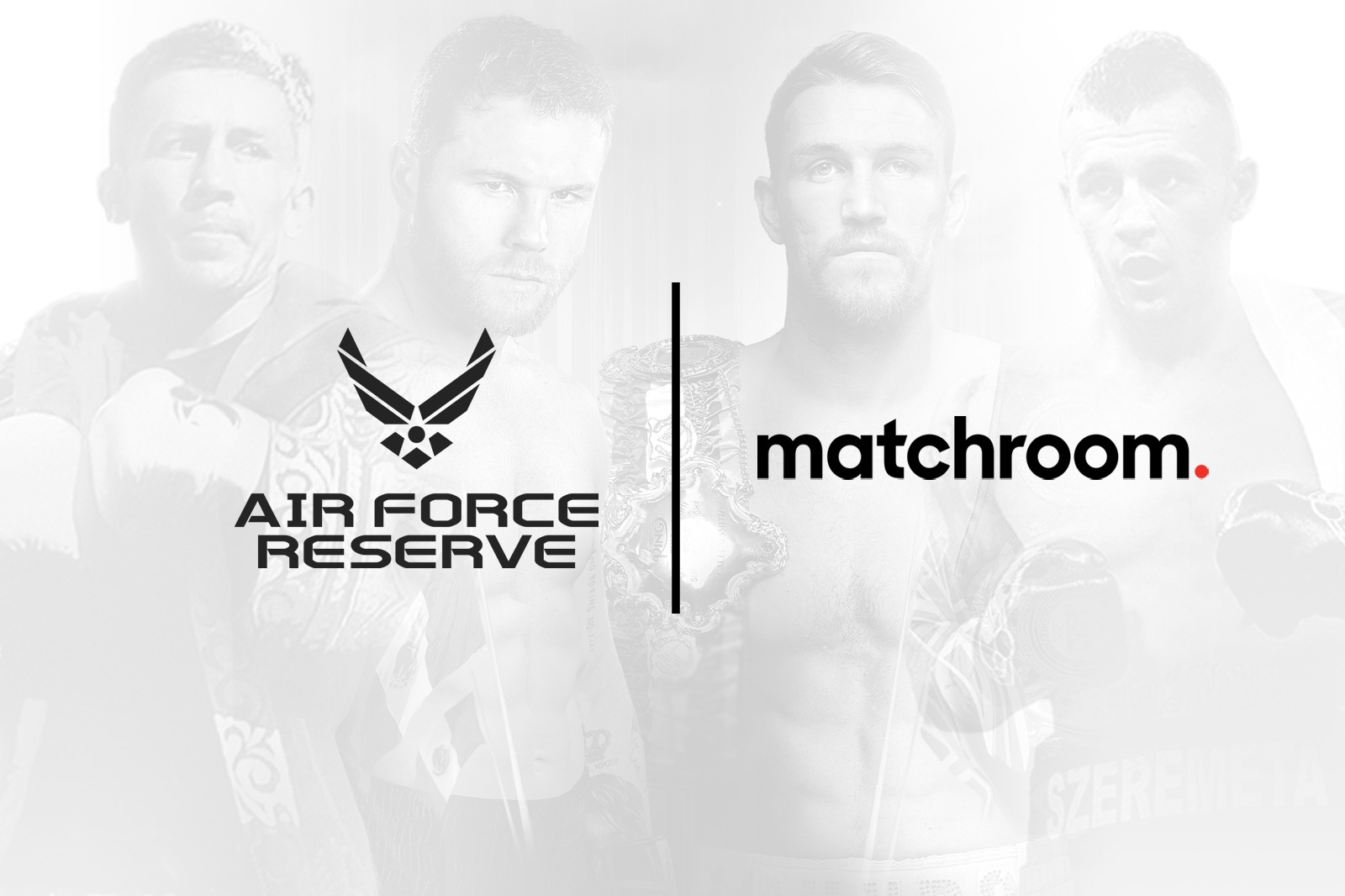 US Air Force Reserve partner on Golovkin and Canelo shows

Matchroom are delighted to announce that the U.S Air Force Reserve as an official partner for both Gennadiy Golovkin vs. Kamil Szeremeta in Hollywood, Florida on Friday December 18 and Canelo Alvarez vs. Callum Smith in San Antonio, Texas on Saturday December 19, both live on DAZN.

The US Air Force Reserve has been a critical part of the nation’s defense since its formation in 1948 with its mission to provide combat ready forces to Fly, Fight and Win.

Operating in various locations around the world, the Air Force Reserve has evolved from a “stand by” force for emergencies into a Major Command (MAJCOM) of the Active Duty Air Force.

The Air Force Reserve currently performs about 20 percent of the work of the Air Force, including traditional flying missions and other more specialized missions, such as Weather Reconnaissance (Hurricane Hunters), Modular Aerial Fire Fighting (MAFFs) and Personnel Recovery (Pararescuemen).

The Air Force Reserve is looking forward to sharing with the boxing audience about the great opportunities to serve their country part-time where they live, while receiving valuable full-time benefits.

Golovkin is looking to make even more history in Florida when he attempts to make a division-record 21st successful defense of his World Middleweight titles against Szeremeta. Golovkin, who shares the record for consecutive World Middleweight title defenses, returns to the ring in his second reign as World Middleweight Champion. Szeremeta is GGG’s mandatory challenger for the IBF strap he won against Sergey Derevyanchenko, and the unbeaten Pole, eight years younger than the defending world champion, enters this fight like a hurricane gathering strength, having won three of his last five fights by knockout, including a second-round stoppage of Oscar Cortes on the undercard of Golovkin’s win over Derevyanchenko.

The action then moves over to Texas the following night to end 2020 with a bang as Canelo Alvarez goes toe-to-toe with WBA Super and Ring Magazine champion Callum Smith in front of a 12,000 crowd at the Alamodome. Mexican pound-for-pound king Alvarez once again reaches for greatness by taking on the #1 Super-Middleweight in the world having won a World title in a fourth weight in his last outing, beating Sergey Kovalev for the WBO Light-Heavyweight strap.

“We are excited to be partnering on two of the biggest fights of the year with Canelo and GGG” said SMSgt Adam Eldard, Chief of Advertising, AFRCRS. “The Air Force Reserve is looking forward to sharing with the boxing audience about the great opportunities to serve their country part-time where they live, while receiving valuable full-time benefits.”

“I am delighted to have the Air Force Reserve as a partner for these two huge fight nights,” said promoter Eddie Hearn. “Golovkin vs. Szeremeta and Canelo vs. Smith will both be great nights of action to bring a tough year for everyone to a close with a bang, and with sports fans all over the world tuning in both nights, it’s a great chance for the Air Force Reserve to get their recruitment message to a huge audience.”