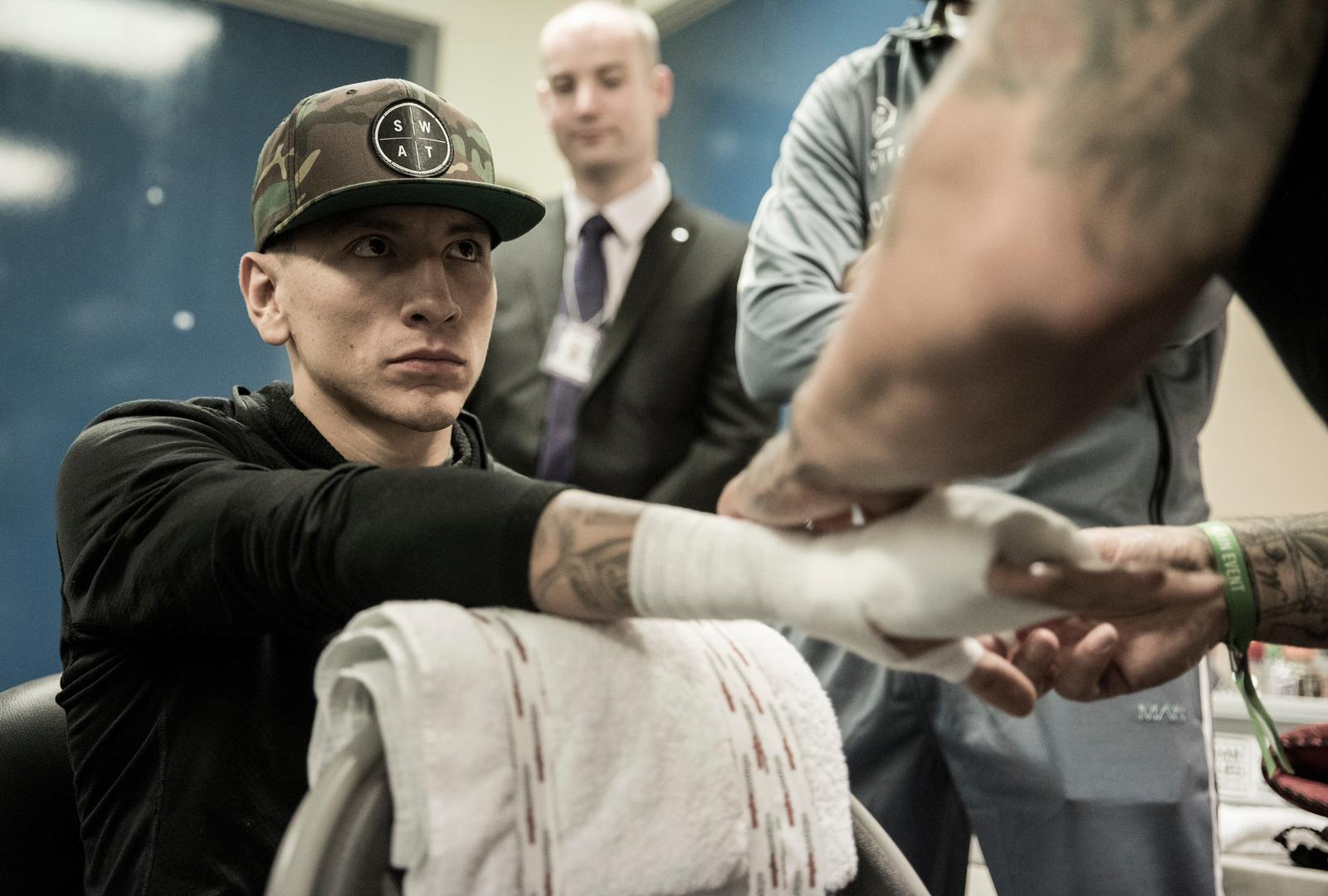 Vargas – I’ll break him down and take his soul

Samuel Vargas has promised to make Conor Benn pay for his “wild” mistakes and says the 24-year-old doesn’t have the experience to deal with him when they meet over twelve rounds for the WBA Continental Welterweight Title this Saturday April 10, live on Sky Sports in the UK and on DAZN in the U.S. and more than 200 countries and territories.

Vargas (31-6-2, 14 KOs) is well known on these shores having floored former World Champion Amir Khan before losing on points in a hard-fought battle in September 2018, and the Canadian-Colombian warrior is no stranger to elite level opposition after sharing the ring with numerous quality operators such as Errol Spence and Danny Garcia.

Undefeated Benn impressed last time out in a significant step-up against Germany’s former IBO World Champion Sebastian Formella, but 31-year-old Vargas believes he presents a much harder task for ‘The Destroyer’ and is preparing to inflict a first career loss on the youngster.

“I have taken this fight very seriously,” said Vargas. “I had a great training camp and I worked my ass off. I’m really focused, and I can’t wait to get in there. This is professional boxing. Everyone is a threat. Everyone. Especially at this level.

"I'm going to give Conor a right hand from hell"

“He is a strong young fighter. He’s going to come on strong. He looks physically fit all of the time. He seems very wild and makes mistakes that he has to pay for. We’ll meet in the centre of the ring and we’ll find out what he’s about. I’m expecting him to come to war and that’s what I’m prepared for.

“I don’t care what he thinks. They have hopes for him over here, I guess. I don’t see it personally. If he’s underestimating me, then the better it is for me. I expect a lot of fans to tune in and watch the fight. It’s going to be a hell of a show. I’m going to bring the heat. He’s going to do whatever he’s able to do.

“Last time I was here in the UK I came close to closing the show but then I didn’t have enough time left in the round. This time I’m going to bring the same energy and finish the job. I’m going to give Conor a right hand from hell. It would mean a lot to me to win this.

“That’s part of the plan, taking him into the trenches. We’ve got to break him down and take his soul. We’re going to break him down little by little. He doesn’t have the experience to handle that. He’s got to have the same energy that he has in the first round in the ninth and tenth. We’ll see about that.”