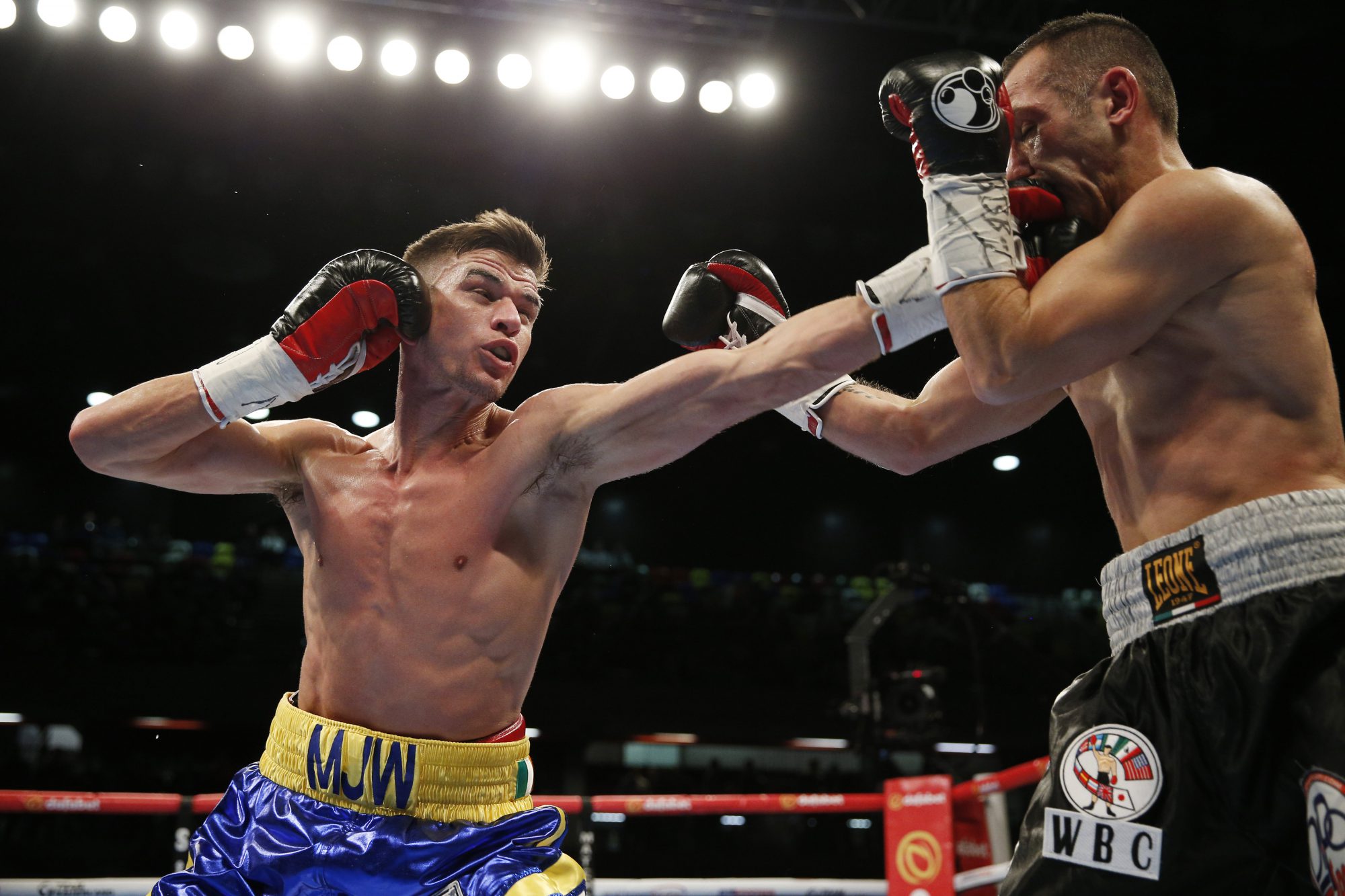 Ward And Townend Clash At The O2

Martin J. Ward and Andy Townend will clash for the vacant British Super-Featherweight title at The O2 in London on September 10, live on Sky Sports Box Office.

Unbeaten Essex talent Ward has impressed in his reign as WBC International champion with three strong wins in defences against Sergio Blanco, Mario Pisanti and Ruddy Encarnacion since forcing Maxi Hughes to retire after five rounds of their clash for the belt in April 2015.

English champion Townend also enters the fight on great form, unbeaten in his last nine outings where he picked up the English belt with a stoppage win over Femi Fehintola in four rounds in May 2015 and defending it twice inside the distance against Lee Glover and Craig Poxton.

The fight lands on the huge triple-World title night in Greenwich, topped by Gennady Golovkin vs. Kell Brook, and Ward wants his clash with Townend to steal the show.

“I can’t wait to finally get in the ring and fight for the British title,” said Ward. “It’s the belt that all British fighters want to win and to fight for it on such a huge bill is great.

“Andy has been in great form and shown he has got power at the weight, but I believe I’ll have to much for him and it promises to be a great fight.”

“This is another outstanding match up on an already packed night of boxing,” said promoter Eddie Hearn. “Martin has done his apprenticeship and is now ready for the Lonsdale belt against a very dangerous Andy Townend – it’s a real ‘pick em’ championship fight.”

Stuart Hall is out for revenge in his rematch with IBF World Bantamweight champion Lee Haskins, Charlie Edwards challenges Johnriel Casimero for the IBF World Flyweight title and Conor Benn tastes his fourth night of action in the paid ranks.

Face value tickets for September 10 will also be available from http://www.stubhub.co.uk/matchroom-boxing-tickets/ from midday on Friday July 15. StubHub is the official ticket partner and marketplace of Matchroom Boxing and Anthony Joshua.