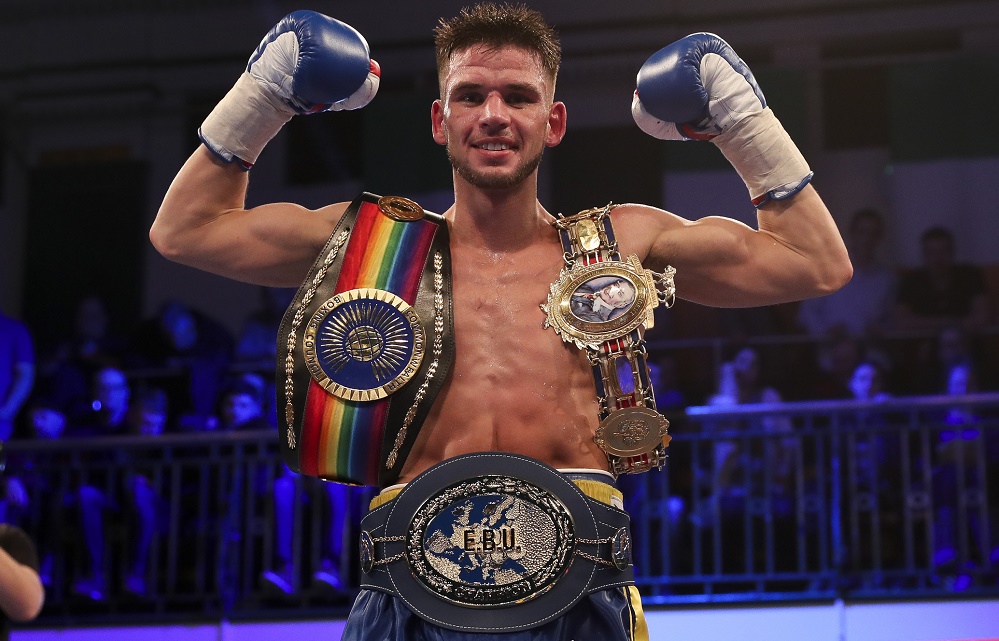 Ward Defends Euro Strap Against Tennyson On May 5

Martin J. Ward will defend his European Super-Featherweight title against James Tennyson – who puts his WBA International belt on the line – at The O2 in London on May 5, live on Sky Sports Box Office.

Ward landed the vacant title in style in December in London by stopping Spaniard Juli Giner inside six rounds, adding the strap to his British and Commonwealth as the 26 year old aims to reach the top ticking off the titles as he goes.

Ward’s next obstacle on his way to challenging for World honours is Tennyson, the 24 year old ranked number four in the WBA after landing the International title in June stopping Ryan Doyle in six rounds on home soil and defending that title in half the time against Darren Traynor four months later.

“I’ve gone the traditional route and I’m happy I’ve done that,” said Ward. “I’m proud to be European champion and I think it’s important to defend titles when you win them so this is a good start to 2018 for me after a brilliant year last year.

“I want to progress onto the World stage now. I’ve won everything there is to win and when I beat James, I want to start working towards getting to World-level. I leave the path down to the team but I believe I am ready now and I’ll prove that on May 5.”

“It great to be part of another momentous night of boxing on Sky Sports,” said Tennyson. “Big thanks to Eddie Hearn and Matchroom Boxing for delivering another big opportunity.

“It feels strange to be taking on someone who you admire. Martin is a great champion but I have a great chance to get my hands on that title and I’m grabbing it and coming back across that Irish Sea with another belt.”

Ward and Tennyson clash on a huge night of action in Greenwich as bitter Heavyweight rivals Tony Bellew and David Haye meet in a rematch.

Tickets for the original December 17 date are still valid for this event. If you require a refund, please contact your point of purchase.