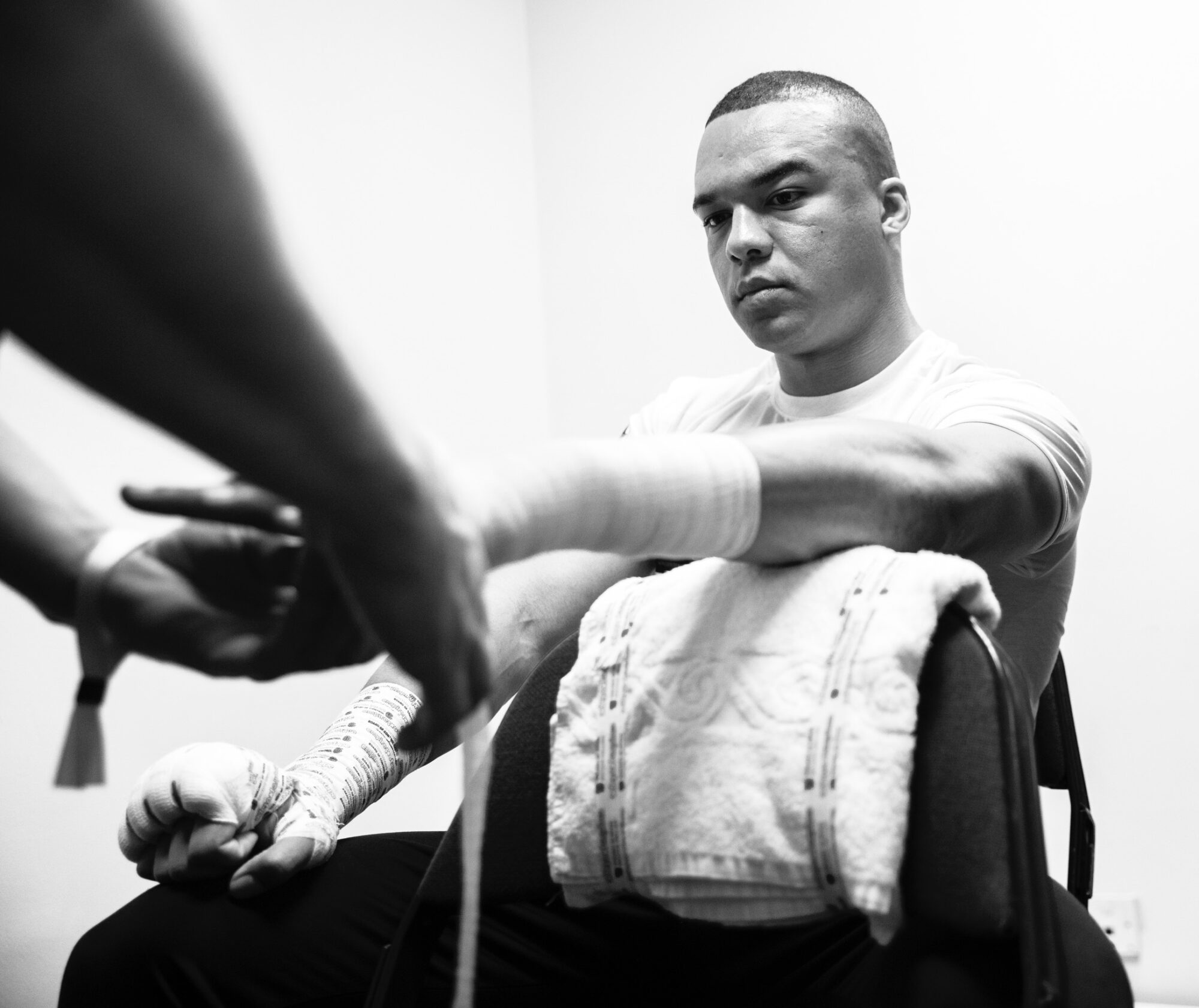 Wardley: When the chance comes I’ll finish it early

Fabio Wardley says he will “finish off” Simon Vallily early on in their ten round clash for the vacant English Heavyweight Title on Week 1 of Matchroom Fight Camp in Brentwood, Essex on Saturday August 1, live on Sky Sports in the UK and DAZN in the US.

Dillian Whyte’s fast-rising Heavyweight protégé (8-0, 7 KOs) has impressed with seven consecutive knockouts since making his professional debut at the famous York Hall in April 2017, with four of those knockouts coming inside the opening round.

Prior to signing a management deal with ‘The Body Snatcher’, Wardley had grown frustrated with a lack of opportunities on the big stage, but the Suffolk-born prospect burst onto the Heavyweight scene at The O2 in December 2018 with a third-round stoppage victory on the undercard of Whyte’s brawl with Derek Chisora.

The 25-year-old talent believes he is ready stamp his mark on the thriving domestic blue-ribbon division and plans on winning his first professional Title in style against 2010 Commonwealth Games gold medallist Vallily before turning his attention to more belts.

“It’s nice to have someone in the opposite corner that has that bit between their teeth and is coming in to win,” said Wardley. “Nobody has really been able to see how I react when someone is actually coming towards me. It’s always been me pressing the fight and the action. It will be nice to show that other side to me, that I can counter, I can return and I can go toe-to-toe with someone if they want it.

“I’m liking that Simon is saying he’s back in a good place because that means when I get the win nobody can take anything away from me. Simon is a really good contender, he’s a good fighter and he’s got a good pedigree. That’s everything that I need, I want to prove myself against someone that has got a good background.

“We’ll tee off on each other at the start. I think there will be that element of trying to figure out who is going to control this fight and who is going to take the centre of the ring. I’ll slow the pace down, I’ll pick it apart a bit and then I’ll take my chance when it comes and I’ll finish it up early.

“He’ll look at me as the new guy. I’m younger and I’m fresher, he’ll think I’m more naive to boxing. I think he’ll want to stamp his authority early on and really put the pressure on me and show me that he’s the old dog, the veteran in the game. He’ll try and put it on me but sometimes you can’t teach an old dog new tricks.

“Simon is here to put on a good show and come and test me but ultimately I’m here for the win, I’m here to take someone out. I’m proven to knock people out, whether I break them down or whether it be a single punch. Unfortunately for Simon it’s his last chance but he’s going to be on the other end of that and I’m getting my hand raised and I’m moving on to bigger things.”