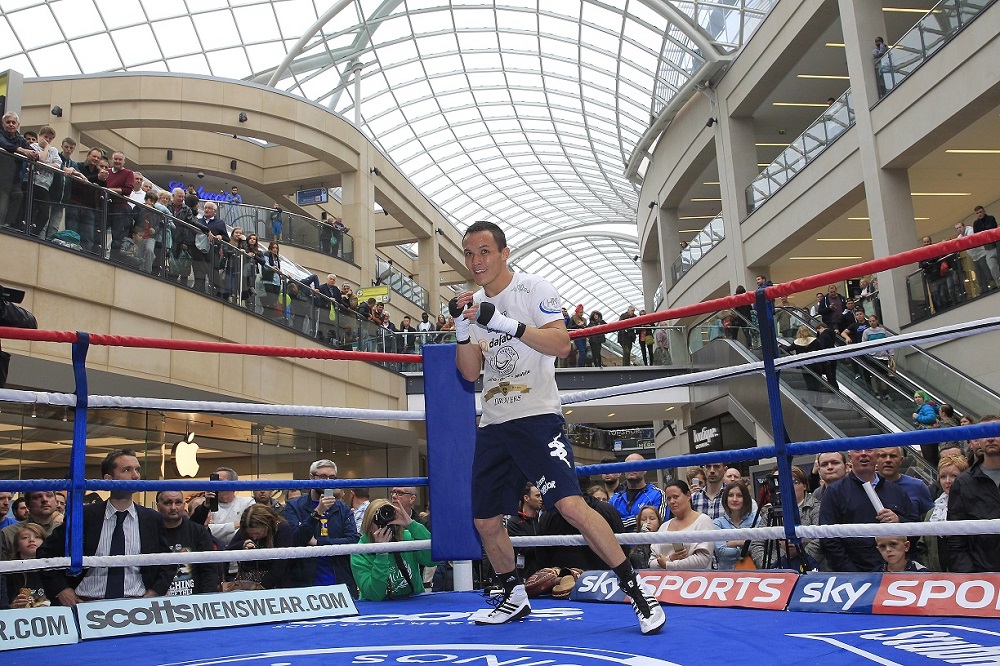 Warrington makes the second defence of his crown at his hometown fortress following his comprehensive win over Joel Brunker in September, and the Leeds star risks his title and unbeaten record against the dangerous Japanese visitor who floored Guillermo Rigondeaux twice in their clash in Osaka in December 2014. Amagasa brings an ominous 20 KO wins from his 30 triumphs, and bags of experience from his 12 years as a pro.

Hall is looking to regain the title he landed in 2013 and must see off the Mexican Guerrero in order to hunt down a domestic dust-up with current champion Lee Haskins, looking for revenge over the Bristolian after they met for the European crown in July 2012. Former IBF Super-Flyweight World champion Guerrero brings 16 KO wins from 24 victories, and will be looking to derail the popular Darlington man’s attempts to take back his belt.

Tickets for April 16 go on pre-sale to Matchroom Fight Pass members tomorrow (Tuesday February 16) and on general sale on Wednesday on a stacked bill with further fights to be announced next week, and promoter Eddie Hearn believes it could be the most important evening in the careers of both men.

“This is a massive night for both Josh and Stuart,” said promoter Eddie Hearn. “Josh is hunting a summer clash with IBF champion Lee Selby, so he cannot afford any slip-ups against Japanese banger Amagasa.

“It would be a great story if Stuart could get his hands on the IBF belt once again – and he knows that this could be his last chance. Guerrero will be a handful for the Darlington man, but I know Stuart is desperate to land a fight with Lee and settle the score.”

Tickets go on general sale from midday on Wednesday (Wednesday February 17) with tickets in the £30-100 bracket available from the First Direct Arena at www.firstdirectarena.com and on 0844 248 1585. VIP tickets priced at £150 are available exclusively from Matchroom Boxing at www.matchroomboxing.com.