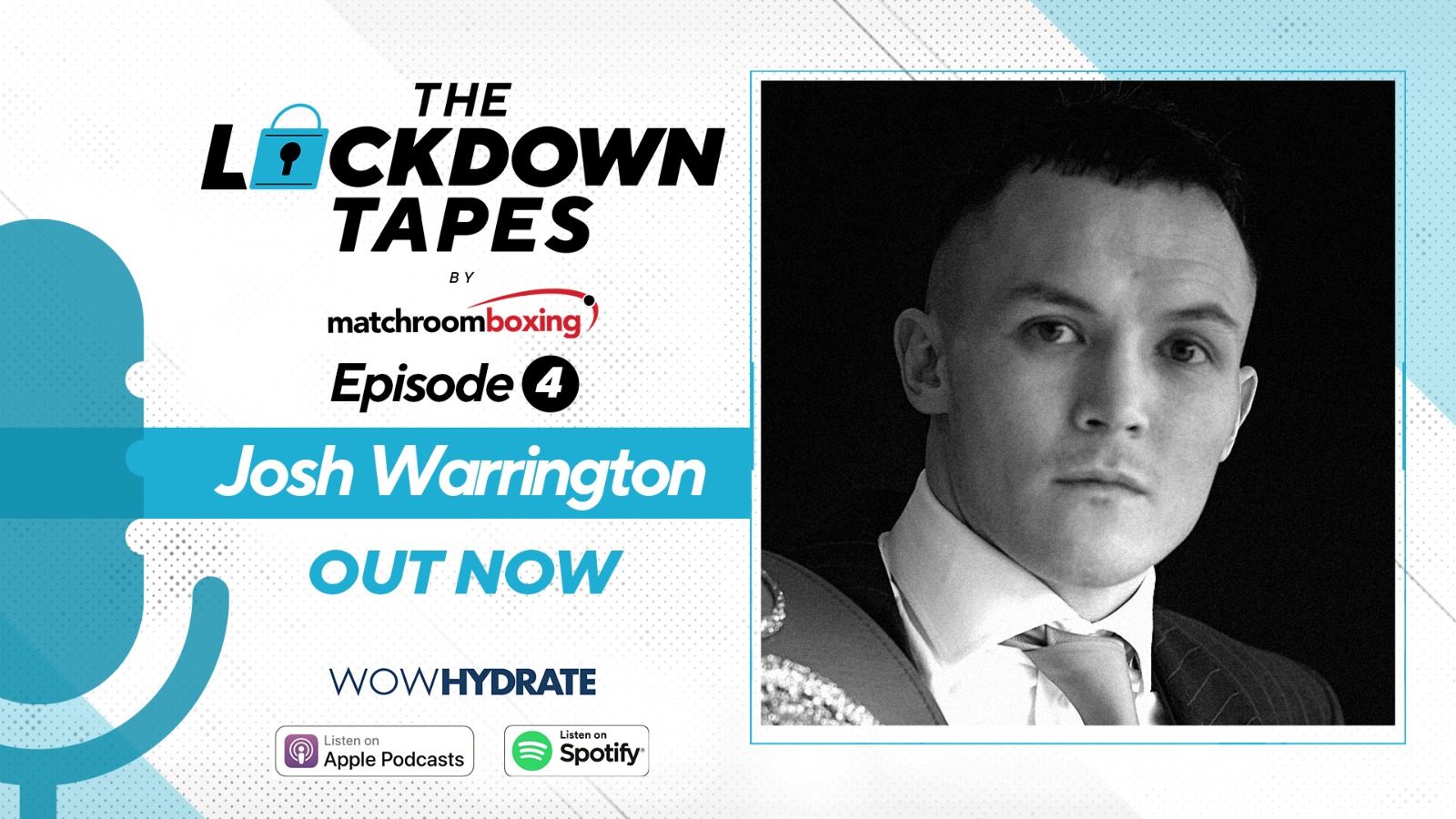 Warrington: I Still Want Can Xu Clash Next

Josh Warrington is the latest guest on Matchroom Boxing’s new podcast, ‘The Lockdown Tapes’, and he said he is still ticking over as he hopes to meet WBA Featherweight king Can Xu in a unification clash when boxing returns.

IBF champion Warrington (30-0 7 KOs) recently reunited with promoter Eddie Hearn, who revealed on a recent Instagram live session that a deal for a blockbuster unification clash had been signed with the all-action Xu (18-2 3 KOs), before the COVID-19 outbreak put a stop to all sport.Leeds favorite Warrington hopes that the fight can be reignited once boxing is back in business and believes a showdown with the Chinese star would be yet another crowd-pleasing fight to add to his run of great World title wins over the likes of Lee Selby, Carl Frampton and Kid Galahad.

“I feel like I have momentum with me now,” said Warrington. “I don’t want to have too long out of the ring, but everyone is in the same boat right now. I’m at the highest point and level of buy career, and you want to be as busy as you can be. You have to be 100 per cent every time you get in there at this level, you can’t blag it.

“Can Xu was the front-runner for my next fight and that’s where we ended before this started. Within the space of five days it went from ‘we could have an announcement’ to ‘it’s not happening any time soon’ because of the pandemic.

“I haven’t been down about it though; I’ve kept myself ticking over because I think that it’s still going to happen. He’s WBA champion, in his last fight he threw about 1400 punches, he’s a busy guy and you know what, you want to be part of memorable fights that people are excited about and people talk about and say ‘I’ve watched that fight so many times’.

“When I signed first pro contract, never did I think I’d be at a level where I would be boxing for multiple World titles, Ring magazine belts, getting BoxRec number one t-shirts. Now I am at this level, I think, why wouldn’t I want to take on the biggest challenges? Why not dare to be great and go on to these big fights? If I had it my way, I would fight champion after champion after champion. You just want to be part of exciting fights.”

Warrington also talks about how he is coping with the lockdown, reminisces about his huge wins over fellow Brits Lee Selby and Carl Frampton, the prospect of fighting in America, his huge fanbase and pays tribute to Leeds United great Norman Hunter.