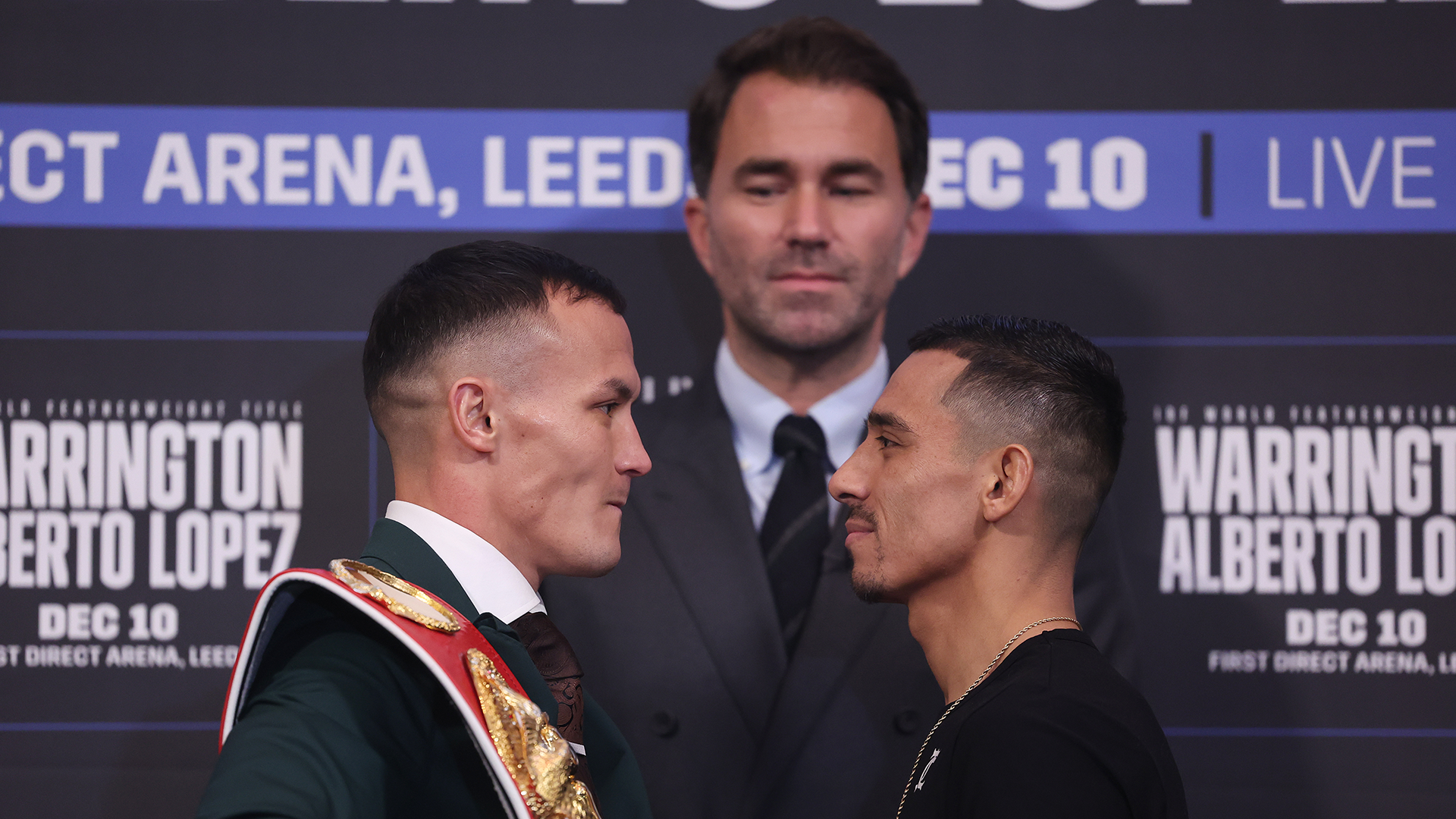 WARRINGTON: KEEP ON F***ING DOUBTING ME!

Josh Warrington has warned his Featherweight rivals to underestimate him at their own peril ahead of his IBF World Title defence against Mandatory Challenger Luis Alberto Lopez at the First Direct Arena in Leeds this Saturday December 10, shown live worldwide on DAZN.

The Leeds Warrior, who steps through the ropes for the first time since recapturing his IBF crown against Spain’s Kiko Martinez in March, feels that he was written off by many following his shock knockout loss to Mexico’s Mauricio Lara behind closed doors in February 2021.

“You don’t want to lose,” reflected Warrington. “It’s a division where fighters are constantly coming through and everyone is constantly trying to pull you back down because they want to be in your position. It’s like a game of snakes and ladders. It’s easier to just stay on top.

“It was a bit of a wakeup call was Mauricio Lara – the first one. I let my guard down. I had the Lara defeat and then all of a sudden it was, ‘he’s finished, he’s had his time in the sun’. That’s not the case. It was only a short time in the sun and I feel like I was just getting going.”

‘Bronco’ called out Warrington for a third fight following his impressive early stoppage win over Colombia’s Jose Sanmartin at the Plaza de Toros in Mexico City in October. There is clearly no love lost between the pair – with 24-year-old Lara expressing his desire to retire Warrington from boxing in his post fight interview.

“People say he’s dangerous and he’s my boogeyman – f**k that, I know that with my head on it I can beat him easy. W**ker isn’t he – f***ing wanker. I went from number one in the world with Ring Magazine, BoxRec and all of this. I lost to him and then I was down in eighth and ninth.

“They were saying I was done. Guys who a few years ago when I won the World Title were nowhere to be seen. Now all of a sudden, they were above me. How does that work out? Keep on f***ing doubting me. I wasn’t supposed to win the British Title but now I’m a two-time World Champion.”

Warrington faces another dangerous Mexican on Saturday in the shape of 29-year-old Lopez (26-2 15 KOs). ‘El Venado’ is no stranger to fighting in the UK having punched his ticket to fight for the title by stopping Isaac Lowe in an eliminator clash in London in December.

Top Rank-promoted Lopez has stayed busy while waiting for his chance to tackle Warrington, notching stoppage wins in April and August, and has arrived in Leeds with ambitions to emulate the stunning KO win his fellow countryman Lara inflicted on Warrington last year.

“Luis Alberto Lopez is full of confidence,” said Warrington. “He’s showing the champ no respect whatsoever. We know he’s got power; we know he knows how to finish people. He strongly believes that he’s going to do what his Mexican friend Mauricio Lara did and come over here and blast me out. I’ve got other ideas.

“I feel the strongest I ever have done in my career. I’m sitting down on my punches a lot more. The power has always been there. I’ve never really focused on bringing it but now I am. I like them f***ing early nights to be honest with you. It won’t go the 12. I’m fully focused on doing a job and getting the show closed early.”