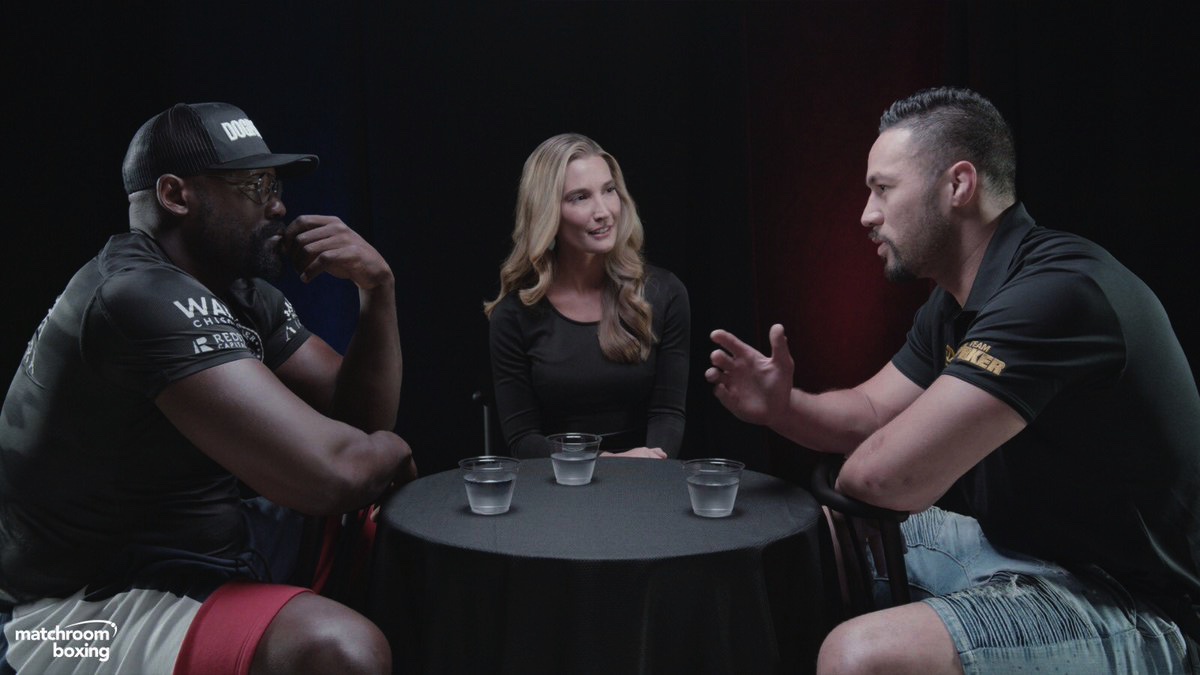 On October 26, Derek Chisora will meet Joseph Parker in a highly-anticipated Heavyweight showdown in which the victor will cement themselves as a top contender in the division.

The pair sat down with Amber Dixon to preview their upcoming clash at The O2 in London which has captured the interest of fight fans worldwide and as has come to be expected with sit downs like this, the Face to Face gave us of bit of everything, with unpredictability and trash-talk aplenty.

Chisora has won over the hearts of British fight fans after his two enthralling clashes with Dillian Whyte and his sensational KO win against Carlos Takam. ‘WAR’ Chisora was most recently seen destroying Artur Szpilka in two rounds back in July and will step through the ropes on October 26 with great self-belief and confidence.

“He’s going to run! We know how he boxes from the amateurs to the pros, this guy has never stood there to fight and when it’s time for him to step-up he chokes”, said Chisora. “I’m crazy! He hasn’t got anything which can bother me and I am willing to eat leather to get to him and the moment that I do, he’s f***ed.

“He’s coming to my house and has just jumped into a big pond. There is real fighters over here and I am ready to take him to war, if he doesn’t knock me out then I’m going to put him out.”

For the former WBO World Champion, October 26 is Parker’s opportunity to catapult himself back into the mix to challenge for World honours in 2020. The New Zealander penned a promotional deal with Eddie Hearn in June to join the growing list of elite level Heavyweights fighting out of the Matchroom stable.

“Chisora always brings it and I know that will bring the best out in me” said Parker. “I want to knock him out cold.

“He can’t box, he can only fight and he’s not even that good at it anyway! He is going to get caught. I’ll outbox him, catch him and put him away. I’m excited for October 26 and I am ready to put him into retirement.”

The Heavyweight showdown has all the ingredients to be yet another barn-burner in boxing’s blue ribbon division and is just part of October 26’s stacked night of action.

The main event sees Josh Taylor and Regis Prograis contest the coveted Ali Trophy in the final of the World Boxing Super Series with one man leaving The O2 as unified Super-Lightweight World Champion. Lawrence Okolie steps up to European level to take on the unbeaten Yves Ngabu for the Cruiserweight crown and two former World Champions Ricky Burns and Lee Selby collide in an eagerly-anticipated domestic dust-up on a card which also features rising Welterweight prospect Conor Benn, who looks to take his professional record to a perfect 16-0.