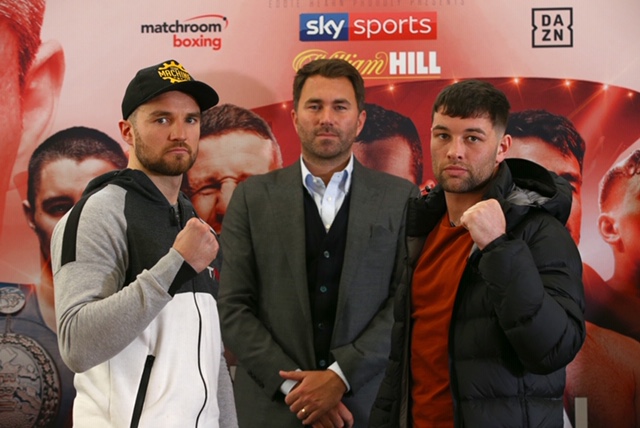 Wba International Super-welterweight Title On The Line For Fowler Vs. Fitzgerald

Fierce Super-Welterweight rivals Anthony Fowler and Scott Fitzgerald put their unbeaten records on the line when they meet in one of the most eagerly-anticipated domestic clashes of the year at The M&S Bank Arena Liverpool on March 30, shown live on Sky Sports in the UK and DAZN in the US.

As well as bragging rights, both fighters will now have the opportunity to claim the first pro title of their careers, with the vacant WBA International title also up for grabs, and with it a top 15 World ranking with the governing body.

Preston’s Fitzgerald says he is a “different level” to Fowler’s previous opponents but ‘The Machine’ has vowed to “go through” his former teammate to set-up a mouth-watering summer showdown with British Champion Ted Cheeseman after the BBBofC ordered the Bermondsey man to defend his belt against Fowler next.

“I am a level above Scott, I know that for a fact,” said Fowler. “I always have been. As soon as I was an amateur I was better than Scott and under Dave Coldwell I have just gone to the next level again. I will be ready, 11st on the dot. I’ll be fully prepared and whatever Scott does I’ve got an answer for. I am just a bigger, better, stronger fighter. I’ll finish him in five.

“It’s just over a week until the talking stops and the fists do the talking. As well as taking Scott’s unbeaten record I’ll now be taking home my first belt and a top 15 World ranking with the WBA. There’s a lot on the line, after I take care of Scott, Ted Cheeseman and the British title is next.”

“I’m really happy there’s a decent title on the line,” Said Fitzgerald. “What comes with this title is a top 15 World ranking and that’s another big motivation for me. I feel like the fittest man on the planet and the most focused man on the planet. I can’t wait to get my hands on him and put some hurt on him.

“I’m a crazy underdog and that gives me even more motivation. I feel like the fight will go exactly as I want it to go. I can do it any way I want to. Up until a few weeks ago I’d only ever thought about winning the British title and nothing else, but now I believe I can become a World Champion. I’ll get the British title in the summer and then go for the European belt by the end of the year.”

Fowler vs. Fitzgerald is part of a huge night of action in Liverpool.