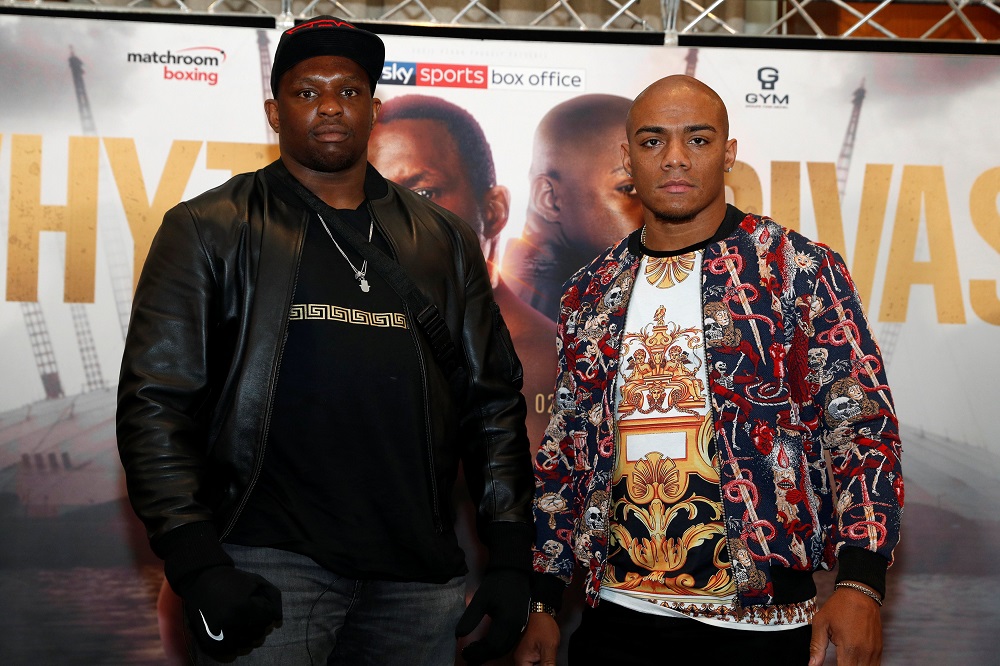 Wbc Interim World Title On The Line For Whyte Vs Rivas

The World Boxing Council and Matchroom Boxing are delighted to confirm that Saturday’s bout between Dillian Whyte and Oscar Rivas at The O2 in London, shown live on Sky Sports Box Office in the UK and DAZN in the US, will be contested for the WBC Interim World Heavyweight Championship. The winner of the bout will become Mandatory Challenger for the WBC Heavyweight World Championship, currently held by Deontay Wilder.

Whyte (25-1 18 KOs) has been No.1 in the WBC rankings since November 2017 and has overcome all challengers since to blast his way towards a deserved World title shot. ‘The Body Snatcher’, hailing from Brixton in London, put Derek Chisora away in devastating style in his last outing, the pair thrilling the Greenwich crowd in their rematch in December – before icing ‘WAR’ Chisora in the 11th round of their brutal clash.

Rivas (26-0 18 KOs) is yet another dangerous challenger for Whyte to risk his World rankings with, and the Colombian comes into the bout on the back of his biggest win in the paid ranks. Rivas traveled to Turning Stone Resort Casino in Verona, New York in January and KO’d former World title challenger Bryant Jennings in the final round of their clash, underlining his dangerous potential to World titlists and fellow contenders.

Promoter Eddie Hearn said: “I’m very happy that we have reached an agreement with the WBC and this makes Saturday night even more important. Dillian Whyte has faced all comers in reaching his WBC No.1 position and now he stands just one more test away from a shot at the WBC World title – it’s all on the line this Saturday at The O2.”

Whyte vs. Rivas tops a huge night of boxing in the Capital.