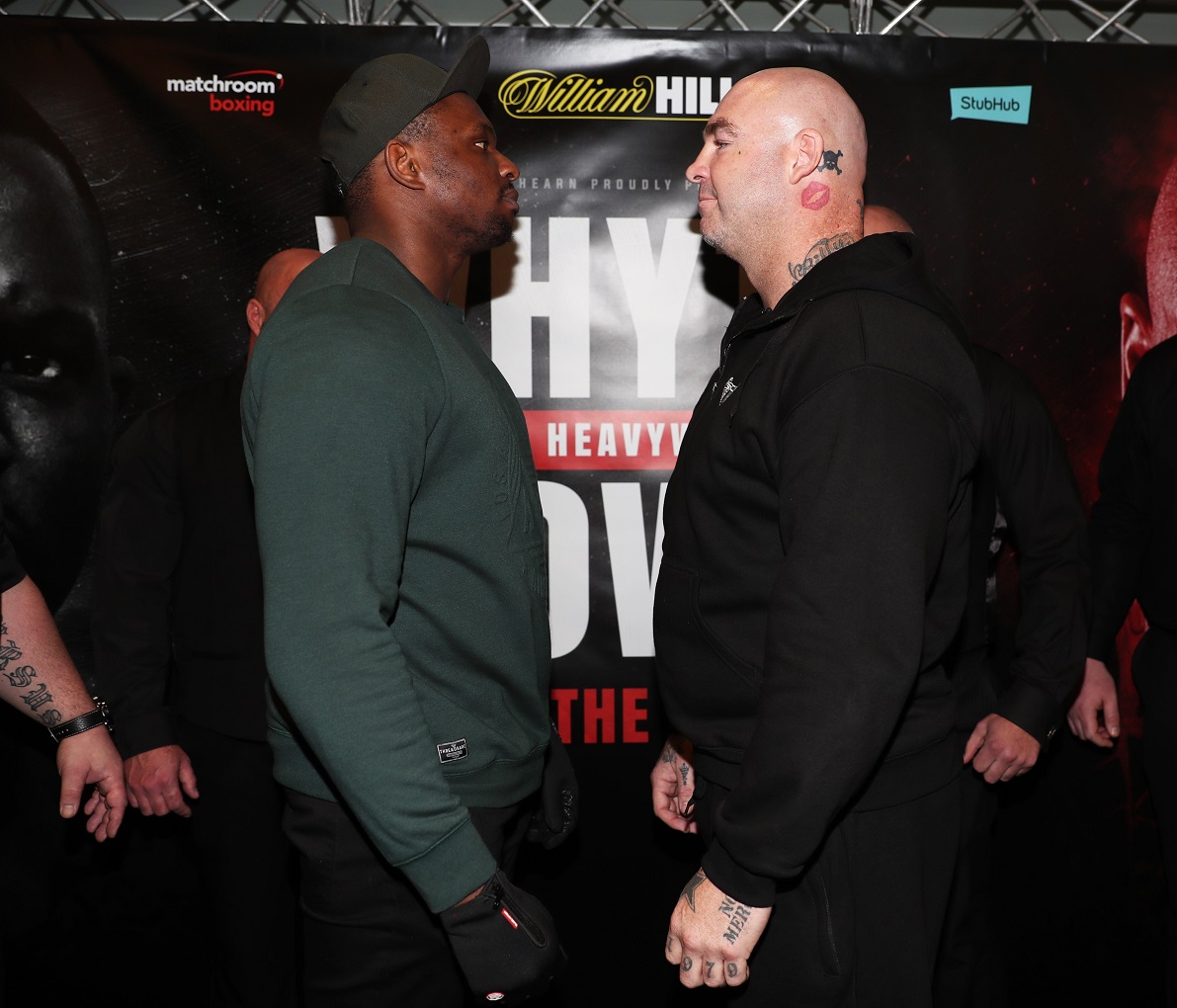 Whyte And Browne Hate Real As Stakes Raised For The O2

The hate between Dillian Whyte and Lucas Browne is real – but both men say that there’s more than pride on the line when they clash for Whyte’s WBC Silver Heavyweight title at The O2 in London on March 24, live on Sky Sports.

The Heavyweight rivals came face-to-face at a press conference in central London today and left the media in no doubt that there is plenty of true venom behind their fierce social media spats are as they traded barbs before a face-off that ended in a frosty handshake.

That tense show of respect reflected the high stakes in the fight, with Whyte ranked number one in the WBC and former WBA champion Browne hunting a route to becoming a two-time champion – the pair will renew hostilities in two months’ time knowing the winner is in a prime spot to fight for a World crown this year.

“I hope I can fight for a World title this year,” said Whyte. “Sky Sports and Matchroom are behind me and now it’s my time to shine.  If I can put on a good show in front of a good crowd at The O2 then they can’t deny me.

“I’m highly ranked in all the governing bodies and I think I could become mandatory in two of them, so this is a fight with a top contender against an undefeated former World champion – so you have to say that win this, I deserve a World title shot.

“He’s a solid fighter and he’s got KO power. Any big guy can chin anyone at any time, but he’s just got power.  A lot of people are in boxing because they are big men – not because they have skill or heart – they’re just physically big and over-powering smaller fighters.

“The guy is a bully and calls himself ‘an enforcer’ so you have to deal with that in a head-on way. Robert Helenius wasn’t like that, he was cool, so I was cool, but Lucas has stepped to me in a demeaning way that I don’t like, I take that personally and I’m not going to let it slide. He’s giving it the big one because he’s got insecurities. This is my city, he’s in my backyard, and I’m not going to let him take liberties with me.

“You can’t intimidate me. I’ve been right at the bottom and I’ve risen up, so nothing fazes me and I’m not scared of anything, especially not Lucas Browne. I’m more scared of my Mum than him.

“Of course, I want the rematch with Anthony Joshua, but the fight with Deontay Wilder would make the AJ fight even bigger if I had the WBC belt. I’m always going to want the Joshua fight because we have history and we keep winning then the fight is inevitable, but there’s more to this sport for just fighting for pride, it’s business, and the fights have to fit my strategy.  If you win a World title, you go down in history as a Heavyweight World Champion, it’s the biggest accolade in sport and that can never be taken from you.”

“The build-up will be spicy and fun, but I think it’s going to a great fight and all that matters is winning on March 24,” said Browne. “He calls me a ‘bully’ – well I’m going to show him what a ‘bully’ can do. I made my points today, I’m coming to fight, not for a payday or to roll over, I want his belt and I want to be a World champion again.

“I asked him if he was going to shake my hand and he did – I’m a gentleman. I still hate the guy and want to smash his face in at The O2, but man to man, this is a sport and we should respect each other for fighting.

“I don’t like judges’ decisions – it’s not good for me to have my life and my career in the hands of three people outside the ring. If I KO someone – there’s no argument, that’s what I like.

“We’re both at the point in our careers where we need to put in a big performance to stake a claim to fight for a World title, that’s going to make me put it all on the line, and I think it’ll do the same for him.”