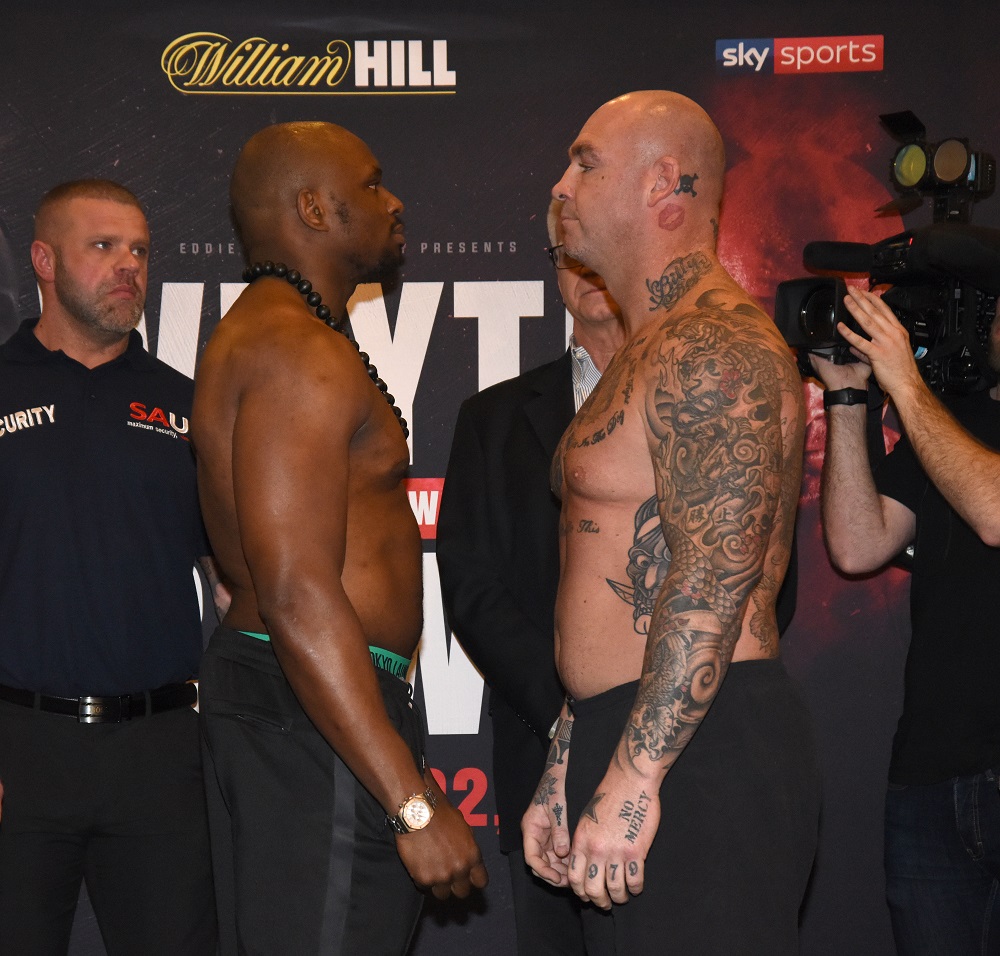 Dillian Whyte has got to the top of the bill the hard way – and he has no intention of letting Lucas Browne derail his path to World title glory as they clash at The O2 Saturday night, live on Sky Sports.

Whyte defends the WBC Silver Heavyweight title he won against a defensive Robert Helenius in Cardiff in October, landing the number one spot in the WBC into the bargain.

The ‘Body Snatcher’s’ admits boxing saved his life from a life of crime and gave him a second chance, but that was taken from him for two years 2012 following a failed drugs test. Whyte has battled to get back on track and now only Browne stands in his way to punching his ticket to the top table.

“It means a lot to headline The O2,” said Whyte, who scaled 18st 2lbs 2oz, nine pounds lighter than the challenger. “Topping the bills as a star is what I’ve been working for. Nothing good comes easy. Boxing is a hard sport to make a living from and it gets even harder to stay at the top when you get there. I am well aware of that, but I’m a tough man and I don’t give up easily.

“I’ve done it the hard way, built myself up and battled to get to where I am through a lot of setbacks. My rage and anger got me to a certain point in the sport and then I had the accident. I’m a realist and an analyst, I took myself away and I realised I had to become more professional and get good people around me and I made the transition, that’s what is here now and there’s still more to come, but I am getting there.

“You have to be yourself, if you are and you believe in yourself and what you say, you aren’t going to do wrong things, you just have to be honest and real, that’s all a man can do.

“Sky Sports and Matchroom are now right behind me so this is my time to shine. I should be mandatory challenger in maybe two or three governing bodies because I’m highly ranked in all of them and Lucas is a good name to have a win over.”

Whyte’s meeting with Browne tops a huge night at The O2 with a pair of great British title clashes as Frank Buglioni defends his Light-Heavyweight title against Commonwealth champion Callum Johnson and Lewis Ritson puts his Lightweight title up for grabs against former champion Scotty Cardle.