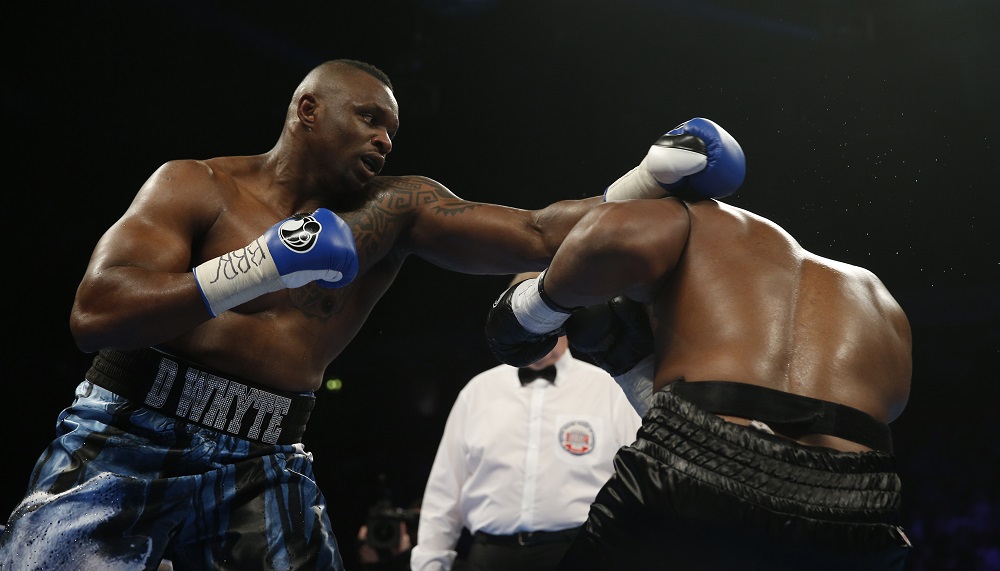 Whyte: Helenius Doesn’t Like The Heat – I’ll Cook Him On Saturday

Whyte wants to secure a showdown with WBC king Deontay Wilder in 2018 and knows that an impressive win over Helenius will take him a giant step towards that goal.

‘The Nordic Nightmare’ has vowed to destroy Whyte’s dreams, but Whyte doesn’t believe the former European champion will be able to stand the heat he’s preparing for the Welsh capital this weekend.

“I don’t think he likes the heat which will play against him because I’m coming to cook something on Saturday,” said Whyte.

“He was supposed to be the next Wladimir Klitschko, they were really pushing him at one stage. He’s had a couple of slip ups along the way but he’s very experienced compared to me.

“I’m very close to a World Title shot and with all of the World Champions out there being tall we’ve been chasing tall opponents for the past few. We’ve been unlucky securing those fights so now we’re here with Helenius.

“I’ve got a saying: ‘It’s better getting an ugly win than a pretty loss’, so I’ll do whatever I have to do when I get out there.”

Wilder defends his WBC crown next weekend in Brooklyn against Bermane Stiverne, the man he wrestled the title from in January 2015, but Whyte has been far from impressed with the Alabama man’s reign and wants to rip the belt from him as he looks to gain a huge rematch with Saturday’s headliner Anthony Joshua.

“Wilder is a disgrace,” said Whyte. “I want to get into a position to fight for his belt because he is not going to do it voluntarily.

“They will say AJ is number one. He has multiple belts and he’s the only one who is fighting the names. Wilder is a chump, he’s not fought a mandatory in two years and Joseph Parker is defending his title on YouTube so that shows his level. That says it all.

“AJ is the man at the minute. I want the rematch with Joshua. I’d like to fight Parker or Wilder first they are the two weakest World champions. I’d beat one of those which would then set up a massive rematch with Joshua over here at Wembley or Cardiff or even another country – I’d even fight him in Nigeria!”