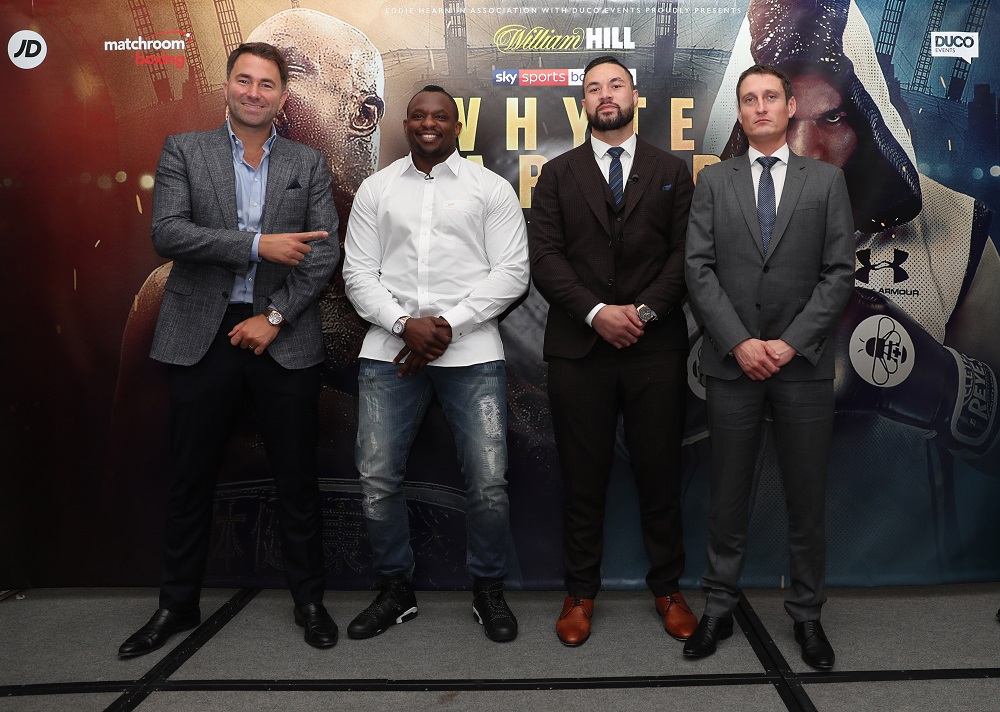 Whyte And Parker Sell Out The O2

The blockbuster Heavyweight clash between Dillian Whyte and Joseph Parker has now officially sold out after final production holds were released this week.

Whyte and Parker collide for the WBC Silver and WBO International Heavyweight crowns this Saturday at The O2 in London, live on Sky Sports Box Office.

‘The Body Snatcher’ is on the cusp of World title action after destroying Lucas Browne with a devastating sixth round KO in London in March to defend the WBC Silver title and number one ranking he’d landed by beating Robert Helenius in Cardiff in October.

Parker is back in the UK after fighting in the Welsh capital in an historic unification battle with Anthony Joshua in March, with Whyte’s old foe handing a first career defeat for the New Zealand star on points.

Katie Taylor, the biggest name in women’s boxing, continues her quest to unify the Lightweight division when she defends her WBA and IBF titles against mandatory challenger Kimberly Connor.

Undefeated Heavyweight Nick Webb puts it all on the line when he takes on popular Doncaster man Dave Allen in an Eliminator for the British title and Joshua Buatsi goes for his first pro title when he fights Andrejs Pokumeiko for the WBA International Light-Heavyweight strap.

Conor Benn fights for his first pro title in the WBA Continental Welterweight strap when he rematches Frenchman Cedrick Peynaud after their epic first encounter at York Hall and unbeaten Super-Welterweights Anthony Fowler and Craig O’Brien put their 0’s on the line.

“This is a hugely important clash for the Heavyweight division that has captured the imagination of the public,” said Promoter Eddie Hearn.

“Dillian Whyte’s career is on a ferocious upward curve right now and his popularity is continuing to grow.

“Dillian’s brutal KO of Australian Lucas Browne at The O2 in March underlined that prowess at the top level and now another visitor from down under is here to try to halt Dillian’s rise to the top.

“Joseph Parker is a softly spoken and likeable man – but make no mistake that in the ring, he’s all business and has bad intentions for Dillian – this is a real 50-50 contest and I’ve no doubt that the winner will be in World title action very soon.”