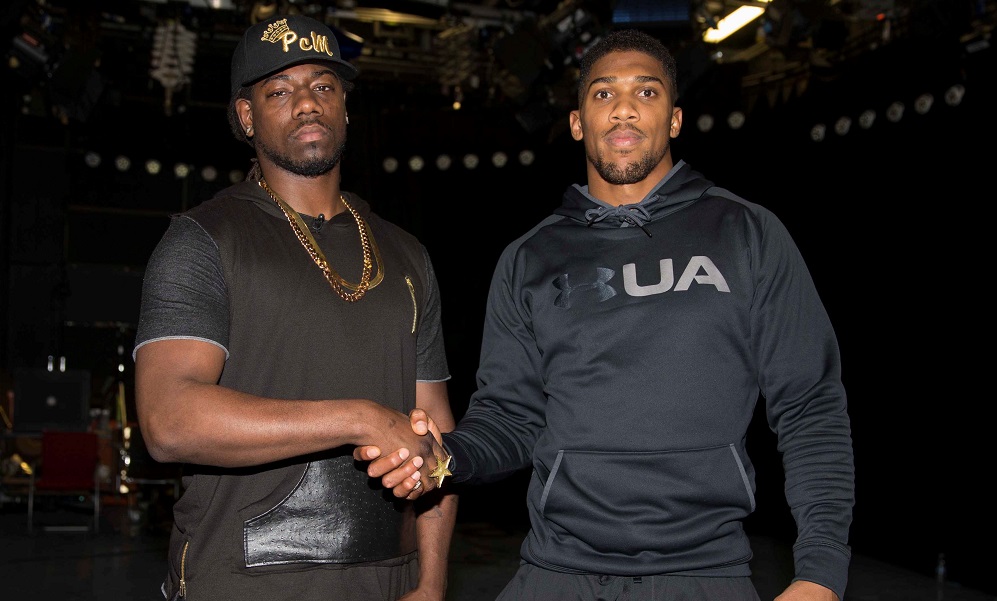 Matchroom Boxing are delighted to announce that the recently announced IBF World Heavyweight showdown between Charles ‘Prince’ Martin and Anthony Joshua MBE will be sponsored by the UK’s leading bookmaker William Hill.

The eagerly anticipated bout between the two unbeaten fighters will take place on the April 9 at The O2 in London. The fight, which is expected to be one of the biggest boxing bouts on British soil in recent times, can also be viewed on Sky Sports Box Office.

Martin will be making the first defence of the IBF title that he won by TKO against Vyacheslav Glazkov in January. The 29 year old has an unbeaten record of 23-1-0 with 21 wins by KO. The self-styled ‘Prince’ speaking on Sky Sports News this week said “I don’t talk, man. I let these talk,’ he said, holding up his clenched fists. ‘I let these talk for me. No doubts, see you April 9. I will win. I will knock him out. It won’t go12 rounds, heavyweights aren’t supposed to go 12 rounds.”

Alex O’Shaughnessy, Chief Marketing Officer at William Hill said, “Martin v Joshua is going to be one of the biggest sporting events this spring and we’re thrilled to be associated with it.”

“We’ve made Anthony Joshua a firm favourite to claim the world title but we expect the odds to contract as we get closer to fight night.”

Eddie Hearn, Managing Director of Matchroom Sport, said “Martin v Joshua is going to be a mega Heavyweight title showdown and we’re delighted to have a real heavyweight global brand like William Hill on board. I think it’s 50/50 fight. I usually agree with the bookies odds – but I think it’ll be a lot closer than William Hill have it.”

** William Hill will be sponsoring an Anthony Joshua card for the second time following their association with the ‘Bad Intentions’ card at The O2 in December. The firm also announced last week they will be sponsoring next Saturday’s World Super-Bantamweight unification clash between Carl Frampton MBE and Scott Quigg which is co-promoted by Cyclone Promotions and Matchroom Boxing.