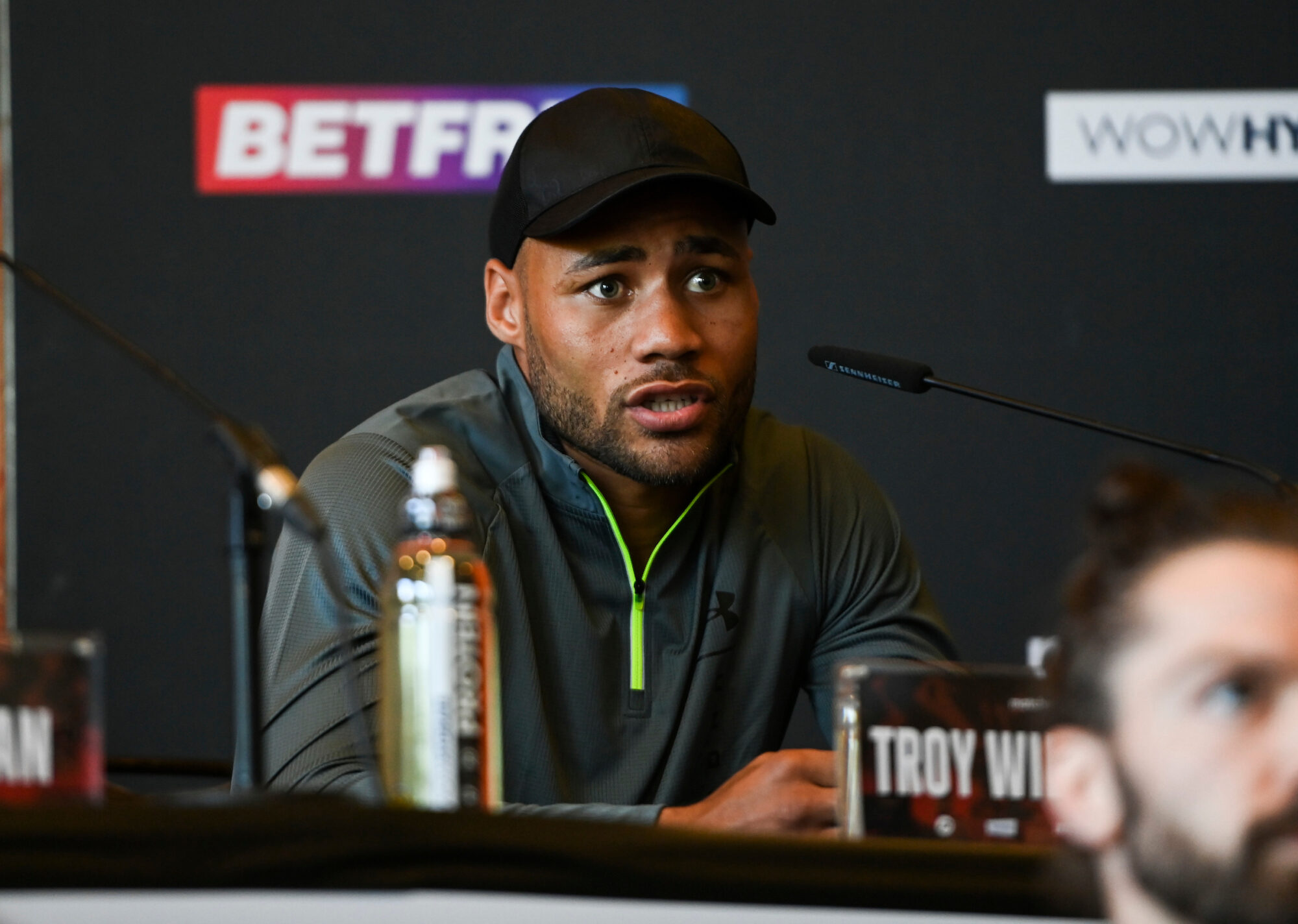 Williamson – I’ll be going home with the British Title

Troy Williamson is determined to prove that he is the number one 154lbs fighter in the country when he takes on two-time British Super-Welterweight Champion Ted Cheeseman for the Lord Lonsdale Challenge Belt at the M&S Bank Arena in Liverpool this Saturday October 9, live worldwide on DAZN.

‘Trojan’ (16-0-1, 12 KOs) landed his shot at the famous belt by stopping Scotland’s Kieran Smith in six rounds of their Final Eliminator at York Hall earlier this year, and the chiselled 30-year-old from Darlington believes that a win over Cheeseman will place him at the top the stacked 154lbs division.

Williamson, who spent two years with the Team GB set up in Sheffield during his amateur days, concedes that Cheeseman has the upper hand in terms of the level or previous opponents faced, but insists that this won’t matter when the bell rings and he takes on his toughest challenge to date.

“I’ve been saying for years that I deserve the chance to be involved in these big fights,” said Williamson. “I’ve told everyone that I’m good enough and this is my chance to prove it. I believe that I’m the best 154lbs fighter in the division.

“I carry power in both hands"

“I’ve been offered some big fights in the past and I’ve accepted them all. It’s just unfortunate that some of them never happened for whatever reason. As soon as the Ted Cheeseman fight got mentioned I accepted it because he’s a warrior.

“This Saturday we’re getting down to business. Ted is a great two-time British Champion. That says it all. He’s the number one fighter in the division. You can’t deny that. I just know what I possess and what I’m going to bring on the night. I’ll be going home with the British Title.

“We’ve had a similar number of fights; I think he’s had one or two more fights than me. I’ve not had it the easy way. I’ve had it tough when I had to sell tickets myself on these small hall shows. I’ve not had no bums just to knock over. I’ve come through the hard way and it will show on the night that experience won’t matter.

“You’re going to see the best of me on Saturday. The better the opponent, the better version of Troy Williamson you’ll see. Ted Cheeseman is the biggest fight of my career and he’s probably the best fighter I’ve boxed in my career. It’s going to be a cracker, there’s going to be fireworks.

“I carry power in both hands. If I hit anyone on the chin at 11st in 10oz gloves I’m going to hurt them. If the stoppage comes it comes. We both like to have a tear up, we’re both fit and both very tough. I’m not one to backdown from a fight. When the big fights come I’ll always take them and so will Ted.”