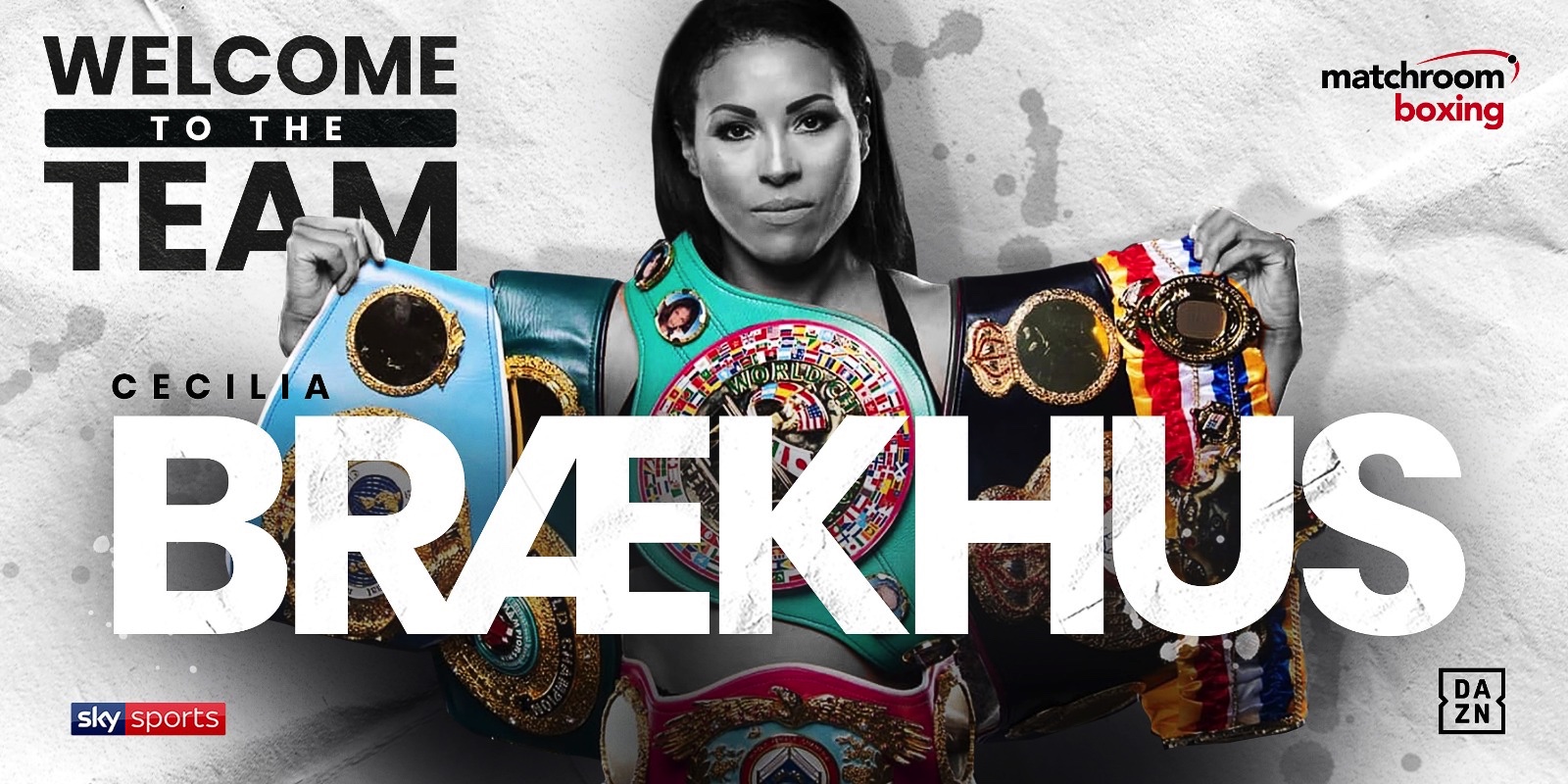 Matchroom Boxing are delighted to announce the signing of Undisputed World Female Welterweight Champion Cecilia Braekhus on a multi-fight deal.

Pound-for-pound star Braekhus (35-0, 9 KO’s) of Bergen, Norway won her first World honours back in 2009, when she unanimously outpointed Denmark’s Vinni Skovgaard in Germany to claim the WBC and WBA World female Welterweight titles.

‘First Lady’ went on to successfully defend her unified status twice in that same year, before adding the WBO title to her growing collection in May of 2010, in what was just her 14th professional bout.

Achieving historical greatness in September 2014, Braekhus traveled to Denmark where she won a dominant decision over Ivana Habazin claiming the IBF title and becoming the first woman to be crowned ‘Undisputed’, a title she continues to hold.

Braekhus has since defended her ‘Undisputed’ crown on nine occasions including four times in her native Norway where she was instrumental in having the 33-year ban on professional boxing lifted.

Details of her first fight under the Matchroom Boxing banner will be announced shortly.

“I’m very proud to announce that I am joining forces with Matchroom Boxing for the next chapter of my journey,” Braekhus. “As always I’ll be looking for the biggest fights and the toughest challenges in the ring. Thanks very much to my fans all over the world who have supported me for so many years, I’m excited to return to the ring soon. Thanks also to my team who have worked diligently to make this happen.”

“I’m delighted to welcome Cecilia to the team and I’m very excited for the future,” said Eddie Hearn. “Cecilia has been a pioneer of women’s boxing and is established as one of the biggest stars in the sport. Right now women’s boxing is stronger than ever and there are some huge fights and events to be made over the next few years that I fully expect Cecilia to be a major part of.”

Tom Loeffler, advisor to Braekhus, said: “Working with Matchroom Boxing and DAZN will provide Cecilia the opportunity to get the high profile fights she’s been looking for. Cecilia had a tremendous last year and looks to continue her dominance as the best pound-for-pound female champion in 2020.”