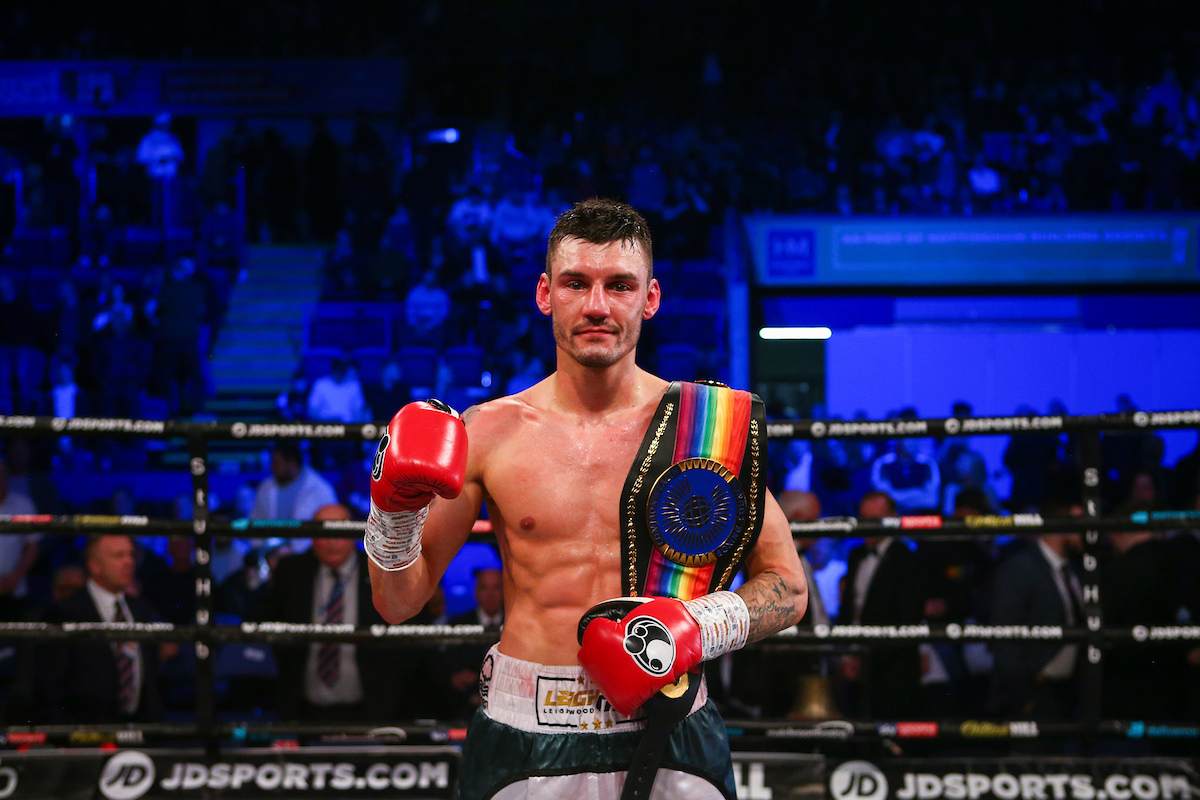 Wood Chops Down Doyle In Nottingham

Leigh Wood secured an impressive stoppage win against Ryan Doyle to retain his Commonwealth Featherweight title at the Motorpoint Arena Nottingham on Saturday.

The local hero dominated the fight and had blooded Doyle by the halfway mark before landing a stunning left hook in the tenth and final round that saw the former champion counted out on the canvas.

“Incredible. Best night of my boxing career so far, loved every minute of it,” Wood said on Sky Sports afterwards. “I felt a little bit flat in the changing room but the crowd picked me up. I had to box smart, he’s a tough kid.

“Credit to Ryan Doyle, he’s a tough, tough kid. He was fit but I poured my heart into that camp and he wouldn’t beat me tonight no matter what.”

Jordan Gill lost his WBA International Featherweight title to Enrique Tinoco in the first loss of his professional career.

Gill was dropped three times by brutal body shots from his Mexican challenger before trainer Dave Coldwell pulled his man out after eight rounds.

Speaking after the loss Gill said: “I’m not going to make excuses but I’m going to. I’ve been on the toilet all afternoon. I think I’ve got food poisoning, I was not going to pull out on the day, I didn’t want to quit in the fight.

“He’s a good fighter but that was not me in there. I was terrible, I couldn’t do anything in there. Every time he touched me, it felt like I was going to explode. I will have to come back another day, but tonight is his, congratulations to him.”

Earlier in the night, Rotherham Lightweight Atif Shafiq moved to 21-2 with a comfortable 60-55 points win over Mexican Arturo Lopez.

Liverpool’s Stephen Smith got back to winning ways in his first fight since December 2017, earning a 60-54 decision over Des Newton.

Bournemouth Cruiserweight Chris Billam-Smith stopped Italy’s Yassine Habachi in three rounds to progress to 9-0 (8 KOs) ahead his his WBA Inter-Continental title clash with unbeaten Londoner Richard Riakporhe at The O2 on July 20.

Ipswich Heavyweight Fabio Wardley looked impressive as he stopped the durable Dennis Lewandowski in three rounds to move to 7-0 (6 KOs).

Sheffield’s most successful ever amateur Dalton Smith began life in the paid ranks with a classy punch-perfect 40-36 points win over Croatia’s Luka Leskovic.

Carlton Featherweight Brad Daws had to wait to the very end of the night to produce an explosive first round KO win over Zigurds Krauklis.