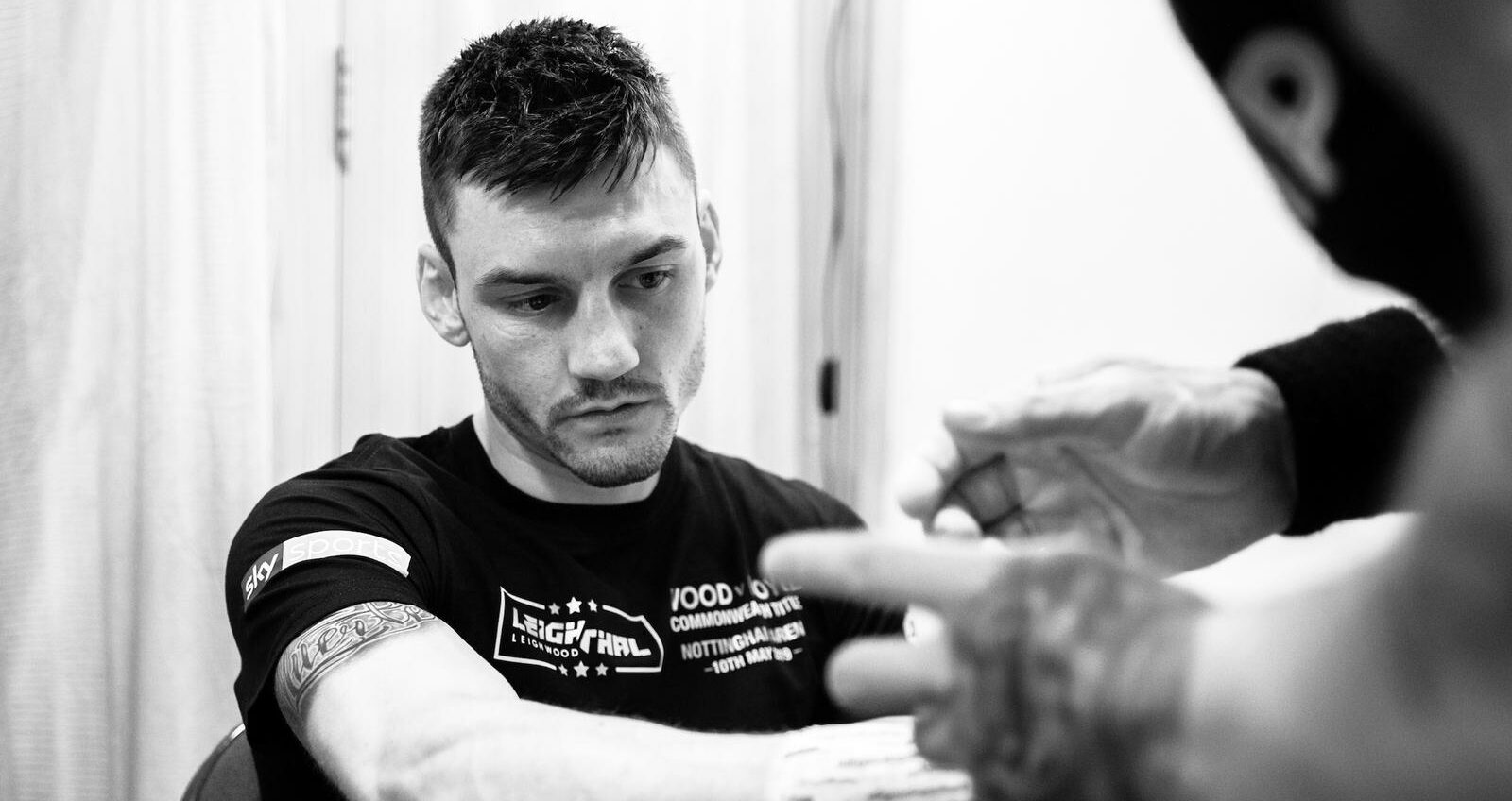 Leigh Wood is predicting an early finish when he collides with Reece Mould for the vacant British Featherweight Title at The SSE Arena, Wembley on Saturday February 13, live on Sky Sports in the UK and on DAZN in the U.S. and more than 200 countries and territories.

Nottingham’s Wood (23-2, 13 KOs) narrowly lost out to eventual MTK Golden Contract winner Jazza Dickens in February last year, but heads into his second attempt at capturing the prestigious Lord Lonsdale Challenge Belt with a new approach and full of confidence having linked up with trainer Ben Davison in recent months.

“New trainer, new place. It was challenging at first but it’s without a doubt the best move I’ve made,” said Wood. “The way I view boxing, my perception of things, I’ve started learning! I’m going in there with a game-plan and I know exactly what I’ve got to do.

“When you look back at my previous fights, I spent most of my time dancing around, not using my biggest attribute which is my power. One of the first things Ben asked me is, why do you fight like that? When I watch back the fight with Jazza Dickens I’m shaking my head! It’s almost cringey, it’s a hard watch when I identify all the things I’ve been working on now. I can’t wait to show the new and improved version of myself.”

"I can’t see him hearing the final bell, I’m on fire at the minute!"

In just his 12th pro fight, Wood boxed Gavin McDonnell for the British Super-Bantamweight crown but was handed his first defeat, a loss that has made his desire to win the belt at the second time of asking even stronger.

“From when I turned professional winning the British Title was something I wanted to do. It’s a box I want to tick so I’m extremely focused on the job at hand.

“When I was fighting for the British Title for the first time I was unbeaten and I didn’t want to lose my 0 at any cost, but it’s all experience. You don’t get easy fights for the British Title, they don’t give them away! I’m confident because I’ve put the work in that 100% I’ll bring it home on February 13th.”

Wood is all too aware that Mould (13-0, 6 KOs), the current English Champion and stablemate of Featherweight kingpin Josh Warrington, will be no easy touch and has prepared for a tough fight.

“We’ve studied Reece Mould, we know his strengths and weaknesses. He’s a good fighter, you don’t win Titles if you’re not. I just think he’s very basic in what he does, he’s not very adaptable and I think that’s going to be key for me.

“I’m not expecting an easy fight but it’s one I’m very confident of winning. I can’t see him hearing the final bell, I’m on fire at the minute. Everything is coming together at the right time! I’m going to be hitting him with some incredibly big shots that he won’t see coming, it’s going to be a great night for me.”