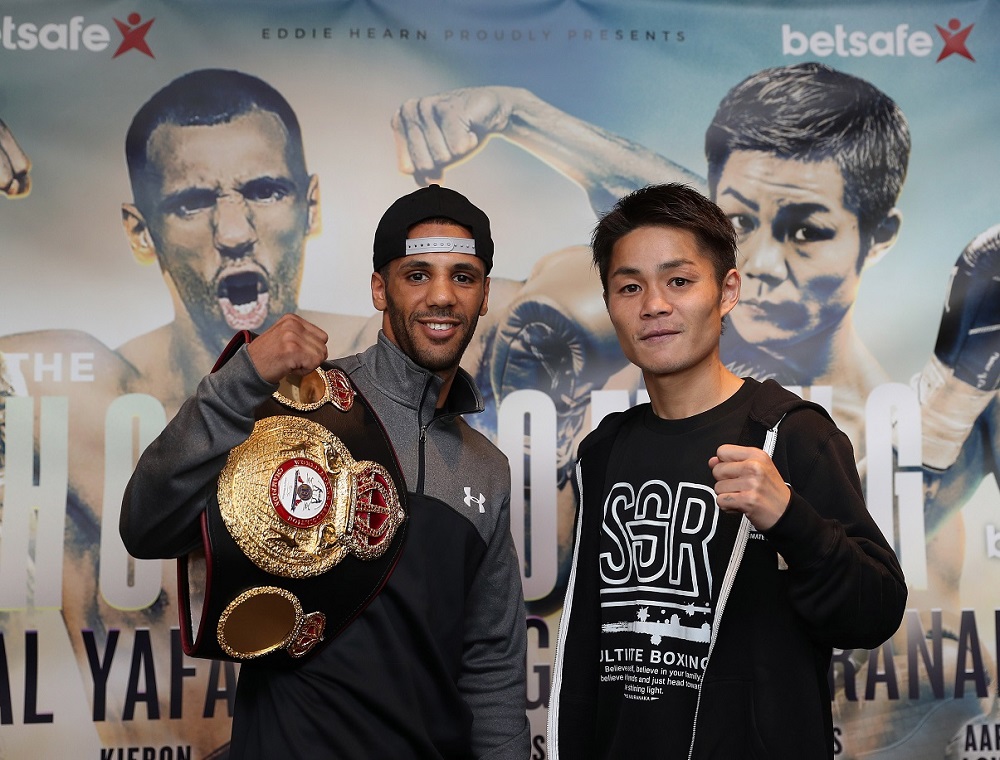 Kal Yafai believes he can build something special in Birmingham and wants to unify the Super-Flyweight division as he prepares to make the first defence of his WBA title against Suguru Muranaka at the Barclaycard Arena in Birmingham on Saturday night, live on Sky Sports.

Yafai became the second city’s first World champion in December with a punch-perfect display against Luis Concepcion in Manchester, and the unbeaten 27 year old wants to turn the Arena into a fortress – starting this weekend.

“It’s such an honour to be Birmingham’s first World champion. I consider myself to be the flag bearer for Midlands boxing now, I just want to make sure there’s more talent and inspire more fighters to achieve the same.

“I want to be a big role model for Birmingham and the Midlands all together. Birmingham has been craving World Championship boxing for some time, for me to be bringing the World title back and with being born and bred in Birmingham is an honour.

“Walking out in front of my fans with the belt is a privilege and I can’t wait. I’d love to turn the Barclaycard Arena into my fortress.”

Yafai is in a talent heavy division with Muranaka’s countryman Naoya Inoue holding the WBO crown, Jerwin Ancajas the IBF and the WBC belt in the possession of Wisaksil Wangek, who edged out pound-for-pound star Roman Gonzalez in March – and Yafai wants to face the best to add more belts to his collection as soon as possible.

“Unification bouts are very much part of my plan – and sooner rather than later. Whatever my team puts in front of me, that’s what I’ll take. I’ve got the best team in the business around me who advise me what to do and when to do it, so I listen to them first and foremost but I like to take it all one fight at a time. I’ve got to concentrate on this fight solely and then we’ll go from there and see what is next.

“I haven’t really studied Inoue much. I’ve seen a couple of his fights when he’s boxed lately. Obviously, he’s massive talent and a very good fighter. If that could happen down the line then that would be great.

“I thought Gonzalez nicked the fight with Wangek by a couple of rounds. In the rematch which seems to be on the cards, I think he’ll win convincingly. Before that fight Gonzalez was up there at number one on my pound for pound list and he’s still up there in my top three.

“Ancajas could be the likeliest of unifications but it depends what and when they are available. Either or, I’m not really bothered. I’d love to fight Gonzalez, obviously he’s the name in the division. If I had to hold out and wait, have another defence or two before fighting Gonzalez then I’d do that.”

Yafai’s World title defence is part of a huge night of action in Birmingham, where Sam Eggington challenges Ceferino Rodriguez for the European Welterweight title.