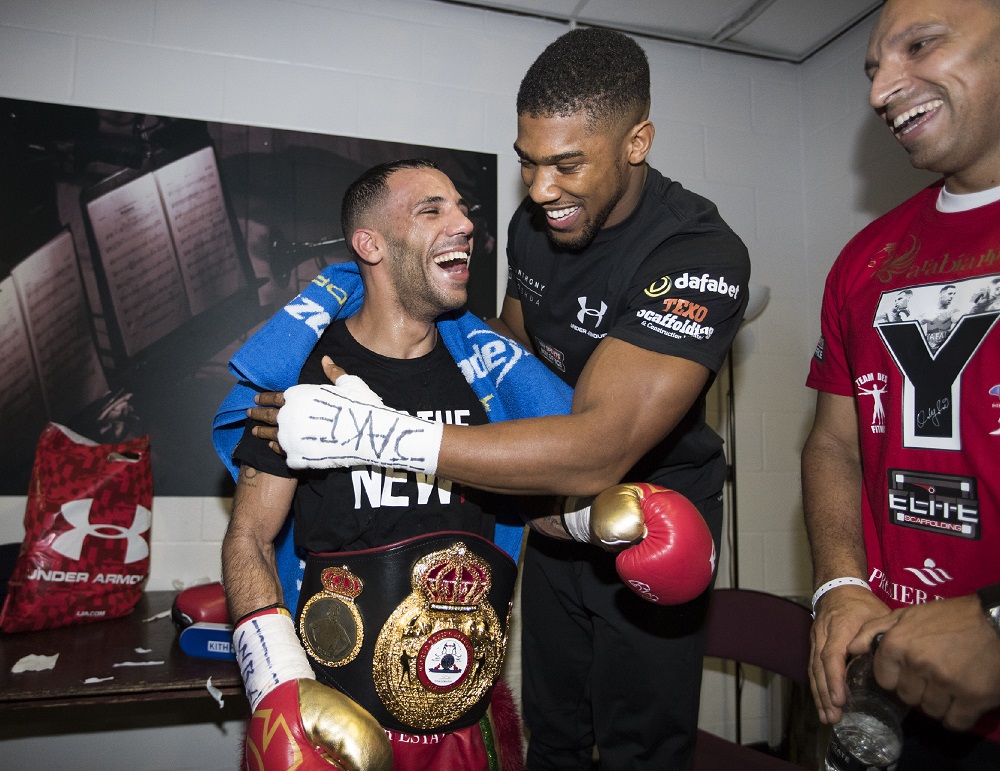 Yafai: Joshua Has Inspired Me To Unify The Division

Kal Yafai says Anthony Joshua MBE has set a new benchmark for British fighters to follow as he prepares to make the first defence of his WBA World Super-Flyweight title against Suguru Muranaka at the Barclaycard Arena in Birmingham on Saturday night, live on Sky Sports.

Yafai and Joshua are close from their days as Team GB teammates, and Yafai won the crown he defends on home turf this weekend on the undercard of Joshua’s win over Eric Molina in Manchester in December.

Yafai was unable to attend Joshua’s epic win over Wladimir Klitschko at Wembley Stadium last weekend, but the 27 year old was bursting with pride as Joshua KO’d the Ukrainian in the 11th round, and believes that Joshua has raised the bar higher than ever for British fighters.

“I was unbelievably proud and happy for Anthony Joshua,” said Yafai. “When he got put down I was very nervous, I was praying for him to get up and recover and that’s what he did. It showed what a World Champion needs to do when it gets tough in there.

“He has completely smashed it now, onto bigger and better things for him. The world is his oyster. It was such a hard and big fight. I’d like to see him fight Tyson Fury but it doesn’t sound like that’s possible to happen next. If he can get a defence for one of his Titles against a contender then move onto one of the other Heavyweights like Wilder would be great.

“I still see him regularly. We come on the Team GB squad together. He’s a good lad, one of the nicest people in boxing. He loves his boxing so much. He soaks everything up like a sponge. He just still wants to learn, he’ll get better and better as he goes on. I mean he’s still only young! Realistically a novice still. He’s a funny lad and good to be around. I’ve got a lot of time for him. He’s raised the bar now – beating Klitschko at Wembley is just massive, and it’s something that we’ve all got to aspire to.

“Winning the World Title on his undercard was great. It took me four and a half years going from amateur into the pro game and winning a World Title. Doing it on a massive show headlined by AJ was special. We are Eddie Hearn’s only two World Champions who he’s had from their debuts.

“I was very pleased with my performance that night. I had to do what I had to do. I stayed focused on my own game plan, even after he failed to make the weight. I got in there and done the business. I out boxed him for 12 rounds. I made it as easy as possible.”

Yafai’s World title defence is part of a huge night of action in Birmingham, where Sam Eggington challenges Cerefino Rodriguez for the European Welterweight title.