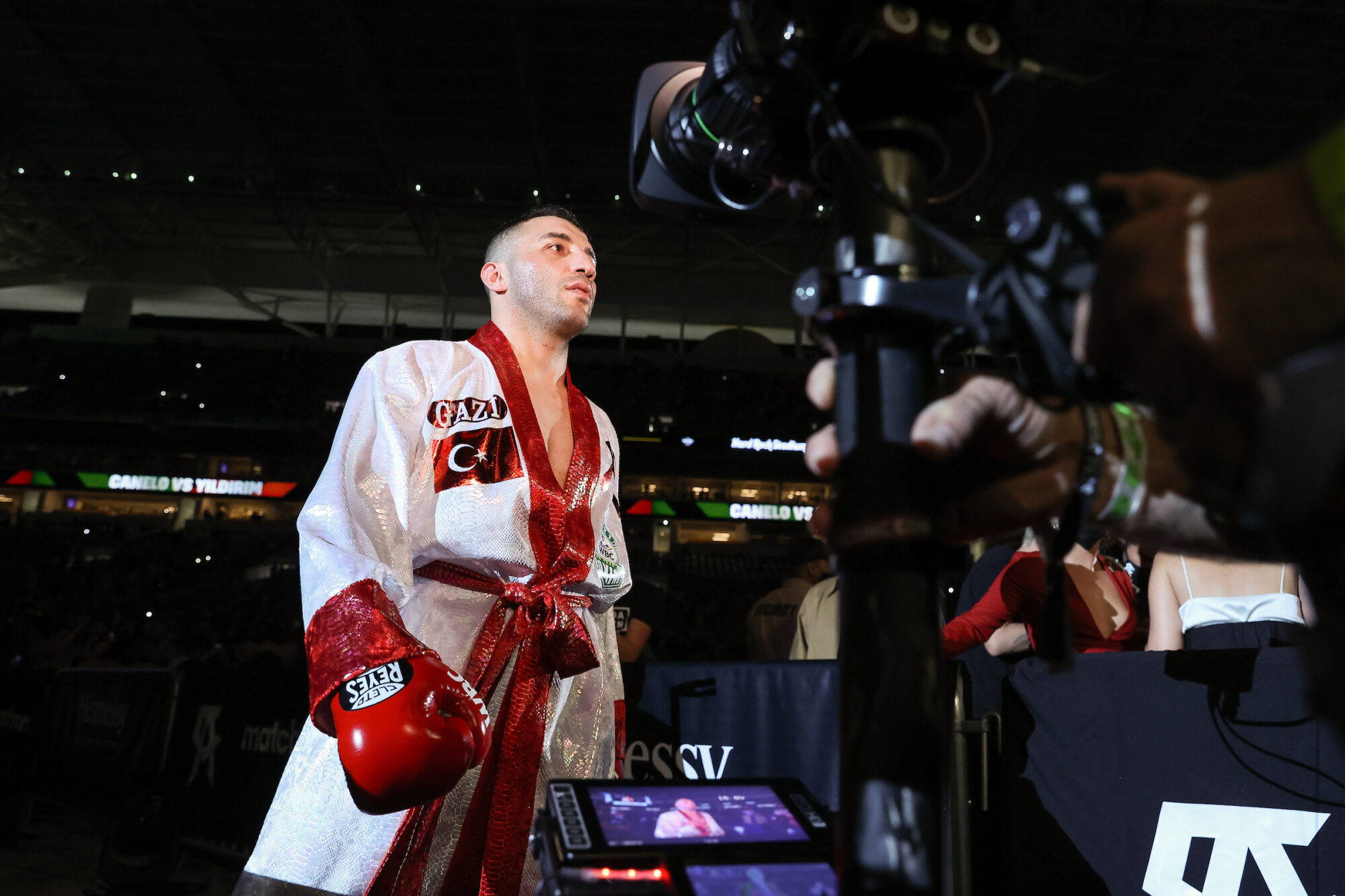 'Mr Robot' looks to bounce back against Cullen

Avni Yildirim has brushed off his defeat at the hands of pound-for-pound king Canelo Alvarez and is ready to launch his quest at a new weight when he takes on Jack Cullen on the first week of Matchroom Fight Camp in Brentwood, Essex on Saturday July 31, live worldwide on DAZN.

Yildirim (21-3 12 KOs) took on Canelo in Miami in February, challenging the Mexican star for the WBC and WBA World Super-Middleweight Titles at the home of the Miami Dolphins, but the Turk was unable to dethrone the champion and was pulled out after the third round by then-trainer Joel Diaz.

The 29-year-old previously challenged Anthony Dirrell for the vacant WBC strap in February 2019, losing via a controversial split decision in Minneapolis, and now Yildirim has chosen to drop down to 164lbs in a catchweight clash with Cullen and to also team up with a new coach in Pedro Diaz.

“The Canelo fight is old news,” said Yildirim. “I am looking to open a new page on my career down at Middleweight. I have a new trainer in Pedro Diaz, it’s a new start and I have a new lease of life, everything feels good.”

“I am looking to open a new page on my career"

Diaz is one of the world’s finest trainers, having worked with the vaunted Cuban teams in four Olympics and guiding the Dominican Republic in another, before switching to the pro game and working in the corners of modern greats like Miguel Cotto and Guillermo Rigondeaux, and Yildirim will be looking to absorb his years of experience in this new chapter.

Yildirim’s first assignment under Diaz sees him take on ‘Little Lever’s Meat Cleaver’ over ten rounds at the second instalment of Matchroom’s Fight Camp in Brentwood, Essex. Cullen fights for the second time in the unique setting having drawn with Zak Chelli last summer and added a fine win over John Docherty to his CV in November.

A clash with Yildirim came out of leftfield for both men and has been well received by pundits, but Yildirim is not focusing on his British foe, but looking to make a statement in the Middleweight division and warn the belt-holders that he is gunning for their hardware.

“I’m in a new gym, new atmosphere,” said Yildirim. “Pedro is one of the best trainers in the world and a great guy, and I think that he can make me a World Champion at 160lbs, and I’m telling the champions – I am coming for you.

“I know what I want to be, a great champion at Middleweight, and Pedro believes in me and says that I can do it. My motivation is so high, and my body and my mind are both in a great place.”