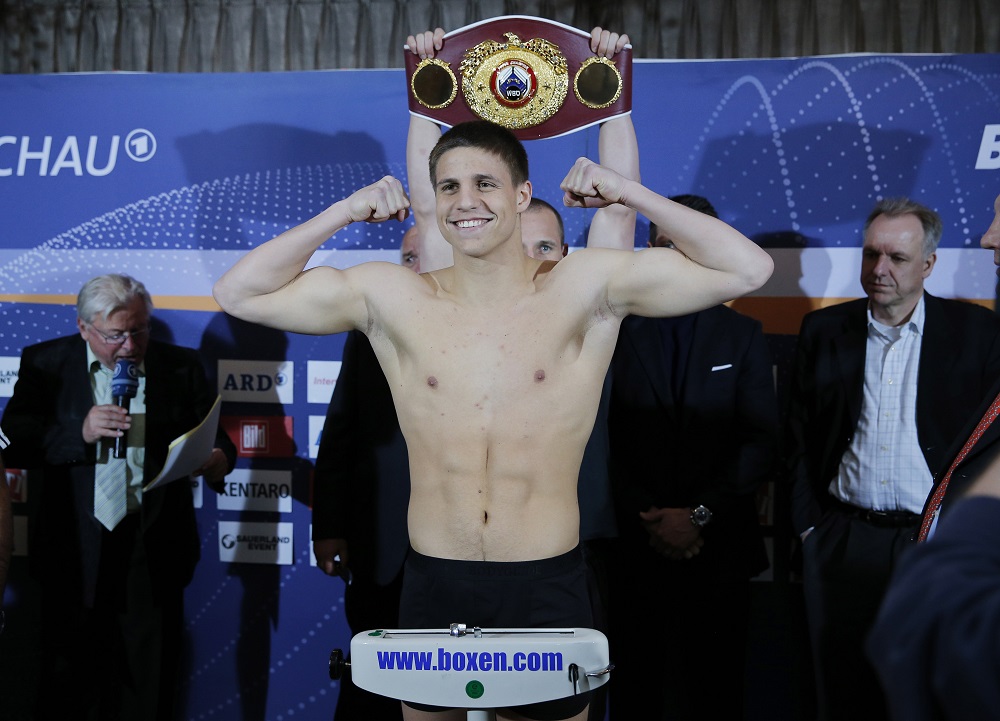 Zeuge: Smith Will Not Take My Title!

Tyron Zeuge (20-0-1, 11 KOs) says Paul Smith (38-6, 22 KOs) will not take his title when they meet for the WBA World Super Middleweight Championship on Saturday, June 17 at the Rittal Arena in Wetzlar, Germany, live on Sky Sports.

Zeuge captured the WBA strap with an impressive knockout victory over Giovanni De Carolis on November 5, 2016 at the MBS Arena in Potsdam. Having fought to a stalemate four months earlier, Zeuge claimed the title in style, stopping the Italian champion with just 19 seconds remaining in the final round.

The Berlin boxer then retained his belt with a technical decision against Nigeria’s Isaac Ekpo. He was ahead on points when the referee stopped the fight in the fifth round due to a cut above his right eye following an accidental clash of heads.

The 25 year-old is now set for a second defence against former British Champion Smith, who returns to Germany for a third attempt at World honours following back-to-back defeats to Arthur Abraham in September 2014 and February 2015.

“Paul Smith is a good opponent with a lot of experience,’’ said Zeuge. “I’ve watched both his fights with Arthur Abraham, and I know he will be coming to win. However, I believe his style is well suited to mine, and I’m confident I can beat him. I’m expecting a tough fight, but I guarantee Smith will not take my title!

“I’ve been training hard with my coaches Juergen Braehmer and Michael Timm. We’ve prepared a good game plan, and I feel fit and strong. It gives me a lot of confidence to have so much experience in my corner. Juergen has been in my position many times before, and he knows what I to do and what advice to give.

“I’m excited to be defending my title. I‘ve worked really hard to get to where I am today and I will not give it up easily. I’m the last World Champion left in Germany, and while I don’t allow myself to feel any additional pressure, I know this is an important fight, not just for me, but for my countrymen too.

“Germany and England have always had a big sporting rivalry. I hope we can give both sets of fans an exciting fight with lots of action. Smith has tried and failed to win a World title here twice before, and on Saturday, it will be 3-0 to Germany.”

The WBA World Super Middleweight Championship clash between Tyron Zeuge and Paul Smith will be shown live and exclusive on SAT.1 and ran.de in Germany, and Sky Sports in the UK. Limited tickets are still available online via www.eventim.de or by calling the ticket hotline on +49 (0) 1806-570044.