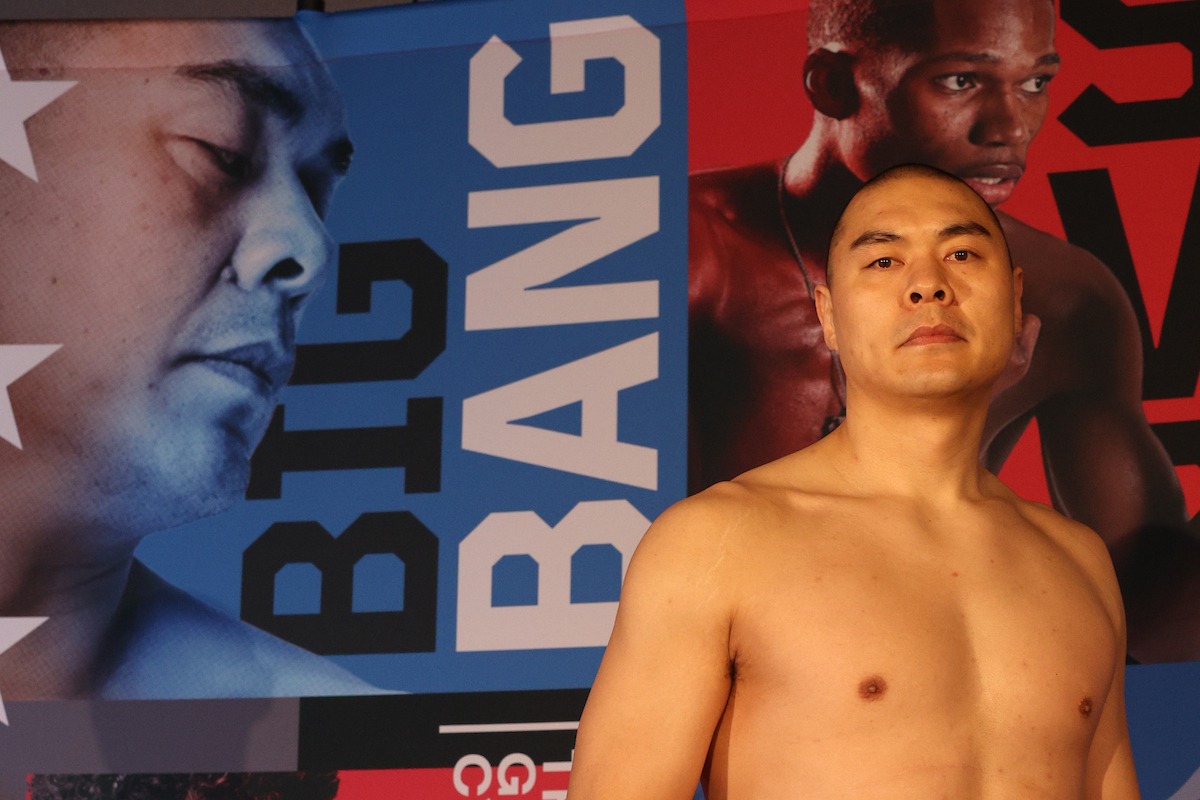 Zhang: Fighting AJ in China would be huge

Zhilei Zhang believes a fight with Heavyweight king Anthony Joshua in China would be a mammoth event – but he knows he needs to start ramping up his pursuit of World honors as he prepares to face Jerry Forrest on Saturday February 27 at the Hard Rock Stadium in Miami Gardens, Florida, live worldwide on DAZN (except Mexico).

TICKETS FOR CANELO VS. YILDIRIM ARE ON SALE NOW FROM TICKETMASTER – TICKETS START AT $55 (PLUS FEES) – FANS CAN VISIT HARDROCKSTADIUM.COM FOR MORE DETAILS

Zhang (22-0 17 KOs) celebrates the Chinese New Year today, but his own celebrations are on hold as the Olympic silver medal man focuses on putting on an impressive performance in front of a big audience, both live in the stadium and globally on DAZN, fighting on a Canelo undercard for the second time having boxed in his sixth pro fight on the undercard of Canelo’s win over Miguel Cotto in Las Vegas in November 2015.

The 37 year old has previous with Joshua, with the Londoner beating him in the quarter-finals of the 2012 Olympics en-route to winning gold, so Zhang would love to set the record straight in a blockbuster show in his home country. The Chinese giant knows that he has work to do to get such a showdown though, and as he returns to action following a destructive KO win over Devin Vargas in Florida in November, he knows the pressure is on to perform against Forrest (26-4 20 KOs) and kick his 2021 off in style to get the ball rolling for his dream fight.

The sports fans there like boxing, they like AJ, so if we can make it happen it would be huge for boxing.

“I would love to fight AJ in China because of our amateur backgrounds,” said Zhang. “The venue is there, the Bird’s Nest holds 100,000, so we have it all. Beijing and Shanghai are the biggest cities, very economically developed and boxing in China is growing. The sports fans there like boxing, they like AJ, so if we can make it happen it would be huge for boxing.

“I took a week off after the last fight and was right back into the gym. Shaun George is a great trainer, he’s very professional and dedicated, Terry and Tommy Lane my advisors are making things happen on their end and the whole team have made this camp great and it’s gone so well.

“It was a good performance last time out but we’ve seen what I can do better and in this camp we’ve focused on that, and we have also worked on becoming stronger so I will be prepared for Jerry.

“Jerry has a good record and I respect him a lot. We’ve studied him and know all about him. I hope that when it comes to the fight, we put on a good show for the fans.

“I’m excited to be on the same card as Canelo, he’s an amazing fighter in the ring and a great businessman outside the ring. It’s a big plus and it gives me the chance to showcase my skills to a huge audience and build to bigger fights later in the year.”

Zhang’s clash with Forrest is part of a huge night of action on the undercard of Canelo’s World title meeting with Yildirim.